Women's Day: If We Stop, the World Stops 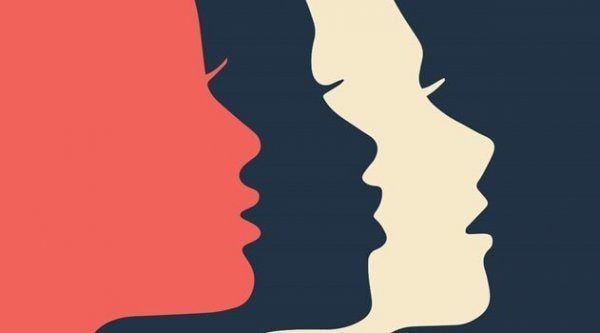 Rubén Darío once said that without women life would just be rhetoric. But we’re more than just poetry, because the world would stop without us. We’re everywhere. We bring life, create, produce, lead, dry tears, breastfeed, inspire, heal lives, innovate… We should be remembered for all of this on International Women’s Day each year.

“If we stop, the world stops” was the chosen theme for this year’s Women’s Day. Now, more than ever, there0s a huge desire to raise awareness and expand on the unstoppable echo of the #MeToo movement that began several months ago. Every day, women fight their personal battles in the streets. They also fight on social media and in situations where they have to stand up for their rights, decry inequality, and demand progress.

A few days before this year’s International Women’s Day, Frances McDormand gave a moving speech after winning her Oscar. She reminded us that women have a lot of stories to tell. Actresses, producers, scriptwriters… all these women have fabulous projects in mind. However, not a lot of women’s ideas get funded. The world still holds the measure of the masculine as standard, and we’ve gotten so used to it that we almost can’t imagine another perspective.

The slogan isn’t new. The message appeared for the first time in Iceland, on October 24, 1976. It was a historic moment, a turning point for this country which leads all other countries on the subject of gender equality. In fact, just a few months ago, Iceland approved a law that protects salary equality between men and women.

That day, 90% of women in Iceland decided to simply not go to work nor do anything else. This included housework, caring for children or dependent relatives, and going to college. More than 25,000 women showed up at the Reykjavik main square to demand their rights. Five years later, Iceland chose its first female president: Vigdis Finnbogadottir.

Forty-three years later, Spanish women decided to use this year’s International Women’s Day to repeat the same protest. They went on strike from their jobs, boycotted shops, neglected their care duties, and didn’t go to university. The world stopped that day without the women in their usual roles. But this forced the world to hear their voices and their demands.

What were the goals of the March 8 strike?

These protests in Spain focused on highlighting the discrimination that exists in four specific sectors:

One thing that’s important to remember is that all these demands aren’t exclusive to women. Any person, regardless of their gender, has the right to join these protests.

All voices can be heard more clearly when they come from a place of harmony and conciliation that defends the equality of opportunities for all people and the need to build a better future.

Let’s not neglect that role. We have to continue what our mothers and grandmothers started. By clearing the path for us and working relentlessly, they helped us progress.

We can’t forget the generations to come, the future boys and girls who deserve all this. Let’s work for a world with no glass ceilings, remembering that we’re the ones who have to free ourselves from our own limitations, with the awareness that we’re able and deserve to achieve our dreams.

Maybe the word "tinnitus" doesn't mean anything to you, but the truth is that all of us, at some point…