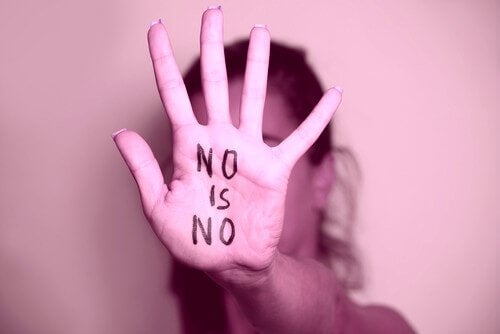 Humberto Robles, a Mexican playwright, wrote the play Women of Sand (Mujeres de arena). It’s the testimony of women who speak about the horror of the femicides in Ciudad Juarez. Women of Sand speaks out against these murders and places them on center stage. The play is a deeply human portrayal of the tragedy of the killings and supports the movement of the murdered women’s families.

Humberto Robles is a Mexican writer, screenwriter, and human rights activist. In 2007, Spanish media reviewed Robles and his work. They wrote: “Today Robles is, perhaps, one of the most represented Mexican playwrights in Latin American community theater”. [translation] They also said, “He is one of the most promising authors of contemporary theater in Mexico, having published important texts about the difficult conditions of the life of Mexican women”. [translation]

In his play Women of Sand, he addresses the murder and disappearance of Mexican citizens through the voice of four women. The characters are a mother, a cousin, a sister, and a murdered young woman. They narrate the story of Natalia, Micaela, Lilia Alejandra, and Erendira. All three were femicide victims in Ciudad Juarez. Interspersed among their testimonies are poetry and statistics that reveal the government’s lack of interest in eradicating these crimes.

The total number of disappearances and murders is heartbreaking. The climate of violence is growing. To date, authorities haven’t taken any concrete actions to clarify the data they have about the femicides.

The term femicide refers to hate crimes and murders against women that are motivated by their gender. The term refers to serious crimes that happen in the context of discrimination and gender violence. This violent crime is directed at women and girls who are subject to cruel dehumanization.

“It would appear to be easy to make a living person disappear. The question is how to make the dead disappear. You can bury a body, but not a ghost. Kill! And then? Why shut the door against the living during the day if the dead will come every night to sit at the edge of your bed?”

Women of Sand: The victims of Ciudad Juarez femicides

The majority of the victims share common traits. They’re of similar age (between the ages of 15 and 25) and they’re usually poor. From a young age, these women have had to support themselves. So often, the only way they can make a living is to work in factories or maquiladoras.

The maquiladora industry produces products for export. Most of the orders come from the United States. The companies are subsidiaries of U.S. companies that set up factories in Mexico due to the low labor costs.

These young women work 12-hour shifts for minimum wage. Working conditions are often abysmal. They don’t have rights or appropriate working conditions. Turnover is high. Consequently, the disappearance of one of these women doesn’t get too much attention. The terrifying thing is that almost every maquiladora employee knows about a woman who has disappeared.

Pink crosses: A symbol of the women who have disappeared

Activists spoke out against the first disappearance over twenty years ago. The first documented femicide was of Alma Chavira Farel, who was thirteen years old. Her body was found on January 23rd, 1993. Her attackers had raped her and strangled her. The horror of the femicides began with Alma.

In every location of a registered disappearance, the victims’ families paint, place, or bury a pink cross with a black background. These crosses are symbols of the femicides. However, authorities often cover them up or take them away. They try to repress the people who’re speaking out and cover up the terrible tragedy.

People who protest against the killings also carry pink crosses. Family members, friends, and sympathizers march to bring awareness of the murders of women in Ciudad Juarez. They walk the streets carrying messages like “Femicide Nation” or “Not one [woman] less”. They place a cross on every bench, wall, or empty space.

The number of pink crosses is growing every year due to the population’s indignation. A pink tide is tearing through the streets of Ciudad Juarez demanding justice.

A government unwilling to help stop the tragedies

In conclusion, impunity is rampant in Ciudad Juarez’s government, especially when it comes to femicides. Bad management, corruption, and the Mexican authorities’ negligence led the Inter-American Court of Human Rights to make a historic condemnation. In 2009, the court denounced Mexico for its femicides for the first time ever. Unfortunately, this didn’t do much. The government still does nothing about the murders. Women and girls are being murdered or disappear every day.

For the families of the femicide victims, recognition of the crime is the first step to stopping the agony they’re experiencing. Their voice is their primary weapon.

““In the sunset of dissolution, everything is illuminated by the aura of nostalgia, even the guillotine.”

Why is Gender-based Violence Increasing Around the World?
The stats presented by the World Health Organization (WHO) on gender-based violence are truly alarming. One in three women around the world has suffered it. Read more »
Link copied!
Interesting Articles
Wellness
Emotional Benefits of Complaining

Wellness
When The Time Comes to Say Goodbye to Your Children

Saying goodbye to the people you love most is not easy and even less so when they are your children. As…

Wellness
The Danger of High Expectations

Sometimes, we put extremely high expectations on certain people. It's inevitable, something we all do rather frequently: thinking that your partner should support you in…

One of the main factors that promotes healthy personal development is our environment: having people who contribute positive emotions and good values to our lives. Unfortunately, not all the people around us offer us positive…

There are many men who, powerful or not, at some point decided to erect monuments inspired by love. Just as…