Pacts of Silence in Family Drama 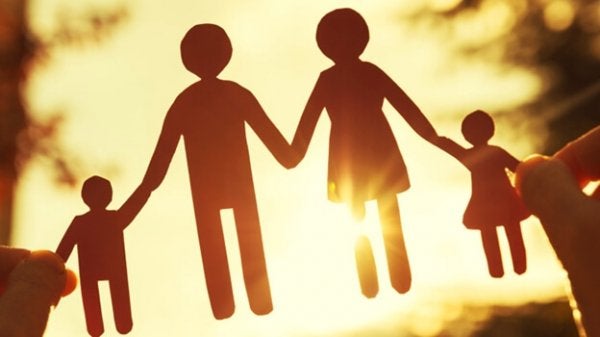 Pacts of silence are generally agreements that people make without acting saying anything about it. They involve a commitment to say nothing about a specific subject, a specific event, or to specific people. The reason people make them is because saying something might have awful consequences.

These pacts of silence usually come up around a subject people treat as a taboo. A taboo implies a set of beliefs. In this case, it’s the belief that you should avoid talking about a specific subject because it might mean breaking off from something sacred. Or it might be a completely pure social principle. Or maybe just a highly respected value.

“Sometimes silence is the worst kind of lie.”

Every family has things that are hard for them to talk about. A tragic death, someone’s suicide, a pregnancy out of wedlock, etc. But it’s one thing to have trouble talking about something and it’s another thing to create pacts of silence. That happens when the consequences go way beyond just a simple feeling of shame or discomfort.

Pacts of silence and transgressions

They say that “if you don’t talk about it, it doesn’t exist.” That seems like the main logic at work with pacts of silence. People seal their lips to pretend like nothing ever happened. And since everyone is pretending, it’s easier to push what happened out of their consciousness.

There are two main types of subject that usually lead to pacts of silence in a family setting. In fact, it’s even true on a social level. One of the subjects is crime, and the other one is anything related to sexuality. Both of these things will eventually start to have terrible consequences for the psyches of everyone involved. And sometimes there might even be legal consequences too.

So the things people hush up about are things like robberies, murders, or a life of crime. That’s for the first subject. When it comes to the second, it’s things like prohibited sexual relationships. That means incest, sexual abuse, homosexual relationships, and other things along those lines. They’re all things that could split a family history in two.

The weight of silence

A lot of the time pacts of silence involve a whole generation in a family. The generation everything happened in is the generation that bans the subject, then their children inherit the ban. And then the truth usually gets lost over time. What never gets lost is the weight of a silence about something awful. Keeping it hushed usually gives it an even more awful meaning, too.

Silence is one way of repressing something, locking it away, shoving it out. But psychoanalysis has always reminded us that whatever we repress will come back. Keeping something quiet never works perfectly. The truth always squeezes through a crack and makes a huge splash.

The traces of what no one talks about are always locked away somewhere. That place could be a way of feeling, acting, or thinking. Those silences become phobias or illnesses, muffled guilt or strange atmospheres. Silence is heavy, even for the people who aren’t part of a family’s pact of silence.

The effects of a pact of silence

Refusing to say something so significant has unpredictable consequences. So at first it will just be a secret truth. But then it will almost always lead to a trauma. And traumas just lead to an endlessly repeating cycle.

That’s why for family where there was, for example, sexual abuse everyone knew about but no one talked about, it’s not uncommon for there to be similar occurrences in later generations. The same thing happens with any prohibited actions. Without even realizing it, the family members teach each other to bear the weight of a silent guilt. Or to punish themselves. Except that it gets out of their hands, because it’s in their unconscious.

Guilt, pain, the intensity of what happened. None of that goes away just by sealing a pact of silence. It’s very much the opposite. They gain strength and turn into a ghost that you can never see but is always there, the kind that a lot of families have.

Silence sickens and words heal. The only way to push out the ghosts of a terrible thing from the past is to talk about them. That will stop a family from incubating a deep, deep discomfort for everyone who experiences it and everyone who comes after. It gets rid of that distance from life that affects the people who don’t know about what happened before they were born.

Self-Sacrifice and Family
There are families with a culture of self-sacrifice. This type of family teaches its members that they "should" make sacrifices for the sake of the family. They foster the idea that an individual must put their own needs and desires after those of the family unit.  Read more »
Link copied!
Interesting Articles
Family
Five Traits of a Dysfunctional Family