"The word 'feminism' makes young people nervous, and they don't see the need for vindication, they think it's an element of radicalism typical of past generations". 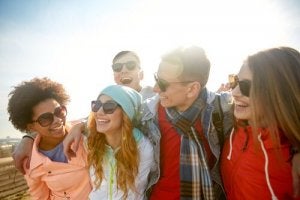 The word ‘feminism’ makes young people nervous. Conditions of gender inequality are still very common. And, even though there’s been a great generational change, many young people continue to associate the word feminism with radicalism.

Some facts make us wonder whether this younger generation will really be the source of greater equality. Will the next generations overcome problems such as the patriarchy and machismo? The answer, sadly, is not clear. Young people, although more mobilized than previous generations, are not always aware of all the forces that have an influence on the society they live in.

Are the new generations adopting feminism?

On average, new generations tend to copy, in part, what they learn from older generations. Although it’s evident that a part of society is more aware of gender issues, the rest (a good majority) is not. Since there are few people setting an example for these changes within their circles, society, and institutions, they are set to repeat old patterns from previous generations.

Young people need role models that enrich their understanding and set examples of feminism. Therefore, their duty to the people who’ve fought for equality and will continue to do. The goal is to create an environment where this may be possible.

For example, education opportunities are greater than ever. Literacy is practically the norm in our society. Likewise, the number of people with university degrees is at the highest point in history.

However, this widespread level of education can lead them to perceive a level of equality that’s not really there. Thus, it could extinguish their critical spirit in situations of inequality or discrimination.

Although we’ve come a long way in the past fifty years, the critical awareness of inequality remains stagnant. Women can now have more professional and educational opportunities. In fact, they can perform jobs that were previously unthinkable and therefore have a greater purchasing power. Even so, the most pressing issues of the youth don’t include inequality.

“The word ‘feminism’ makes young people nervous, and they don’t see the need for vindication, they think it’s an element of radicalism typical of past generations”.

This phenomenon affects both men and women, although, obviously, it’s more widespread in men.

Is there equality on the internet?

The relationship between young people and the internet may seem like a perfect space for equality. But that’s not the case, unfortunately. Gender inequality also seems to be prevalent on the internet.

Despite being a more open and freer space, the internet has become another space for inequality. The content that young people share and consume on the internet are mostly sexist and replicate traditional gender roles.

As you can see,  even while using the internet, the old gender roles are maintained. Even though access to social networks is equal, their use continues to be different based on gender.

And it doesn’t end there. Cyberbullying and sexual harassment are also present in the virtual world. What we see in society also transfers over to the internet. Instead of creating change, the internet echoes many of the macho values in our society.

In conclusion, we can see that society has a very important role. There are many socialization agents, such as family, school, media, advertising, novels, theater, videogames, and more. All of them influence our culture. However, as usual, they continue to promote gender roles.

Therefore, we cannot wait and hope that the younger generations get rid of gender roles; it’s a monumental task. Instead, we should try to influence the socialization agents so that they create and enrich the number of feminist role models that young people could imitate.

Mom, if I don't come home tonight, don't let my voice get lost in the wind. Don't let them say…

Culture
The Indifference of Passive-Aggressive People

Passive-aggressive personalities often hide behind what looks like depression. They might seem fragile and in need of help, but the…

Qigong is an age-old Chinese practice. The word qigong translates into the art of cultivating life energy and circulating it harmoniously throughout your body. It involves a lot of different techniques that combine…