Why Psychobiotics Are Good for your Mind 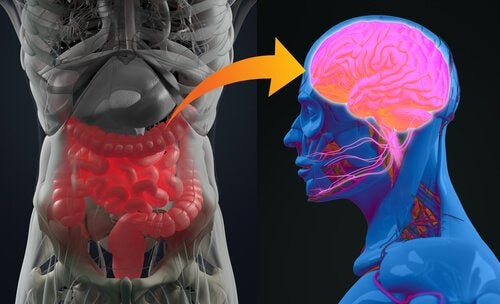 The idea that bacteria can have all kinds of beneficial effects on our health is part of popular knowledge. That’s no surprise. It is estimated that more than 48 billion of these microorganisms live in our bodies. They play a fundamental role in all kinds of physical processes, such as digestion. However, did you know that bacteria called psychobiotics can also cause important changes in our mood?

The latest research seems to indicate that our intestinal flora influences how our brain functions. For this reason, talk has recently increased about these psychobiotics, substances that promote the growth of beneficial bacteria for our mind. In this article we’ll be telling you about all these latest discoveries.

The discovery of psychobiotics

The empirical support for the idea that some bacteria in our body can positively influence our brain is quite recent. In 2013, Ted Dinan, a professor of Psychiatry at the University of Cork (Ireland), used the term for the first time. Several experiments carried out by this researcher showed that fermented milk products can alter behavior in animals.

The results suggested that the consumption of yogurt was capable of changing the functioning of certain parts of the brain related to emotional control. These investigations opened the way to new studies on the relationship between the intestine and the mind.

One of these discoveries was related to certain types intestinal bacteria such as Lactobacillus. These are present in dairy products and are capable of modulating the production of some neurotransmitters. Some of them, such as serotonin or GABA, are directly related to our mood. In addition, they also intervene in the appearance of mental disorders, such as depression or anxiety.

From all this data, scientists have begun to investigate which types of bacteria have a more positive impact on our brain. In addition, they are also trying to discover which probiotics we should consume most. All in order to give us the best possible benefits for our minds.

Which are the most effective psychobiotics?

There are hundreds of substances that we can take to improve our intestinal flora. However, research has shown that not all are as equally effective as psychobiotics. Some have proven to be much more effective in improving the functioning of our brain, as well as our mood.

Some of the psychobiotics that help our mind the most are the following:

Let’s take a look at each one of them.

Despite being a relatively unknown food, this psychobiotic has been gaining popularity in recent years. It is a kind of yogurt of Bulgarian origin, which is produced through the action of a set of yeasts and bacteria that are very beneficial for our health.

The main difference between this dairy product and other conventional yogurts is that it has, among its components, a bacterium known as Lactobacillus kefiranofaciens. Among its most positive effects is the increase in the levels of serotonin and tryptophan, two of the neurotransmitters that most influence our emotional well-being.

We all know the beneficial effects of fruits and vegetables on our physical health. But, recently, a team of microbiologists at Yale University in the United States discovered another benefit of these types of food. They discovered that certain types of vegetables can improve the health of some bacteria that are essential for our emotional well-being.

Two of the most beneficial fruits in this regard are bananas and apples. It has been discovered that by consuming these, we can improve the levels of lactic acid bacteria (LAB) that until now were only believed to be found in milk. Again, these microorganisms play a fundamental role in the emission of certain neurotransmitters that fight anxiety and depression.

Finally, one of the classic remedies for digestive problems is the consumption of fermented foods. Despite the fact that in our country they are not very popular, in other countries taking sauerkraut, kombucha or vinegar is a normal practice for improving the health of our intestinal flora.

But it has also recently been discovered that these foods also play a very important role in our mood. With several functions such as the regulation of nutrient absorption and the release of serotonin, these probiotics can be one of your biggest allies as you fight to improve your well-being.

Although we usually see the mind and body as two separate elements, the reality is that both are closely related. Taking foods with probiotic properties can be one of the best ways to attain a more positive mood and to speed up the functioning of our brain.

Tryptophan: The “Feel Good” Amino Acid
Tryptophan is a key player in serotonin production. This essential amino acid is one of your brain's favorites because it helps you relax. Read more »
Link copied!
Interesting Articles
Biographies
Chaim Ferster: A Man Who Cheated Death

Wonder is a simple, family-oriented story that came about in a time when readers seemed to be caught in the spell of fantasy and dark stories. It was published in…

His name was Dobri Dimitrov Dobrev, but everyone knew him as Grandpa Dobri. He became a real character in Bulgaria…