Why Is Yawning Contagious?

Did you know that 60% of people yawn when they see someone yawning? Why is yawning contagious? What does science say about it? 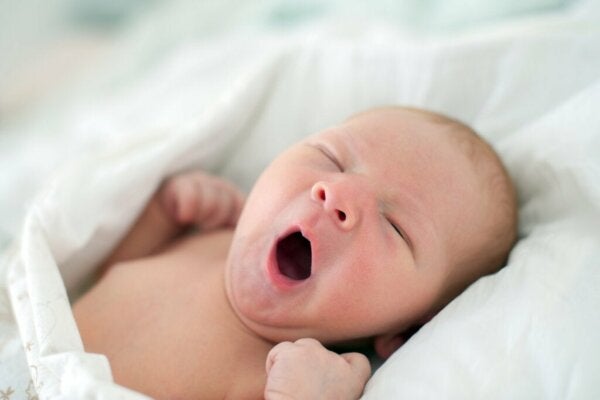 Have you ever heard of echophenomenon? It’s when people automatically repeat other people’s words or actions. An example of an echophenomenon would be when we see someone yawn and we imitate them almost immediately. But why is yawning contagious? Does any neuronal base explain this phenomenon?

Psychologist Robert Provine (1986) said the following: “Yawning may have the dubious distinction of being the least understood common human behavior”. Years later, can we solve this question through neuroscience? Is there only one explanation for it or more than one? Let’s find out.

Why is yawning contagious?

According to a study by Romero et al. (2014), although many animals yawn, only people, chimpanzees, dogs, and wolves seem to have “contagious” yawns. But why does yawning become contagious? Let’s have a look at the case of humans and what some of the most relevant explanations say.

A group of scientists from the University of Nottingham (England), conducted research in 2017, that was published in Current Biology, in which they tried to find an answer to the question of why yawning is contagious.

According to the English researchers, this action is due to an automatic reflex in your brain. It’s activated precisely in the area that’s in charge of controlling motor functions. Thus, according to the study, the propensity to follow other people’s yawns would originate in the primary motor cortex of the brain. This is the area responsible for carrying out movements through neuronal impulses.

What did the experiment consist of?

A total of 36 adult volunteers took part in the research. They were taught how to contain their yawning and then asked to watch video clips showing people yawning. In the end, all the yawns emitted (including the repressed ones) were counted.

Through transcranial magnetic stimulation (TMS) techniques, researchers analyzed the possible relationship between the neural base of yawning and motor excitability.

Thus, the group found that a person being susceptible to “contagious yawning” depends on the cortical excitability and physiological inhibition of their primary motor cortex. This would explain why some people yawn more and others less. It also explains why some people seem to copy other people’s yawns, and others don’t do it so much.

Can we suppress yawning?

So, are we almost pre-programmed to start yawning when we see someone else yawn, or could we control this reflex? According to the same English researchers, the ability to resist this contagion is limited. Moreover, they also concluded that the fact that you try to repress your yawns could actually increase the need to yawn.

In fact, through electrical stimulation, during the experiment, they were able to see how increasing motor excitability increased the tendency to follow other people’s yawning. Thus, the truth is that we can’t really control “contagious yawning” because we have an innate predisposition to do it.

Understanding the causes of certain disorders

This study may actually help researchers who are studying other disorders. They may be able to determine more precisely the reasons behind disorders that have increased cortical excitability or decreased physiological inhibition.

We’re talking here about disorders such as dementia, autism, epilepsy, or Tourette syndrome, among others. In these disorders, patients can’t avoid certain echophenomena (such as yawning), echolalia (repetition of words or phrases spoken by the other person), or echopraxia (automatic repetition of the other person’s actions).

In this regard, the study’s director, Georgina Jackson, professor of Cognitive Neuropsychology at the Institute of Mental Health in Nottingham, explains the following.

“We suggest that these findings may be particularly important in understanding further the association between motor excitability and the occurrence of echophenomena in a wide range of clinical conditions that have been linked to increased cortical excitability and/or decreased physiological inhibition such as epilepsy, dementia, autism, and Tourette syndrome.”

In addition, Jackson adds that it could help patients with Tourette syndrome by reducing motor excitability and subsequently reducing the tics.

Other explanations: empathy, genetics, and synchronization

Prior to this study, other scientists tried to answer this question in a different way. Many of them suggested that communicating empathy was a possible explanation. Thus, when we see a person yawning, we unconsciously empathize with them. We make the same gesture without being able to avoid it, as if we were their reflection.

This theory has many followers. It suggests that the ability to interpret how others feel would lead us to put ourselves in their place or to feel the same way, even in such “primary” actions as this one. So, as a result, when you see someone else yawn, you wouldn’t be able to stop yourself from doing the same.

Some studies that attempt to explain why yawning is contagious reference the activation of certain brain circuits characteristic of empathy. These are the circuits that contain the famous mirror neurons. These neurons would act as an internal reflex of the movements we observe in other people.

Another possible explanation for this phenomenon has to do with communication and synchronization. In relation to this, researcher and professor of psychology Matthew Campbell states the following:

“One possibility is that, in social species that coordinate their activity levels, copying yawns can help synchronize the group.”

Putting the group in synchrony

This explanation suggests that there would be an imitative action, and that copying the yawn would put the group in synchrony. Campbell says we can see this in our eating habits. When it’s time to eat, everyone eats, and here we could consider eating to be contagious. This could also be true when we’re tempted to copy other people’s movements and postures.

In short, here are the two main explanations behind this phenomenon. You can choose which you think is the correct one!

Curiosities
Why Do Some People Talk to Themselves?

Why do some people talk to themselves? Are they insane? As you know, people are often amused when they hear…