Why do We Sometimes Feel Less Inhibited When Talking to Strangers? 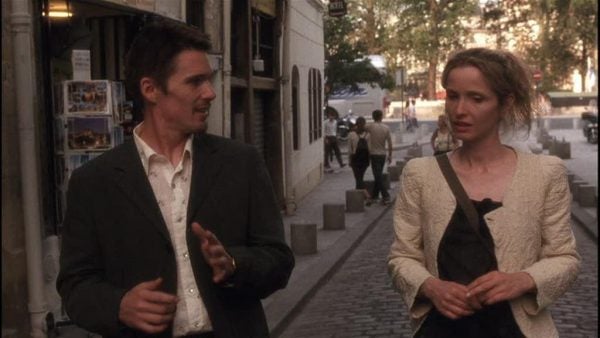 Sometimes talking to strangers can make you feel less inhibited than talking to lifelong friends or family members. The reason for this could be that strangers see you as you are, they don’t idealize you nor deceive themselves about you. This is very liberating when trying to relate or express ourselves.

Canadian researcher John Helliwell confirms that talking to strangers is really gratifying. It even raises your happiness levels. Talking to strangers makes us feel better about ourselves, as it’s considered an act of humility and friendliness.

Yes, we’ve all heard the phrase “Don’t talk to strangers.” It makes sense until we reach a certain age. Adults told you this as a child so you could avoid danger. Nevertheless, according to a study published in Journal of the Mental Environment, starting a conversation with a stranger produces a feeling similar to well-being.

Another study published in Psychological Science states that children, from the age of three, can distinguish by themselves whether the people who approach them are trustworthy or if it’s best to stay away from them. At seven, they could do so with the same level of precision as adults.

As we can see, interacting with strangers has beneficial psychological effects. These are different from those we get when speaking to people from our social groups. Let’s delve deeper into this.

“Justice is impartiality. Only strangers are impartial.”

Sheen S. Levine, a professor at the Singapore Management University, states that one of the things that frequently gives companies a competitive edge is not only the accumulation of knowledge but the use of performative links. That is spontaneous communications between colleagues who don’t know each other at all, in which key knowledge is transferred without anybody expecting anything in return.

For Elizabeth Dunn, a psychologist at the University of British Columbia, talking to strangers adds to our subjective well-being. This directly impacts our productivity. When we talk to strangers and they listen to us, this contributes to a strengthening of our identity. It makes us feel like we can provide something, that someone is paying attention and valuing us.

“All things will be produced in superior quantity and quality, and with greater ease, when each man works at a single occupation, in accordance with his natural gifts, and at the right moment, withoutmeddling with anything else.”

We probably prefer to speak to strangers because they see us as we are, not how they want to believe we are. Talking to people we already have a personal relationship with influences, in a positive way if the relationship is healthy, our emotional state. Even so, in order to control our feelings of annoyance and rage, talking to strangers seems to be more effective.

Most of us behave in two ways when we’re in a bad mood. We lash out at the people in our close social circle because we know we can do it and also know the limits. On the other hand, when we interact with a stranger on the street, we tend to behave in a more polite and friendly way.

A CBS News article titled Talking to Strangers Can Boost Your Happiness Level, inspired University of British Columbia psychology professor Elizabeth Dunn to conduct an experiment to check this out. She found that, when people interact with strangers, they behave in a much more agreeable way than with those people they feel comfortable around. This contributed to improving or energizing their emotional state. It also helped them feel part of a community.

So, talking to strangers acts as an emotional switch. It helps us keep the emotional distance necessary to regulate our feelings and observe the situation from another perspective.

As we can see, talking to strangers has psychological health benefits. Not only does it give us a feeling of being socially rooted, but it makes us feel better and more valuable. It’s also a good opportunity to improve our social skills, connect with other people, and feel like we’re part of the community.

“Friends are those strange beings who ask us how we are and wait to hear the answer.”

What’s the Difference between Sincerity and Sincericide?
Is it really a good thing to tell the truth all the time? Is there are difference between being sincere and just committing sincericide, pointlessly hurting other people? Read more »
Link copied!
Interesting Articles
Culture
Balloon Breathing: Help Your Child Calm Down in a Fun Way

Now is the ideal time to knit. Are you ready? It is an activity that you can practice comfortably on your favorite sofa or while enjoying the rays of…

Culture
Nurses Are the Heart of Healthcare

Nurses, as well as nursing assistants, are the heart of health care. Their job is just as important as the…