Tell the Truth: 5 Keys to Not Hurt Others 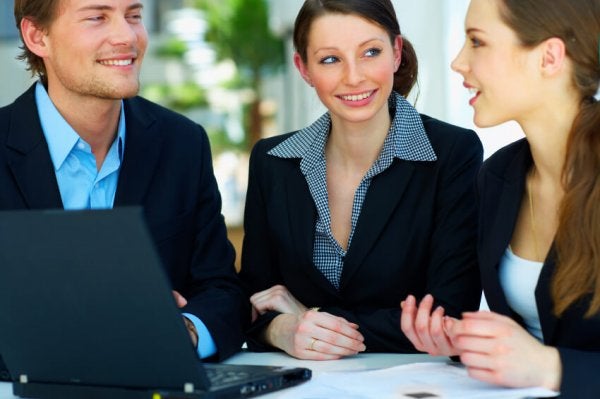 If you say, “tell the truth,” many people will associate it with offending people. However, the truth is positive, and it would be best to always have access to it. Why then has it become a vehicle to attack others?

The answer could be that we live in a in a society that has an unspoken agreement in relationships to lie in order to (supposedly) be kind. It seems that if we want harmony with someone, we must lie to them. Therefore people mistakenly jump to the conclusion that to do away with the lies, they have to be brutally honest.

“The true is corrupted both with the lie and with the silence”.

Sometimes, people tell the truth in anger. Other times, the person who is the object of that “truth” feels bad when we say it to them, even when we mean it to be constructive. What is the deal with the truth?

We should be able to say and hear truths that we do not like, without it leading to big conflict. Next, let’s look at the some keys that will make telling the truth less unpleasant and hurtful.

First of all, it is important to examine our intentions when telling the truth. The first thing is to be honest with ourselves and make it clear if we want to be constructive or, on the contrary, we are using that uncomfortable truth in order to make someone feel bad.

The way we should tell the truth will depend on that intention. When our motivation is positive, we choose a kind way of communicating. If you’re going to point out a weakness, do it so that it contributes positively instead of causing friction. Do it the right way and the message will not be so aggressive.

2. Be willing to listen

Often the uncomfortable truth involves both parties. So if we are able to tell the truth, we should also be able to listen to it, too. Sincere conversations are two-way. Both parties have something to say.

Listening means opening your mind to the other’s point of view. Constructive listening is aimed at drawing useful conclusions for all involved. Therefore, there should be no reluctance to understand another’s reasoning.

3. Do not think for others

It is not appropriate to try to think for others. And we mean this in two senses. The first is to imagine what the person’s reaction will be to the truth. Don’t assume what the possible damage or bad feelings will be.

The second sense is to assume that it is totally clear what the other is thinking, that their intentions and most secret feelings are known, and then judge off of them. In both cases, thinking for others only leads to mistakes. Telling the truth is not the same as believing you own it.

4. Be clear and direct

An uncomfortable truth sounds terrible when it is said with anger, harsh words and disrespect. However, it is not good either to express it with euphemisms. In both cases you distort the central purpose, which is to say the truth.

The right thing to do is to communicate those truths calmly and clearly. Playing with words only gives the feeling that you want to cheat someone or manipulate the situation. Think about what the most appropriate words are to create a precise, concise and understandable message.

Telling the truth should always have a purpose. However, many times we do not make the effort to clearly define it before speaking. This is a big mistake, since your reasons might not be positive — or worth it.

The question is: what do you want to achieve by telling the truth? A healthy response would be that you have the intention of resolving conflicts, getting better understanding or raising the quality of the relationship.

Banish the thought that telling the truth is tantamount to insulting someone. Being rude does not mean being sincere. Truths are always better accepted if they are accompanied by respect and a genuine intention to build something more positive for those involved.

3 Body Language Signals to Communicate Friendliness
If you want to be liked more and seem more friendly, being funny is not the only thing that is going to determine how well others like or accept you. Read more »
Link copied!
Interesting Articles
Biographies
Sandro Botticelli: Biography and Metamorphosis of the Soul

Human sexuality had remained unaffected by technological advances for thousands of years. Nowadays, however, technology is starting to take the…

Culture
Soft Skills: What They Are and Why We Should Develop Them

Some people call soft skills transversal skills. What are they all about? Well, these types of skills are basically oriented…

Many people know José de Espronceda's poetry. His poetry consists of contrasts, descriptions, and an abundance of adjectives. Espronceda was…