Why Do Some People Talk to Themselves?

People often talk to themselves to stay sane. Doing so isn't an indication of madness but a healthy strategy, in which self-directed speech allows them to delve into their own needs and meet them. 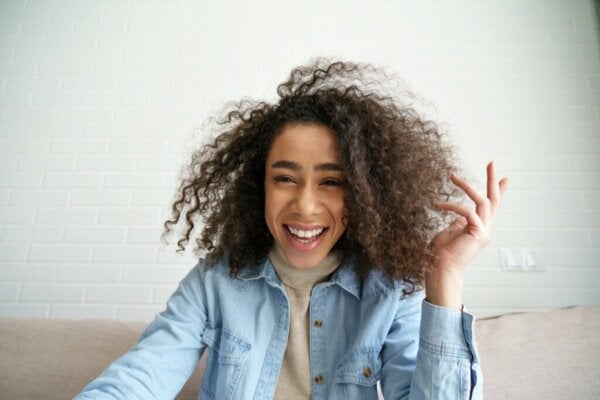 Why do some people talk to themselves? Are they insane? As you know, people are often amused when they hear someone talking aloud without an interlocutor. However, it’s a healthy practice worth doing from time to time.

Some say that Einstein and Newton used to have deep and complex conversations with themselves. When Conan Doyle created his famous character, Sherlock Holmes, he didn’t hesitate to equip him with this practice as well. He did so to show that the most seasoned minds weren’t only somewhat peculiar in their habits but also had their own way of reasoning.

Thus, although most people live in excessively noisy worlds and often opt for silence as a rest mechanism, it’s a good idea to have a good conversation with yourself from time to time.

“And next time you’re planning to injure yourself to get my attention, just remember that a little sweet talk works wonders.”

Why do some people talk to themselves? Benefits and curiosities

Some say that older people talk to themselves. In addition, that this is common in lonely ones who seek comfort from their despair. However, this isn’t true. It’s time to set aside these myths about certain groups. Do you ever wonder why you talk to yourself? The answer is simple: because it’s normal in human beings.

You may have surprised yourself at some point by saying something to yourself “How can you be so absent-minded? You’ve lost the keys again. Today is not your day. We’ll see how it ends.”

These sudden verbalizations are quite common and so is self-directed speech (i.e. starting a dialogue in which you delve deeper into a subject).

The egocentric speech: children talk to themselves all the time

There are many things to learn from children in addition to their never-ending curiosity and willingness to experiment, discover, and enjoy the present moment. You must also learn from their self-centered speeches. At least this is what Lev Vygotsky recommended. He was well aware of the infantile phase in which a child hasn’t yet internalized their speech.

It’s common to see them immersed in their worlds, dialoguing. They don’t just do it with their toys. In fact, it’s common for the practice of self-directed speech to become internal later on.

People talk to themselves to optimize their brain

You may have found yourself in the middle of a crossroads. Perhaps you have a problem and can’t find a solution for it. Thus, you begin an internal dialogue. As it doesn’t help, you begin to talk to yourself aloud.

You can give yourself the best pep talk

Why wait for external reinforcements? Is it really necessary for others to encourage you to do certain things? It isn’t when you have yourself. In fact, you can be your own cheerleader if you set your mind to it. Thus, the answer to the question of why some people talk to themselves may be that the brain wants you to find encouragement in yourself. Thus, it wants to hear things such as:

“I’m proud of you. Do you realize the progress you’re making? “Don’t worry about that mistake. Now you know what not to do so start over after gaining valuable lessons. It’s time to move forward and you’re going to do it right.”

This person’s self-directed speech is good and healthy. This is because activating your external speaker will have an excellent effect on your personal growth.

In addition, there’s another notable advantage: talking to yourself helps you focus on goals and what’s important.

People talk to themselves to connect with emotions

External dialogue has a great capacity for self-regulation. It doesn’t only help you enhance the cognitive processes to solve problems. In fact, it also allows you to become more aware of things and better connect with your emotions by detecting, clarifying, and managing.

Thus, asking yourself what you feel, why you feel that way, and what you can do in the face of that emotion can be rather cathartic.

Finally, taking advantage of the psychological distance that self-dialogue provides will always be healthy. Therefore, you now have another technique to use when you need to bring harmony, balance, and well-being into your life.

Talking to Yourself: It’s Actually Really Therapeutic
Talking to yourself out loud doesn't make you crazy.Communicating with yourself is vital, cathartic, and emotionally necessary to take care of yourself like you deserve. Read more »
Link copied!
Interesting Articles
Curiosities
Three Incredible Death Rituals by Gorillas