Breathing techniques are linked to anxiety relief and control. However, it seems they don't always work. Why is this so? 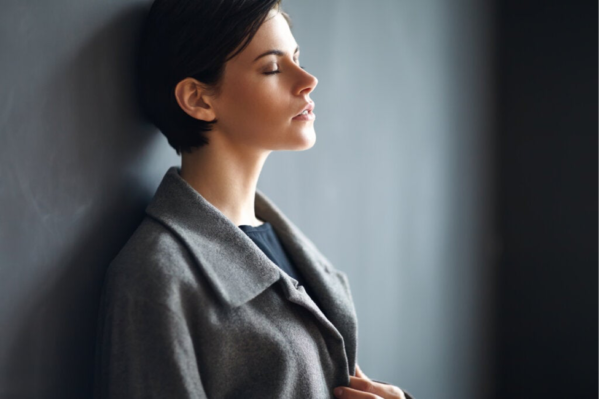 Breathing techniques teach you to concentrate on your breathing. This group of techniques is often used in psychological therapy as well as other areas, such as yoga and Pilates. Furthermore, breathing techniques have become well known for their use in anxiety relief. However, people with high levels of ongoing anxiety might feel that these methods don’t work for them. But why is it that breathing techniques don’t always work for some people in calming their anxiety?

Millions of years ago, the human species was fighting for survival in a very different way from today. In order to survive, they had to hunt and collect food, as well as defend themselves from predators. When a predator approached, the individual’s anxiety and activation levels were put into motion, providing energy for the fight or flight response.

Activation of the fight or flight response involves psychophysiological changes:

In short, the activation of the fight or flight response in the individual meant they were less likely to be harmed by a predator. Humans still have this system, which is activated at times of danger. However, the environment has changed and, sometimes, this response isn’t as useful as it would have been in these earlier times.

The fight or flight response today

Today, you don’t face predators in the jungle every day. However, these mechanisms activate to face different kinds of threats (work, housing, economic, family, social, etc.). The sensations that lead to the activation of this system are usually unpleasant. Therefore, you tend to try and avoid them with a coping strategy.

Sometimes, you might start using breathing techniques and, despite getting some relief, your anxiety doesn’t disappear completely. You may also feel short of breath due to changing the rhythm of your breathing. And this might exaggerate certain symptoms of your anxiety.

Thus, the danger of focusing your anxiety on breathing or breathing techniques risks you linking the exercise itself with anxiety. On the other hand, if the techniques were automated and simplified, you wouldn’t achieve the goal of recognizing your own symptoms.

What to do when the breathing techniques don’t work

If breathing techniques don’t work, you might feel frustrated. It’s quite normal to try and get rid of unpleasant symptoms by focusing all your attention on them instead of thinking of other things.

Breathing techniques can work in the manner of an anchor of a ship in the middle of a storm. They hold the ship where it is, stopping the waves from tipping it over. But it isn’t easy. In fact, breathing techniques are only effective if practiced continuously and not just in anxiety-producing situations.

Techniques that focus on maintaining contact with the present moment can be another way of complementing breathing exercises.

Mindfulness tools help you stay in the present moment. They allow you to place your mind in the role of an outside observer seeking a solution to the problem. And you can play around with your attention in many ways.

In short, if you think of breathing techniques as resources to manage anxiety, this can result in you actually associating them with anxiety. Thus, the goal would be to practice your breathing techniques when you’re not anxious. Furthermore, you can combine this method with other exercises in which you focus on the present moment.

4 Effective Breathing Techniques to Reduce Anxiety
Breathing techniques require us to remember that this metabolic act is much more than just a physical process. Because breathing well produces pleasure, relieves anxiety and allows us to live better. So, including this exercise into our day-to-day life would help us to live more consciously, focused and harmoniously. Read more »
Link copied!
Interesting Articles
Healthy Habits
7 Habits to Make Positive Changes in Your Life

Grounding techniques are very simple relaxation exercises. They're especially good if you're dealing with a lot of stress or anxiety.…

Healthy Habits
The Importance of Sunlight during Home Confinement

Lack of sunlight during confinement is a reality that has been affecting multiple households. The current pandemic has arrived in…

Exercising more is one of the most popular New Year's resolutions. Almost everyone who makes resolutions wants to lose weight.…