Why Being an Outcast Makes You a Better Person 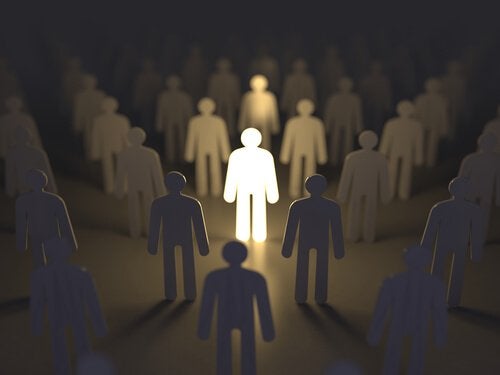 In a society in which being part of the masses doesn’t allow for rational, emotional, or cultural advancement, being a social outcast is not a sign of social failure. In fact, the opposite is true. Being an outcast makes you a better person by allowing you to be an individual. You have autonomy and relevance, something people who make up the “in” group cannot even consider.

If following the rules perpetuates injustice, if maintaining traditions is cultivating the obsolete, or socializing is facing each other with a feeling of emptiness, deciding to do something different isn’t crazy. One could even say it is a sign of intelligence.

Moscovici, Lage, and Naffechoux (1969) conducted an experiment which demonstrated that, under certain conditions, it is possible for a minority group to influence the majority. There are two important conditions. First, remaining true to your opinions over time. Second, the unity of the minority around these opinions.

The experiment required participants to determine the color of a series of slides that were actually all blue. One group made up the constant minority, in which everyone was instructed to say each slide was green. In the inconsistent minority group, participants were instructed to say green only 24 times. The control group received no instruction.

“Every effort for progress, for enlightenment, for science, for religious, political, and economic liberty, emanates from the minority, and not from the mass.”

The rights and scientific advances we enjoy today were promoted by people who were called witches, lunatics, or social agitators. Minority groups normally originate from new wisdom from which great changes are born and society regenerates. Wisdom that can heal a society cycle that is starting to decline.

“In a democracy, the majority is capable of exercising the most cruel oppression upon the minority.”

From the world of science, art, or activism, the “weirdos” try to wake us up and make us reflect before we discard their ideas and ignore them.  At the same time, they make us look past the illusion we have created. They make us believe in the utopia, and remind us that our power can be used for more than just following the same pattern.

The difference between an inquisitive minority and a transformative minority is the motivation with which they pursue change. The first group looks for a way to overpower the majority group. The second group, on the other hand, looks for ways in which they can transform society so everyone can live a better life.

“The smallest minority on earth is the individual. Those who deny individual rights cannot claim to be defenders of minorities.”

The inquisitive minority looks to impose in social and scientific debate even when they have no place in it. They seek to subjugate the rest though imposition and never reflection. Transformative minorities never gain power in an obvious way, because they don’t want to become the majority. We may not celebrate them as heroes, but society needs them.

So, if they call you strange or weird, you might just have the key to fix society’s problems. Rather than blaming or feeling bad about yourself because others don’t understand you, reflect on yourself instead. Learn how to defend your way of life and inspire others.

Before you start feeling bad because you are part of a minority, ask yourself who you would be by becoming the opposite. Sometimes, the acceptance of others is the end of ourselves.

Psychology
3 Silent Causes of Most Breakups

When couples split up it can be very difficult and even traumatic. In fact, romantic relationships are one of the…

Psychology
Tryptophan and Serotonin: Learn Why Your Well-Being Depends on Them

Feeling good, sleeping better, fighting pain, slowing down the aging process, being motivated...These are all processes controlled by two biological…