Where Willpower Comes From 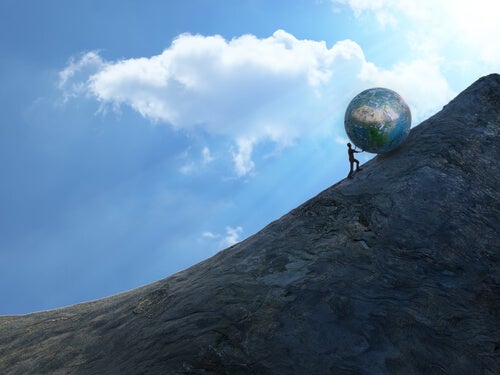 Although “willpower” is an expression we all use without noticing, the truth is that it is a concept that faces much controversy.

Philosophers, particularly Aristotle, have traditionally argued that it stems from metaphysics. But it’s also a topic of interest in various Western religions, many of which consider willpower a virtue of the highest order.

“Willpower is having the mind as a strong blind man carrying a lame man who can see on his shoulders.”

Willpower is defined as the ability to direct and control one’s own actions.

The metaphysical and some religious viewpoints maintain that such strength comes solely from the self-determination of each person.

However, psychoanalysis raised serious objections both to the concept of “will” and the “force of will” due to the discovery of the unconscious.

What is out of control

For psychoanalysis, conscious processes are only “the tip of the iceberg” in mental activity. In reality, thoughts and actions are determined by a force that is not of the will, but of the unconscious.

That discovery explains many phenomena. For example, a “slip of the tongue” or episodes in which a person wants to say something, but, “unwittingly” ends up saying something else.

The unconscious is also responsible for so-called “bad actions”: the person intends to do something consciously, but ends up doing something very different.

We see it on a daily basis. Someone who wants to arrive early for their appointment, but “accidentally” gets delayed or never shows up. Or those who want to “put effort into their work,” but end up taking care of other things while working.

For psychoanalysis, then, will is not a force, but the expression of an unconscious desire. Only when a person is consistent with their desire does the will act. If not, that “will betrays you.”

That is why there are always plans that are postponed, decisions to change that never come true or intentions that never turn into actions.

Eastern philosophies such as Zen, don’t address “willpower” in their practices. They argue that focus on willpower must be replaced by understanding and love, which are ultimately the forces that lead to action.

What is common between psychoanalysis and Eastern philosophies is the idea that will is not an act of force. And that it can only be born of understanding and, therefore, of consciousness.

When there are defined and conscious purposes but they do not turn into actions, the solution is not to force. Rather, such situations involve a valuable message. There is “something” that blocks the will to act in a certain way. In fact, it’s not that willpower fails, but rather the triumph of a desire of which we are unaware.

We follow a strict diet, but at the same time we want to eat our fill. We start the regime and, sooner rather than later, we discover giving ourselves a delicious “last” meal, between guilt and satisfaction.

In this case, we have focused on the benefits of eating healthily, but we have not understood our desire to eat our fill. Maybe the food is more than just a taste or a feeling in the stomach. Maybe that compulsion speaks of a deeper desire to reduce the “willpower” to zero.

In such cases, the will does not act. When we do it, it goes against our conscious will. In this case it is not due to a weak character, but a symptom of the unconscious. When this symptom worked out and understood, it vanishes.

Maybe we need to force ourselves less and understand ourselves more to make our intentions turn into actions and make such actions consistent with what we really want to make of our life.

Psychology
The Art of Being Okay with yourself is Priceless

Being okay with yourself is priceless. That kind of psychological craftsmanship takes two things: making up with the past and not…

Psychology
The Miracle Question Technique - What Does It Consist Of?