When Your Own Fear Scares You 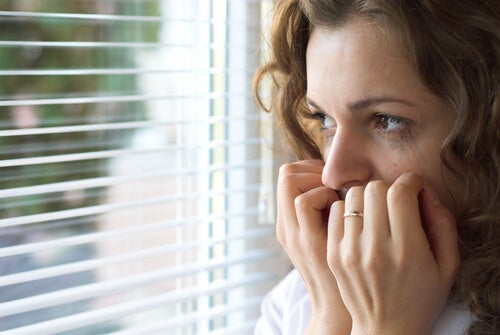 Fear is a necessary emotion that has helped the human race survive adversity throughout history, both personal adversity and the kind that has framed the course of our species. It’s an essential ally and friend. It’s the alarm that helps us identify possible danger in order to survive.

But this supposed friend can also stop being all of those things and turn into an enemy. But fear doesn’t try to do this, it just wants to help us. We’re the ones who turn it into an enemy, an adversary that we must destroy in order to live in peace.

When we encounter danger, fear initiates a series of mechanisms directed towards getting out of that trance gracefully. These mechanisms include sweating to make our skin slippery so that if a predator tries to bite us, it’ll be easier to slip away; sending blood from the stomach to the feet and hands so that we can run faster or have more strength to fight; dilating the pupils; making us hyperventilate; etc.

This is all meant to help us, to get us to safety, because that’s the objective of human beings: to survive in the world. Nature is wise, and has given us the resources to do so.

Why can’t we stand fear?

Sure, we can bear it, but we tell ourselves that we can’t, and that’s the problem. Fear wants to be your friend and warn you that a car is about to run you over, that a dog is going to bite you, or that you’re going to be robbed. In order to give these warnings, it must use the mechanisms we mentioned, the only ones it knows.

You interpret these mechanisms as terrible, unbearable, horrible…so you call upon fear again to save you. This time, the danger is in the very symptoms that are trying to save you.

What a contradiction! But although it’s paradoxical, this is exactly what happens to many people. In panic disorders, for example, the person starts to feel the manifestations of their own fear and interprets them as dangerous, thinking things like, “I’m having a heart attack!” or “I’m going to die right here!”

Obviously, this produces even more terror, which increases the palpitations, sweating, and shaking even more, confirming the person’s catastrophic interpretations. This results in an unbearable, vicious cycle and consolidates the fear of fear itself, which is extremely incapacitating because in reality, the shadow that we fear is our own.

How to break the cycle of fear

There is a way to break the vicious cycle of fear, although in order to do so, you’ll have to accept that you’re going to be a little scared. Yes, another contradiction! To free yourself from your own fear, you have to accept it and integrate it as a part of yourself.

To arrive at this acceptance, the first step is to not judge it and just let it be. Feel it, embrace it, and talk to it like a friend that you’re trying to reconcile with.

Remember that fear doesn’t want to harm you, it wants to protect you. It doesn’t want to leave you. Invite it to stay, even though it bothers you from time to time. In the background, it’s a great ally in life.

The second step, once you’ve accepted your fear, is to debate with it, but always from a place of acceptance. You’ll want to interpret it as dangerous, but you know that it isn’t. You know that if it feels dangerous, it’s only because you believe it to be, even though it’s false.

Ask these anxiety-producing thoughts: how do I know this is a heart attack? Isn’t this more likely to be the symptoms of anxiety? If this has already happened to me so many times and I’ve never fainted, why should it happen now?

Once you answer all these questions frankly, you’ll realize that your interpretations are responsible for your fear working at a higher intensity than necessary, or persisting when you’ve already proven that it’s not justified.

How to Control the Symptoms of Panic Attacks

Psychology
Boreout Syndrome - The Total Opposite to Burnout

Psychology
I Won't Change for Anyone, I Like Who I Am

I'm not going to change for you. Don't ask me to be more docile, to be skinnier, to renounce my…

When no one is looking, she goes to her best friend: the pantry. Chocolate, cookies, potato chips...everything goes. She eats…