Sometimes People Who Can't Control Themselves Try to Control Everyone Else 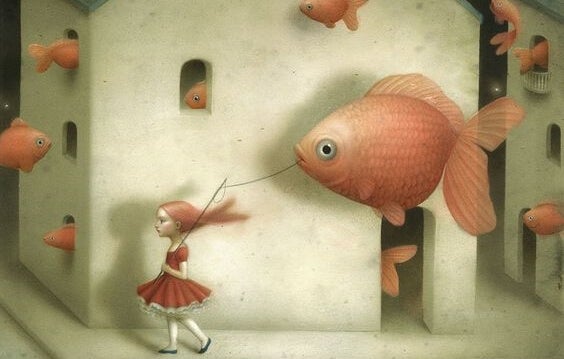 Some people have little to no ability to handle their fears, emptiness, and frustration. They have the irresistible need to control everyone else’s world.

That way, they can build a more positive, powerful image of themselves. But this need leads, little by little, to excessive demands and the construction of a rigid, suffocating relationship that completely negates the other person’s emotional integrity.

If we really think about it, it’s scary how the human brain is able to use the most sophisticated tools when it’s in need. Not everyone does it the same way, of course.

But the need to control everything and everyone around us is nothing more than a defense mechanism. We use it to confront something that at we see as a “threat.”

Do you try to control everything around you? Don’t fall into it. Anyone who focuses all their attention on others does it to avoid the most important thing: controlling themselves.

Having low self-esteem, huge insecurity, a negative self-image, and an inability to process emotions like anger, sadness, or frustration: these often form a lethal cocktail where psychological uncertainty desperately looks for a quick fix.

Faced with their inability to control and deal with all these things, the person focuses their energy on others. “I’ll control you and everyone else so you’ll fit into to my black-and-white world.”

They’re behaviors you’ve probably seen in certain relationships and even at work.

For example, say an incompetent boss tries to control all her employees. She want them to play into her company politics, abusing her authority. But this gives the organization a dysfunctional, unproductive dynamic.

The Need to Control and a Lack of Emotional Autonomy

The need to control manifests itself in infinite different contexts, moments, and situations. We see it in the insecure mother or father who controls their child. They don’t want the child to leave the home’s “bubble” and instead stay with them all the time.

It’s also common in friendships where one person applies controlling, manipulative, or insulting behaviors. They’re friends who demand everything from us: time, emotional support, and of course, obedience.

We might have someone with these characteristics in our close social circles. Scratch the surface and see under this covering of demands, threats, and obsessions. What’s hiding there is a lack of emotional autonomy.

Because of this deficiency, they don’t just turn into “controllers,” but also into “takers.” That is, sometimes people who are insecure, have low self-esteem, and can’t process their emotions try to “feed themselves” through one or more “givers.”

And as if that weren’t enough, there’s another aspect that’s just as interesting as it is telling. There was a study in 2009 by the psychiatrists Friese and Hoffman on the topic.

They discovered that people with little ability to self-regulate end up looking for “everything or nothing” relationships.

That is, their impulsiveness, their hunger to be “fed,” doesn’t accept excuses. And they’ll be even less capable of seeing or empathizing with other people’s needs.

When a controlling person wants something, they don’t ask, they demand. They’re also looking for instant gratification, unconditional attention, and “givers.” These people will be willing and ready to orbit their egocentric universe.

What If I’m the One with a Need to Control Others?

We haven’t been saying “you” much in this article. But sometimes it takes a first-person reflection. We have to determine whether we’re actually the ones with a need to control people.

Occasionally, the trigger comes from financial problems, being abandoned by our significant other, or even the loss of a loved one. They’re significant moments when the emptiness becomes tangible and suffocating.

Moments where fear grips us and we can’t tolerate uncertainty anymore. Our brains start to anticipate bad things. Everything seems like it’s slipping out of our hands.

Then, almost without noticing we start to demand things from people that might be beyond their responsibilities. We fall into emotional abuse without even realizing it.

What should I do?

What can we do in this case? Here are a few things to think about…

Wrapping up, clearly few things are as necessary for our personal growth as developing good self-control. In the end, it’s important to have the right amount of emotional autonomy and control over our emotions.

In fact, anyone who does so will be moving forward with more peace and integrity. They’ll do it by respecting themselves and everyone else.

Respect Your Rhythm, Respect the Rhythm of Others
Live and let live. Not all of us are aware that each of us has their own rhythm, inner music and way of seeing and feeling things. Read more »
Link copied!
Interesting Articles
Psychology
10 Keys to Improving Your Attitude

Thinking about the future can make you forget about what's happening right now. It's up to you whether you heed the…

Psychology
Vertigo: A Form of Escape

Psychology
The Lucifer Effect, or Why We Can Commit Evil Acts

The Lucifer effect can happen in any setting of our daily life. It is a transformation. It can make an…

Psychology
Indifference and Neglect: How to Hurt a Child

Childhood is when we build the foundations we'll construct our life on. What a child needs is love, acceptance and…