When Irony Is Toxic 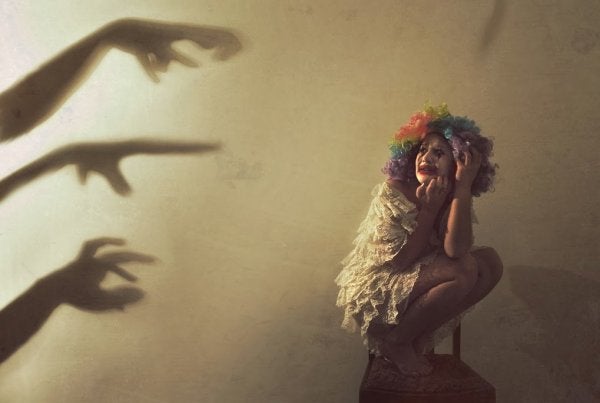 The constant use of irony, far from being a trait of elegant wit, can turn into a double-edged sword which undermines our self-esteem. This resource may seem very original, and those who make use of it often give off a false image of subtle attractiveness and humor. But what’s really hiding behind these personalities? Individuality, a bit of arrogance and a peculiar talent for looking down on those around them.

The user of “bad irony” doesn’t hesitate to use sarcasm to attack us in a very subtle and particular way. But even so, it’s still an offense. Have you ever received this kind of ill-intentioned phrase? Let’s look into this and learn how to defend ourselves.

The boundaries of irony

It’s often said that to encourage day to day happiness, it’s always good to have a sense of humor and even to make fun of yourself. It’s a way to put things into perspective and to be a bit more humble.

It never hurts to break the ice with a sarcastic phrase. It’s a clever trait that can help us smile. This is without a doubt “positive irony,” which doesn’t harm or seek to attack anyone. Nevertheless, we can’t overlook the other type that consciously harms anyone is near.

Let’s think of toxic romantic relationships. Where one of the partners has all of the control over the other person. The constant use of irony and sarcasm is a way to dominate as well as embarrass the other person. A way of underestimating their own worth, demotivating  and sapping their day to day energy.

The Argentinian psychologist, Bernardo Stamateas, explains that the use of irony and sarcasm is a very common trait in people with toxic personalities. Be it our romantic partners, co-workers or even our family members, the goal is always the same: to slowly destroy our motivation and self-worth.

If you put yourself down, if you constantly make yourself smaller and more fragile, they will gain more power and control over you.

The users of this ill-intentioned irony have many masks, and it’s possible that low self-esteem and a lack of confidence are hiding underneath them. For this reason, you should carefully set some boundaries to keep them from destroying you inside.

How to defend ourselves from negative irony

If there’s someone who regularly uses irony in a negative way in your personal or work environment, you should set limits as soon as possible. Otherwise, you’ll be allowing them to attack you and make you vulnerable. And it’s possible that every day their “art” will gain more ground and power.

This resource can become a habit, and a habit can turn into domination when they think that they’ve succeeded in humiliating us. Don’t allow it. Don’t ever let them hurt you with this negative kind of irony.

Let’s see some simple ways you can defend yourself.

1. You receive a sarcastic comment. What is the first thing you should do? Think about and analyze what’s been said. Don’t rush and say the first thing that comes to mind. Some people are very skilled at using sarcasm. So, it’s possible that they’re not trying to insult you. Keep quiet and stay calm while you analyze the words they’ve said.

2. Did they insult you? Have they hurt your self-esteem? The last thing you should do is reply with more irony. Because if you do, you’ll just be playing their game. A cowardly game where words aren’t spoken directly and with sincerity. You have integrity and don’t need to play with terms or people to say what you think.

3. Now say what this person has tried to say out loud and without using irony: Are you calling me a coward? Are you telling me I can’t do this? Do you think I’m less valid than you are? Lay out the insult in all of its cruelty, so the other person can react and argue in its favor. Do so in a calm and poised fashion and wait for their argument.

Off the theatrical stage, irony is almost always harmful. Never let someone be ironic about you and your abilities.

Psychology
Aaron Beck and His New Unified Model of Depression

The famous cognitive psychologist Aaron Beck, known for revolutionizing our understanding of depression and its treatment, recently published an article…

Psychology
If I Have to Face Changes, I Hope They're Good Ones

I don't want to be afraid of life's changes; I want to breathe, I want to trust them and take them on without…