When I Get Angry, I Lose Control - What's the Matter with Me?

Why do you lose control when you get angry? What's behind this behavior? Discover its possible causes and how to boost self-control here! 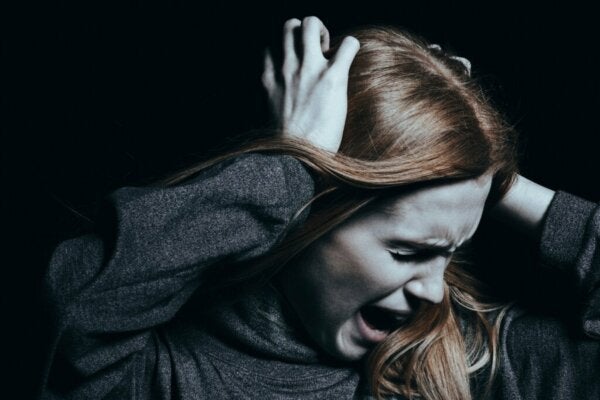 Do you have problems controlling your anger? Do you tend to say the first thing that comes to mind and then regret it? Do you lose control? Why does this happen? What’s behind the anger that you have so much trouble managing?

In this article, we’ll analyze the possible causes behind this loss of control. We’ll tell you how it’s related to poor self-control and low frustration tolerance. However, these aren’t the only causes. Underneath it all, there’s also a layer of sadness that we don’t know how to face, as well as other possible feelings and emotions.

Before we get to those causes, we’ll give you some advice to help you manage that anger healthily, because self-control is a skill that you can train!

When I get angry, I lose control: what’s wrong with me?

When some people get angry, they completely lose control. They feel that the anger is completely overwhelming them. But why does this happen? What’s wrong with them? What’s behind this uncontained anger?

To understand this, we need to first turn to the concept of “self-control”. Later on, we’ll also see other factors that produce a loss of self-control, circumstances that increase the likelihood that you’ll become impulsive.

The importance of self-control

In some ways, self-control forms part of our emotional intelligence, which is why it’s so important to work on it with children from a young age. Through self-control, one can learn to manage anger and other basic emotions.

As we can see, self-control is the ability to manage and control not only how you behave, but also how you think and how you react to emotions. Very often, emotions can overcome you, but this doesn’t mean that you should allow yourself to lose control of the situation. Self-control, like many other skills, is something that you can train, and that you can improve with time, perseverance, and effort.

How to work on self-control

Self-control will allow you to manage moments of rage or anger when you start to scream or exhibit behaviors that you don’t really want to have. But how can you put it into practice? Here are some key ideas that can help you out:

Why do I act this way?

We’ve seen some ideas for working on self-control and dealing with anger healthily. However, at the same time, as we apply these techniques, it’s also essential to understand what’s happening to you. Why do you act this way when you get angry?

Having poor self-control causes you to act this way, lose your temper and your control of the situation, and be consumed by anger.

On the other hand, low frustration tolerance could also be behind these behaviors. Being an impulsive and temperamental person could also contribute to these types of situations.

The good news is that all these circumstances can be worked on in therapy. Delving deeper into why this “loss of control” occurs when you get angry will allow you to look for strategies to enhance your self-control. As a result of this, you’ll also improve your well-being.

The wound behind the anger

Sometimes, a wound may be behind the anger and rage. A certain situation may open it up, or a person may unintentionally have hit a raw nerve. Anger, rage, and fury are emotions that often cover up other emotions, such as sadness or disappointment.

By not knowing how to face or manage this sadness (or being unable to accept it), we resort to something more visceral: anger. We do this to try to distract ourselves from these uncomfortable feelings.

What happens when you don’t manage your anger well? You explode. Thus, if you often lose control and say things you later regret, we encourage you to ask for help.

Understanding your own emotions and why they occur will help you get to know yourself better. Despite your imperfections, you’ll improve with each day that passes. Learn to live with it, use it to improve yourself, and don’t try to ignore it.

Impulse Control Disorder
Most of us can control our impulses most of the time. If you can't, or they take over your life, you could have an impulse control disorder. Read more »
Link copied!
Interesting Articles
Emotions
The Anger Stage of Grief: What's It Like?

Emotions
Why Do People Cry Tears of Joy?

Crying is usually associated with feelings of loss, sadness, disappointment, or melancholy. Tears help us express grief, frustration, or anguish...…