When Being Yourself Means Disappointing Family 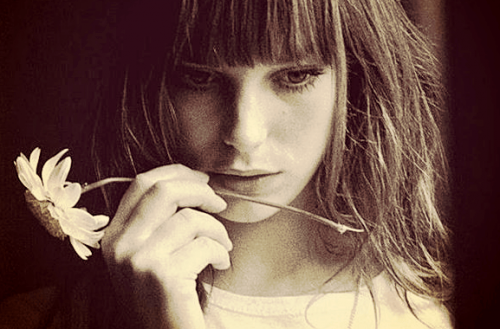 Sometimes being yourself means disappointing family. At times it is practically required in order to be free. To reaffirm ourselves as people, as individuals, deserving of our happiness and authors of our own independence. Questioning or breaking family expectations is a healthy step that renews us inside and out, and at the same time forces our loved ones to make the difficult decision of accepting us as we are, or letting us go.

It’s not easy. During the first stage of the life cycle, there is a moment in which a child awakens and becomes fully aware of the subtle incongruence that exist in many families. The child might notice, for example, that the parents give firm advice, but then don’t apply it to themselves. The child also feels uncomfortable with how parental expectations placed on her head differ so much from the ones she freely creates, considers, and feels.

Family expectations are like small atoms crashing into each other. They create an invisible material that no one is aware of, but which is suffocating. They originate from intergenerational strength and belief systems. They are unspoken and unwritten codes of conduct which are expressed orally and through tone and non-verbal language.

Without realizing it, we are molded by a series of beliefs and attributes that we internalize in silence and with some difficulty. Until we realize that we don’t fit into the puzzle, we finally understand that our “functional” family maybe isn’t so functional after all. Too many silences and downcast faces that avoid looking at each other. It is then that you decide to make a change, to find your own way and risk disappointing your loved ones.

The complexity of family ties

When Lucas came into the world, his mother was 41 and his father was 46. For his parents, having an only child wasn’t a choice. It was the result of a long and difficult journey. Before he was born his mother suffered four miscarriages, and after him, she had another. Through no fault of his own, he ended up being the lone survivor onto whom his family projected all manner of expectations. He alone carried the weight of a whole collection of hopes, dreams, and desires.

However, Lucas was never a good student. He was not docile nor calm and he definitely wasn’t obedient. The worst part was that during all of his school failures, he had to live with the ghosts of his invisible siblings. Though they were never born, his parents always kept them nearby. “I’m sure one of them would have been an engineer, like me”, ” I’m sure that one of them would have been more stable, more responsible…”

In addition to his parent’s constant idealization of what might have been, Lucas also had to deal with another ill-conceived message coming from aunts, uncles, and grandparents. “Listen to your mother, give up on music and find yourself a real job. Your parents have suffered so much for you and it wouldn’t cost you anything to make them happy for once…”

Now that he finally reached an age where he can make his own decisions, Lucas decides to go abroad to study music at a conservatory. He knows he is going to disappoint his family. He knows that he is going to cause pain, but he can’t be a part of this family paradigm filled with ghosts and impossible expectations. Lucas needs to be true to himself and be the author of his own future.

Being yourself means disappointing family, but it becomes an avenue for enlightenment

Last year the University of Utah carried out a very interesting study that explained which strategies would best help people who consider themselves the black sheep of their nuclear families. It will surprise no one that the situation (beyond the obvious symbolism of the term) is extremely complex. So complex that the majority of our emotional problems originate in the clash of values, needs, and beliefs that we have in our own family.

Blood only makes us relatives. Love is what makes us family.

Knowing how to react and effectively manage this reality is essential for our well-being. The three conclusions that were drawn from this study can serve as a guide for those who are going through family issues.

At the same time, it’s best not to think of ourselves as “marginalized”. In spite of the fact that many “black sheep” are not bothered (at least on the outside) by being the “disruptive” or “challenging” element in the nuclear family, sometimes they end up being a slave to the label that others have placed on them (and in which they have found certain support as well.) In this context, the “black sheep” might disagree on principle with any family expectation or unwritten rule, even though they actually don’t feel that way.

Let’s reconsider this biased value that has been pounded into us for so long, and understand that sometimes disappointing someone doesn’t have any negative connotations. It is a necessary act to reaffirm our identities as independent beings with our own opinions.

How Can You Be Yourself?
What it is to be yourself? We could define it as being natural, spontaneous. Read more »
Link copied!
Interesting Articles
Psychology
11 of the Best Ways to Treat Depression

Much has been said about depression and how it manifests itself, as well as how to deal with the symptoms.…

People talk about how sometimes children disappoint their parents. However, when parents fail their own children, willingly or not, they…