What's the Purpose of Bail?

We've all heard of bail, but what's its purpose? Discover it in this article! 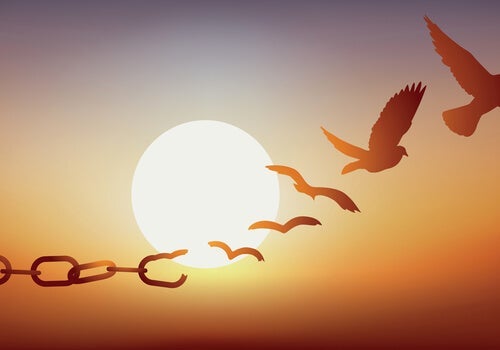 The main purpose of bail is to ensure that the accused is controlled by a specific legal process. The accused is so controlled that, at a later date, it can be judged if they complied with the conditions or not.

We can define bail as somewhere between total freedom and a prison sentence. Lawyers understand this concept as a personal precautionary measure.

It’s also important to keep in mind that bail always depends on the acceptance of certain obligations.

Why is someone given bail?

As we mentioned above, bail is a precautionary measure. A judge imposes it when they’re reasonably sure that the accused has committed the crime in question. In order to keep tabs on the accused before the trial, and even during the trial, a judge will apply measures such as provisional imprisonment or detention. There’s often a considerable restriction on the person’s freedom and freedom of movement.

However, it isn’t always necessary to impose such severe measures. When the judge considers that the accused isn’t likely to flee, they’ll agree on other measures. They also do this to avoid other unnecessary expensive options such as provisional detention.

A judge will make a decision according to the specific situation. For example, foreign detainees are unlikely to be granted bail. Specifically, because the risk of them going into hiding is greater.

The legal aspects and purpose of bail

The legal framework of bail can differ from country to country but tends to follow a similar procedure.

The main characteristics of bail are:

This last feature is especially important. This is because a judge must release the accused if they turn out to be innocent, thus ending the precautionary measures.

Obligations of being on bail

At the time of ordering bail, the courts can demand a payment or bond. A judge will decide this according to the nature and seriousness of the crime, the person’s social status, and their background. The courts may also withhold the person’s passport or driving license.

In certain situations, the accused has to appear before a judge periodically. This is a control measure that a court can order. A judge will decide on the frequency of these appearances.

Similarly, the courts also have the power to confiscate the accused’s property or items. It’s important to note that this isn’t a precautionary measure as such, although it does have a preventive purpose.