What's Hiding Behind the Silence? 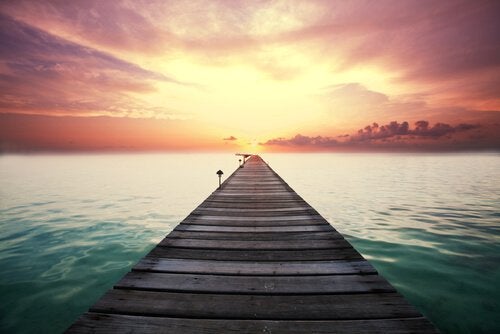 What’s hiding behind the silence? Confusion, truths, puns, hopes, dreams, lies, secrets, concerns, fears, excuses, imagination or maybe… nothing much. Everything that your mind is capable of thinking and is not said is what you keep to yourself.

Remember that you have about 70,000 thoughts a day and that, out of that huge tangle of information, you choose the ones most relevant to you.

It’s that incredible capacity our mind has to create amazing stories, but also the one that makes you vulnerable.

Which thoughts do you choose? And more importantly, are they all truly relevant?

Silence and your thoughts

Most of the time when you think, the outer-level of your being is silent, even though you have a continuous flow of thoughts you’re processing all at once and is creating an internal “noise.”

Among them are your automatic thoughts, which are the ones you use to interpret or explain things quickly throughout your day. Those are the phrases you hear coming from your inner voice that give you an explanation about what’s going on around you, the things you presume about other people’s actions and even what other people presume about you.

“Silence is one of the great arts of conversation.”

It’s the thoughts that come racing to your mind, which on occasion, have no real value or foundation to back them. On the contrary; they’re speculations we make with insufficient information and our basically based on hot air.

It may seem like they’re less elaborate, but it really comes from our deepest outlooks on the world: schemes.

Schemes are the beliefs and rules through which you establish morals that guide you and develop you personality throughout life.

They’re formed by your life experiences. In them, you hold up everything you think about what you see with the education you’ve received.

How do we interpret other people’s silence?

We’re the type of beings that are used to explaining everything because uncertainty, the thing that makes us lose control, isn’t our favorite.

Even if we’re only capable of seeing ten percent of the reality, we “fill” that void with our own explanation based on how we think the world “should” be.

Sayings like “silence is consent” are things we’ve heard throughout our life, and if we use them constantly and without any foundations to prove them, we’re very likely going to be wrong.

No one reads minds; not even psychologists like us.

We base everything on verifiable data that we can confirm is in accordance with reality, or if it’s the contrary, it’s irrational beliefs that make us feel bad or make us accuse other people of the intentions they supposedly have.

The best thing is for that person to come forth and communicate what’s really wrong, while always respecting their right to reserve certain thoughts. People have a right to intimacy.

However, hiding relevant information from another person (even if it’s due to fear) affects the implied person’s right to choose their company freely; for example, in an infidelity.

If you are the person who wants to keep quiet, be sure that you’re not hiding information that affects the other person. This is to say that there are things that we have to talk about, even if it’s difficult or uncomfortable, because those secrets can be affecting the direct relationship we have with the people we love and value, and subsequently cutting off their freedom.

If that information is eventually divulged by a third party or by happenstance, the problems in your relationship will be much worse.

Words have incredible potential, but so does silence.

Yes, it’s true: silence can hurt… a  lot. But it can also hide things that are irrelevant.

True silence is the rest of the mind; it is to the spirit what sleep is to the body, nourishment and refreshment.

Surely you have many material and emotional goals that you want to achieve. But while you are in the process,…

Wellness
Why Some People Don't Admit Their Mistakes

Just like Alexander Pope once said, "To err is human; to forgive, divine". However, we live in a time of apparent perfection. In…

Psychology
When You Don't Feel Anything During Depression