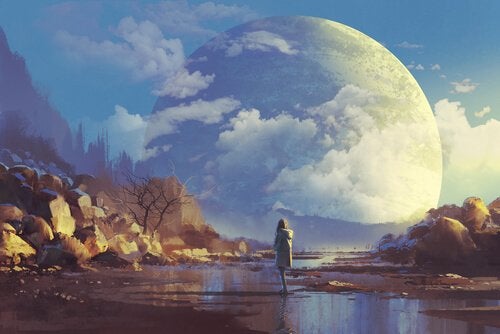 “Utopia” is a common word in our everyday life. It’s a useful argument or counterargument when discussing ideal or hypothetical societies. However, it may have a much deeper meaning than what our society shows us. This is why it’s important to ask ourselves one question: What’s really a utopia?

First of all, let’s see the etymology of this concept. The term utopia comes from the Greek word “ou-topos”, which literally means “no place”, representing a place that doesn’t exist. The first time this word was used was in the Thomas More novel, “Utopia”. This famous story is set on an island with a peaceful and idyllic government. It also criticises the political organization in the XV and XVI centuries.

In order to have a better understanding of the concept of utopia, we’ll concentrate on its definition and its usefulness in this article. This will help us use the term while avoiding crossing that narrow line that defines a utopia as something that’s impossible and unachievable.

For a very long time, society has dreamt of an idyllic world and of a way to have a perfect society. This is where the use of the term utopia began. It consists of the theorization of how a perfect society should be, including its government, community, and their people. An important aspect is that this hypothetical world doesn’t obey an immediate applicability, it doesn’t look for a political system that can be applied to the current context of the world.

When this idea is theorized, its objective is to look for the best possible system. It only seeks to give shape to an idea in theory, without considering the level of difficulty when applying such an idea or system to the real world. Therefore, we can hypothetically create the perfect society. However, the idea of a perfect society is somewhat ambiguous and subjective. The idea has changed constantly throughout history and depending on each person’s perspective.

We can find many examples of a utopia all through history. Plato’s utopia may be one of the most ancient ones. In this utopia, society was divided into three classes. The members were assigned to each class depending on their skills and abilities. The three classes were the political class, military class, and the class of farmers. Consequently, a good operation and management of these three classes would lead to a perfect and peaceful society.

We can also find more modern utopias, such as utopian socialism. The objective of this idea was to criticize capitalism and its exploitation of individuals for their work. This utopia is based on a cooperative and self-managed society. Society’s optimal development would come about due to mutual support, collective work, and decision-making through assemblies.

Utopia and its usefulness

Utopia is a deep topic with a wide range of ideas, used extensively by philosophers, thinkers, and politicians alike. However, the question is: What’s the usefulness of creating an ideal and perfect society in theory when it’s hard to apply in real life? Many people mistakenly believe that utopias lack pragmatism or that they only have a literary purpose, but these ideas are far from the truth.

The term utopia is usually a symbol of the impossible. It has the connotation of something that is idealistic and of little use in society. However, this impression is wrong. Utopias help us identify a goal and serve as a guide. This is important since human beings always want to strive for the best.

What Factors Influence the Way You Vote? A Look at Spain
Social and political psychology have investigated the factors that influence our vote. These studies reveal some interesting facts: it seems that voting stability and identification with a particular party are the main determining factors in an individual's political vote. Read more »
Link copied!
Interesting Articles
Experiments
Wegner's Theory of Dream Rebound: The Effect of Thought Suppression