What is Occupational Presenteeism? 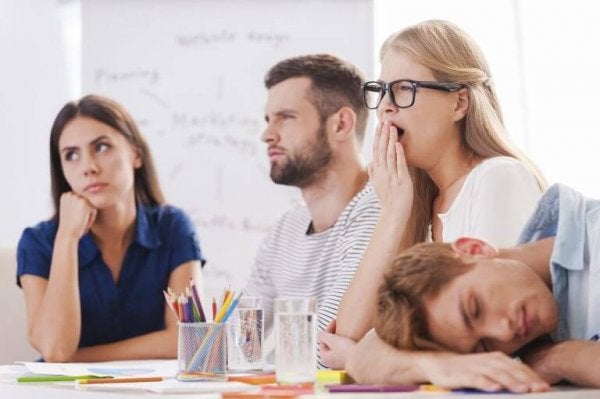 For quite some time companies have suffered the scourge of absenteeism. Many workers did not comply with their work schedules, arriving late or not coming at all. It created alarming losses, but now it has a new form. A new trend has begun to emerge that is even worse than the previous one: occupational presenteeism.

What is it? Workplace presenteeism is being at work, but spending a lot of time doing things that are not work-related. It’s a problem associated with work-life balance. Employees have to take their children to school and care for sick family members, and do so much more.

Lack of motivation, frustration and poor relationships with coworkers are very common reasons between both absenteeism and presenteeism. The big difference is that in occupational presenteeism, the worker keeps their work schedule, though they’re not always doing work.

The economic crisis contributed to presenteeism. The fear of losing a job makes many unmotivated workers decide not to skip work, even if that means tedious days of frustration and boredom. Many of them extend lunch breaks or go out to smoke, use the Internet for non-work purposes, read or even play video games.

Not only does occupational presenteeism affect a company’s productivity, but also the worker’s health. Lack of motivation and goals can cause disenchantment with employment, which in turn can be the root cause of depression. The same thing happens with workers who go to work while sick. Exposing your colleagues to illness is, apart from being pointless, dangerous.

Unfortunately, some companies force their employees to work unpaid overtime in exchange for not firing them. This behavior is shameful and quite questionable, legally speaking. But the worker accepts it for fear of retaliation. We are then faced with situations in which an unethical benefit prevails over trying to find alternatives that optimize a worker’s time and performance.

Is there a solution to occupational presenteeism?

Employee presenteeism, or at least a good part of it, has a solution. However, it is difficult to apply sanctions or a strict schedule policy. On the contrary, that will just create more stress, anxiety and disillusionment among employees. They will just continue to blow off work in different ways. In addition, companies that do this run the risk of punishing people who are indeed motivated.

However, concrete measures that focus on worker feedback can have a much more positive effects. We’re talking about social recognition, group recognition and individual recognition. If the employee feels that others appreciate their work, they’ll get motivated again. It’s good for a company to notice good performance and not just bad.

Depending on a worker’s position and responsibility, programs that encourage free expression and creativity can also help. In these cases, we seek a change in attitude, not just compliance with rules out of fear. The more pleasant the workplace, the better the results will be.

Making schedules more flexible is also a good way for employees to reconcile their work life with their family life, which indirectly influences their motivation. A position that allows work-life balance, as many positions do today, is undoubtedly an advantage. Employees will be thankful for it, especially if the company did not offer flexibility before.

If the worker feels content with their job (if even just minimally), then positive changes will increase. It is much more reasonable to focus on helping them ease their situation than applying extreme policies. Occupational health and safety is also a citizen’s right according to the World Health Organization. Dangerous work can cause irreversible damage in the mental and physical health of a person.

Do You Have a Toxic Job? 7 Red Flags
Do you get home and still cannot disconnect from work? Maybe you dream about your boss or that project that you need to finish? Do you feel unable to stop thinking about the report you have to do tomorrow? Maybe you need to consider that you have a toxic job. Read more »
Link copied!
Interesting Articles
Psychology
Learn to Overcome Your Phobia!

We all have a phobia or know someone who has one. Some phobias can be about things which don't condition…

Psychology
The Fine Line Between Preoccupation and Obsession

We all have worries from time to time that disturb our thoughts and interrupt our daily lives. They affect our…