What is Mobbing or Workplace Harassment? 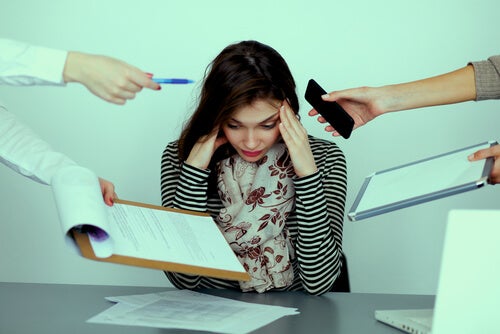 The concept of mobbing (psychological harassment or bullying) has an ethical layer: a lack of respect and consideration of the employee’s right to dignity as an important or substantial element of the employment relationship (Piñuel and Cantero, 2002).

Individuals or groups of people who experience it suffer unjustified psychological violence due to negative and hostile acts, in or out of the workplace.

Mobbing can be inflicted by peers (“horizontal harassment”, among equals). It may also come from  subordinates (in an upward vertical direction) or from superiors.

Is mobbing or workplace harassment common?

Data from the Cisneros barometer of the University of Alcalá indicate that more than 16% of the active workers surveyed  say they have been subjected to psychological harassment or mobbing in their job in the last 6 months (Piñuel and Cantero, 2002). This means more than 2.3 million workers in Spain.

12% of the active workers surveyed agree fully that generalized harassment reduces efficiency in their workplace (Piñuel and Cantero, 2002).

“Never be mistreated in silence. Never allow yourself to be a victim. Do not let anybody else define your life, define yourself “.

Victims of workplace harassment end up believing they are a bad worker or a bad person. Mobbing doesn’t just attack one’s work performance. It can also impact one’s personal life as it can attack the image a person has of themselves.

The usual objective of workplace harassment is for a person’s performance to deteriorate in order to make them resign or get fired.

How does mobbing or workplace harassment take place?

Methods of workplace harassment include:

“When people hurt you over and over again, think of them as sandpaper. They can scratch or hurt you a bit, but in the end, you end up polished and they end up being useless.”

Why does mobbing and workplace harassment occur?

Workplace harassment requires aggressors who work under the protection of organisational characteristics that allow them some impunity or scope for action. Except where the organisation exists for perverse ends, which is more typical of destructive organisations or sects, usually individuals engage in mobbing.

There are several reasons why aggressors engage in mobbing. The most common is that the worker who is the object of workplace harassment is or has become someone who is a threat to the group.

The most common factor in the studies of those who suffer psychological harassment in the workplace is jealousy due to an extraordinary professional ability or capacity.

The victim is often envied for the acceptance or appreciation that they arouse among their colleagues, subordinates, bosses, patients or clients. Also for their people skills, for positive evaluations or congratulations received for their work.

Workplace harassment can also happen when the worker refuses to be manipulated by others. Or because they are not “on the same page” as those who control the status quo.

In environments which contain various interest groups and leaders, mobbing usually consists of exterminating those unbeatable adversaries. Those who do not allow themselves to be compromised or bought and are seen as threatening.

Workers are also subject to harassment because they enjoy positive personal or family situations. Others who may lack them are jealous. When the victim is a woman, workplace harassment is triggered in some cases by them not being intimidated by sexual insinuations.

Another common reason for mobbing is difference. This is where some members of staff have particular characteristics that make them different from others. Being different in terms of age, qualification, language level, work experience, sex, customs… usually means persecution by the majority group (Piñuel and Cantero, 2002).

Several empirical studies confirm the association between workplace bullying and symptoms of Post-traumatic Stress Disorder (PTSD) (Mikkelsen and Einarsen, 2002). People who are victims of workplace harassment for a long period of time exhibit patterns of symptoms indicative of post-traumatic stress disorder, such as avoidance, repetition of the experience and increased emotional arousal.

Symptoms of avoidance lead to experiencing feelings of threat and/or fear of everything related to work. People who suffer mobbing avoid talking about work, they do not relate to people in the workplace and they make efforts to avoid activities or places or people related to the feared event.

Symptoms of re-experiencing appear in the form of nightmares or dreams related to events and work interactions. They also appear as recurring images and memories of the event or sensations that the event is happening again.

The symptoms of physiological activation displayed by workers suffering from mobbing during the workday are tachycardia, sweating, muscle tension, insomnia, hypervigilance, fits of anger, irritability and difficulty concentrating.

“The common mistake of bullies is to assume that because someone is kind or good, they are weak. These traits have nothing to do with each other. In fact, it takes considerable strength and character to be a good person “

Workplace harassment is a troubling situation which we should be aware of to prevent it or stop it.

De Rivera, J. L. G. (2002). Psychological abuse: How to defend yourself against mobbing and other forms of harassment. Psiquiatria.com, 6 (3).

Piñuel, I., & Cantero, A. O. (2002). The incidence of ‘mobbing’ or psychological harassment at work in Spain. Results of the CISNEROS II® barometer on violence in the workplace. Lan Harremanak. Journal of Labour Relations, (7).

Link copied!
Interesting Articles
Psychology
I Have the Right to Make My Own Decisions

The title of this article is a nod to the famous quote by the Spanish philosopher Jose Ortega y Gasset. In…

Psychology
The Different Sides of Narcissism

We all need a good dosage of self-love to know how to value ourselves and have a good self-esteem. However,…

People are a gift. Yes, a gift. Because our eyes have a life of their own and a light which sways to the beat of our own songs. We are…

Roald Dahl said that "Those who don't believe in magic will never find it." Interestingly enough, human beings have always…