Many psychoactive drugs can cause weight loss or weight gain. Read on to learn more! 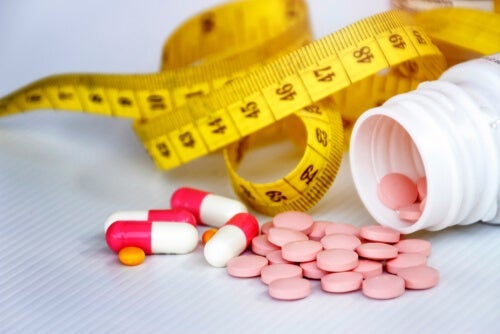 Weight gain associated with psychoactive drugs is one of the side effects that worries patients the most. Consequently, it’s a delicate subject that should be given special attention. Weight fluctuations vary from patient to patient and depend on the type of treatment, so it’s difficult to generalize and establish common criteria.

Many drugs used for the treatment of anxiety, depression, bipolar disorder, schizophrenia, and epilepsy can cause weight gain or weight loss.

Studies show that patients are much more likely to suspend a treatment that causes weight gain. In those cases, it’s important to help the patient avoid gaining weight with a combination of a healthy diet and adequate exercise.

Sometimes, the healthcare provider can modify the treatment dose or dosing schedule in order to avoid weight gain and its complications. The side effects of gaining weight can be serious, so it’s important to address the patient’s concerns.

On the contrary, many drugs have the opposite effect. While significant weight loss is also a problem, patients tend to accept it more as a side effect.

People often associate antidepressants with gaining weight, and they aren’t wrong. Weight gain is one of the possible side effects with most antidepressants. However, some drugs used to treat depression are more likely to cause it than others. For example:

It’s important to keep in mind that the antidepressant isn’t always the direct cause of weight gain. During any treatment for depression, many factors could come into play and contribute to the problem.

Thus, it’s clear that weight gain is a side-effect of some antidepressants. However, it’s important to know that the drug isn’t always directly responsible for the weight gain. Before making any decisions about your medications, consult a doctor.

Weight gain and metabolic changes are the most worrisome side effects for patients taking antipsychotics. This is important because, as we mentioned above, patients are less likely to take their medications as directed if they think they’ll gain weight.

Schizophrenia is also directly related to metabolic changes. Patients with psychotic disorders are more likely to be obese, for example.

Whether it’s the result of a condition or the drugs you take to treat it, you can fight weight gain with lifestyle interventions. Exercise and diet are the most important and most effective. Sometimes, however, a patient will need other drugs to help them lose weight.

Weight gain is a side effect of treatment with some psychoactive drugs. However, patients can usually mitigate or avoid the problem entirely with lifestyle changes and help from a qualified professional. If you’re having weight problems, don’t hesitate to talk to your doctor.

Sticking to your medication is extremely important for preventing relapse, especially for disorders treated with psychoactive drugs. Modifying your treatment is always a better option than quitting it altogether.

Alprazolam or Xanax: Uses and Side Effects You Should Know About
There are more prescriptions for Alprazolam than other drugs treat anxiety, panic attacks or intense stress. This is a highly effective psychiatric drug. Read more »
Link copied!
Interesting Articles
Treatments
Sensory Stimulation in People with Alzheimer's