Voldemort is one of the most fascinating characters in the Harry Potter films. In this article, we talk about his life. 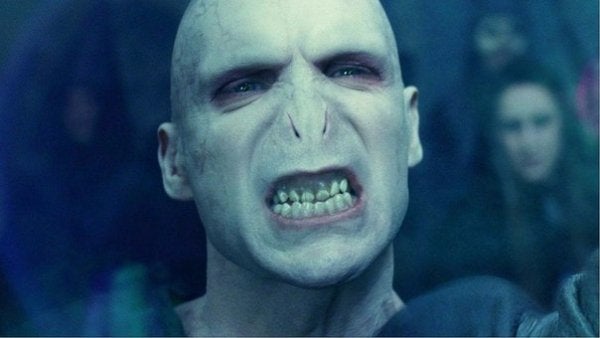 Voldemort, whose real name was Tom Riddle, is the main antagonist in the Harry Potter saga. From an outsider’s perspective, he’s quite different from Harry. However, if we delve deeper into their characters, we see that they have a lot of things in common. Voldemort is possessed by evil, but where did that evil come from? Can his character maybe help us understand evil better? Read on to find out!

Harry Potter and Voldemort are the two sides of the same coin. There is no hero without a villain and there is no villain without a hero.

What would have happened if either of them had experienced different things? What if Voldemort had grown up in a happy home? What if he had discovered what love is? Was he born evil or did that evil result from a series of circumstances?

Throughout the saga, we discover more and more about the Dark Lord’s past, about this character who is much more than just “the bad guy”. The movies don’t reveal too much about his past. However, in the books, J.K. Rowling dedicates a lot of pages to his past.

This character arouses so much fascination among Harry Potter fans, so much so that he even has his own movie. It’s an Italian production named Voldemort: Origins of the Heir.

There are many things that the Harry Potter saga doesn’t reveal to us, and there are many things we could say about Voldemort. In this article, I try to bring together some important information to help us understand this character’s personality better and how he became so evil.

J. K. Rowling didn’t have an easy life. She studied French and Classics at the University of Exeter. Although she suffered a lot of hardship, she became famous when she published the first book in the Harry Potter saga in 1997, Harry Potter and the Philosopher’s Stone.

Rowling indicated that Voldemort’s name comes from the French: vol de mort (flight of death). She also admitted that he was inspired by Adolf Hitler.

If we stop to think to think about it, both Voldemort and Hitler believed in the existence of a superior race. Voldemort wanted to exterminate anyone who wasn’t “pureblood”, a quality only held by the sons of magicians. He was adamant that all “mudbloods” (the children of muggles) should disappear and never have access to Hogwarts.

In other words, for both of these evil men, “purity” was important. They believed that they should exterminate the “inferior race”.

It’s striking that Voldemort wasn’t pureblood. His father was a muggle, just as Hitler’s was of Jewish descent. Perhaps an inferiority complex, the fear of rejection, and the craving for power led both to commit totally atrocious and irrational crimes.

At the same time, Voldemort was a brilliant young man, with a bright future as a wizard ahead. Hitler, on the other hand, really loved art.

Another similarity between the Harry Potter saga and human history is the existence of two magical wars. During the first war, Voldemort and his Death Eaters killed many people, including Harry’s parents. However, they lost that war, and that’s why Voldemort had to disappear. The end of the second war marked an end of an era, of Voldemort and his followers. Germany lost both World Wars, as did the Death Eaters.

Voldemort’s second rise happened in the shadows until he finally managed to take control of the entire Ministry of Magic (the equivalent of our political system).

Harry put an end to this time of terror and darkness, like a sort of Christ. The saga is also influenced by the Bible. The serpent is a symbol of evil and temptation and it’s also linked to Voldemort, the very personification of evil in the Harry Potter saga. In addition to this, Harry is a type of savior and the “Chosen One” (with even his own prophecy) who’s capable of giving his life to save everyone else’s.

Voldemort was the fruit of infidelity (his mother cheated on his father). He was a child born without love. His maternal family descended from Salazar Slytherin, who was the founder of Slytherin house and faithful defender of blood purity. Like his ancestor, he was also a Parselmouth, which means he could talk to snakes.

This obsession with blood purity led the family to years and years of inbreeding. This meant that Merope Gaunt (Voldemort’s mother) and her family lived in extreme poverty. In addition to that, she also suffered from some kind of intellectual disability. Merope was abused by her father and her brother. They called her a squib (a magician’s daughter incapable of practicing magic).

Merope’s father and brother were imprisoned in Azkaban. When this happened, she finally felt free. Merope fell in love with a wealthy Muggle named Tom Riddle Sr. and decided to put him under a spell to make him marry her and get her pregnant.

Merope thought that Riddle had fallen in love with her and could put an end to the spell. However, Riddle abandoned her. Merope gave birth in an orphanage and died after childbirth. Because of that, little Tom Riddle grew up without love. He discovered he was a wizard a few years later when Dumbledore went looking for him and told him he could develop his skills at Hogwarts.

At Hogwarts, Voldemort stood out as one of the greatest magicians. However, his lust for power and his passion for the dark arts turned him into the most feared dark magician of all time. Like Harry, Voldemort was an orphan and he grew up alone and without his parents’ love. Hogwarts was his salvation.

There is a strong connection between both characters that goes beyond their antagonistic relationship. However, the main differences between them is that Voldemort never managed to love anyone and never had true friends. Because of that, he was cruel even with his most loyal followers.

Since they’re so similar, people wonder why each chose to face life so differently. Was Voldemort evil by nature or did his experiences make him evil? Did he really hate muggles or was he motivated by his father abandoning him and how ashamed he was of his past?

Both Harry and Voldemort had very lonely childhoods and had to deal with abandonment and lack of affection. However, although they faced very similar situations, they both chose different paths.

Rowling created a character who was traumatized and felt abandoned. He is really complex and deep and reminds us of the importance of childhood and how much abandonment can affect a person. This doesn’t justify his actions, but perhaps it may help us understand evil a bit better.

“We do not need magic to change the world, we carry all the power we need inside ourselves already: we have the power to imagine better.”

Lessons from J.K. Rowling: Discovering Love Through Mistakes
Discovering love through mistakes is one of the themes of JK Rowling's famous books. Read more »
Link copied!
Interesting Articles
Cinema, Television, and Psychology
Big Fish: The Fish As a Metaphor for Life