A Childhood Trauma That Predisposes People to Psychoses 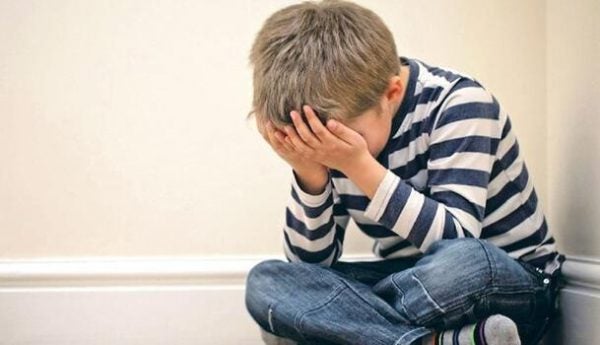 Many parents underestimate the importance of harassment from one sibling to the other. They justify this behavior by saying things like “all siblings act like that” and believe it doesn’t go beyond that. However, that’s not what a University of Cambridge study concluded. In this study, it was stated that family harassment is a childhood trauma that predisposes people to psychoses.

Family harassment is defined as systematic and continued behavior that is intended to bother, intimidate, or psychologically belittle one of the family members. Specifically, this type of behavior happens between siblings. Childhood trauma is a result of such a behavior. Usually, one of the older siblings subjects one of the younger siblings to this type of conduct.

“Violence is not power, but the absence of power.”

What the abuser wants is to psychologically destabilize the victim. 3,600 individuals participated in a study. This study revealed that this type of behavior is the source of childhood trauma. And this trauma predisposes people to psychoses. In simpler terms, people harassed by siblings have a higher tendency to “go crazy.” That is, to lose contact with socially-accepted reality.

Children are immature and not totally conscious of the consequences of their actions. Nevertheless, there are traces of psychopathy, even at a young age, especially in dysfunctional families or those with severe issues. In these cases, one of the siblings psychologically attacks another. In this regard, younger siblings are usually the victims. However, older siblings can also suffer from this.

One of the siblings subjects another to taunts, vexation, or constant humiliation. This is almost always apparent during games, or at least what appear to be games. Harassment is also disguised as a joke, a challenge, or competition. The objective, almost always unconsciously, is to expel the harassed from the family or, in any case, make it so that the harassed can be ignored or treated as being invisible.

Usually, the harasser sees the victim as a threat to their power within the family structure. That notion almost never corresponds to the reality. In this regard, it’s simply an idea that arises from insecurity, jealousy, or as a projection device. This is how the cycle of childhood trauma starts.

The victim of family harassment

The victim of harassment is quite often someone who is personable, intelligent, or attractive. Any virtue that might cause them to stand out is seen as a threat and this is how the dramatic cycle of harassment starts. On the contrary, sometimes the opposite happens: the victim has a weakness or deficiency and their siblings resent the special treatment they get.

In families with severe behavioral problems, parents exert cruelty and violence against one of their children. This, in turn, causes the child to project the behavior onto one of his siblings.

In general, victims have two alternatives. They can either escape from home or from their reality. In the first case, they’re deprived of the protective central nucleus and they become trapped in an empty situation. However, in the second case, there’s childhood trauma, which can predispose them to psychoses. They may develop schizophrenia, bipolar disorder, or severe depression, any of which may include deliriums or hallucinations.

The childhood trauma that predisposes people to psychoses

According to the University of Cambridge, children who suffer harassment from one of their siblings have double or triple the chances of developing a psychosis in their adult lives. Those who also suffer harassment at school are up to four times more likely to develop a severe mental disorder. In summary, harassment is a childhood trauma.

Harassment between siblings can come under many guises. It can appear as recurrent pranks to frighten the other sibling with something he fears, constant teasing, or constant criticisms about what he thinks, says, or does. It sometimes also includes physical attacks, especially between boys, sometimes disguised behind “wrestling” or martial arts games.

Whatever the case may be, the parents are ultimately responsible for allowing this childhood trauma that predisposes children to psychoses to take root. They’re in charge of settings the family playtime rules. If they fail to do this adequately, they’re promoting dysfunctional situations or they lack control. In both cases, this constitutes irresponsibility.

Often we consider anxiety to be a state we should never be in. We use such phrases as "feeling anxiety is for…

Everybody knows that smoking is bad for your health. Smoking kills, but even so, thousands of people can't or don't want to…