Verbal Aikido, a Technique to Defend Yourself from Verbal Attacks 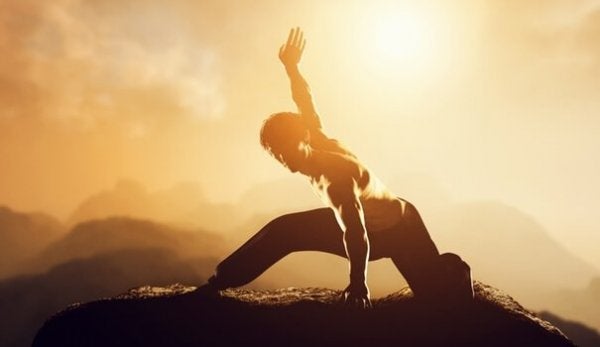 Verbal Aikido is a technique derived from the martial art Aikido. This martial art was born in modern Japan, where it was created by a martial arts master named Morihei Ueshiba. It’s based on the principle that, in conflict, people should seek to neutralize, not harm, the opponent.

Like all martial arts, Aikido isn’t just about combat techniques. There’s a whole philosophy underneath it. Those who practice it seek, above all, personal evolution. They involve the physical, mental, and spiritual planes in their practice. They don’t look down on their opponents, but rather try to understand them and learn from them.

A group of authors started to apply these same principles to communication. That is how they developed the concept of Verbal Aikido. They found that it’s an excellent way to avoid and/or process everyday conflicts. We can exercise it to bring more peace, serenity, and happiness to our lives. Like any technique, it’s something that can be learned, and we gain great benefits from practicing it.

“Violence is the last refuge of the incompetent”.
-Isaac Asimov-

Verbal aikido and the response to an aggression

People who promote Verbal Aikido indicate that, when receiving verbal aggression, the most important thing is to preserve your own well-being. A verbal attack can unleash a hurricane of emotions and confuse your mind. That’s why it’s essential to maintain serenity and focus on the purpose of solving the problem, not making it worse.

The first thing you should do is not react automatically, but rather use the force of the attack to pivot. This should place you right where your attacker wants. Instead of looking at it from the opposite side, the idea is to try to see what this person is looking at.

Verbal Aikido has some key techniques for facing attacks. These are mechanisms that have proven to be effective in dealing with these types of situations and are inspired by this martial art’s movements.

The main techniques are:

In the end, Verbal Aikido seeks to manage conflicts intelligently. Here, you only spend energy where it’s really necessary. Ideally, you should learn to count to 10 first, not react aggressively, and then apply some of these effective techniques.

Verbal Violence: 3 Manifestations of Violence Through Language
Verbal violence is one of the most harmful forms of aggression. Words have the power to leave a mark with repercussions lasting for many years. Read more »
Link copied!
Interesting Articles
Psychology
Spatial Orientation: The GPS of the Brain

Psychology
Destructive Criticism: No One Wins

Occasionally, criticism and judgement can be constructive and helpful. However, more often than not there is no constructive intention and…

Psychology
4 Signs You're Having Success on a First Date

Anna has just walked into the bar. It's her first blind date and she has no idea how to act.…