Better the Devil You Don't Know 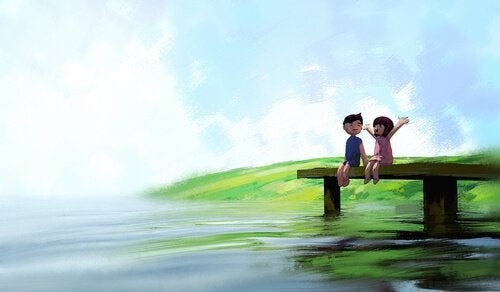 I stopped agreeing with the saying “Better the devil you know than the devil you don’t” when my math teacher got sick and another substituted her…We were used to the same teacher that had been with us for a couple of years, and we weren’t very happy with the change. In fact, I remember how some mothers and teachers joked around about this saying…

When this new teacher arrived, and she didn’t reprimand you for making a mistake in a subject which sometimes generates a lot of anguish, and had the patience and sweetness that our old teacher was lacking, I understood that that fear we had felt had been completely absurd. Since then, I decided to completely banish that saying from my life forever…

Let’s leave behind this old proverb

The saying goes: “Better the devil you know than the devil you don’t.” But, do you really think it’s true? Although it’s true that almost all of us agree with most popular proverbs, in this case, it’s a resounding no…

Why? Don’t you think that this saying applauds fear? It suggests it’s better to stay in your comfort zone instead of leaving it and getting to know a new world that may be wonderful for you.

“A journey of ten thousand kilometers starts with a single step.”
-Chinese Proverb-

Imagine that you’re tied down in a love affair that isn’t going well and a new love appears and knocks on your door… Imagine that you’ve spent years at a job you don’t like, but in which you are comfortable and safe, and a new opportunity appears in your life…

Do you really think the saying is true? Think about it for a second and stop being afraid of fear itself. The fear of getting on stage lasts only a few minutes, but… what about the sheer exhilaration you feel when you hear the applause? Is it worth it or not?

How to change this old proverb

In order to stop being afraid of change or of what life may bring, up next are some tips that will help you take the first step towards a true change in your life:

Leave behind that old saying. Don’t stay anchored to fear. Get to know new experiences, new people, a new life. Bet on change.

Psychology
Per Scientific Experiments, 5 Ways to Manipulate Your Mind

The human mind never ceases to amaze. Scientists have spent years and years studying it, but we're still so far…

Psychology
The Strength for Change Comes from Inside

Sometimes, life can lead us down a negative path. We feel frustrated, disheartened, like nothing is going well, and we don't know…

Many people go to the doctor seeking medical help for an ache or a pain. They have a troublesome migraine that…

Psychology
Words Are as Important as Actions

People usually talk about emotional dependence in the context of a marriage or dating relationship. In this context, it's a…