Up: It's Never Too Late to Fulfill Our Life Goals 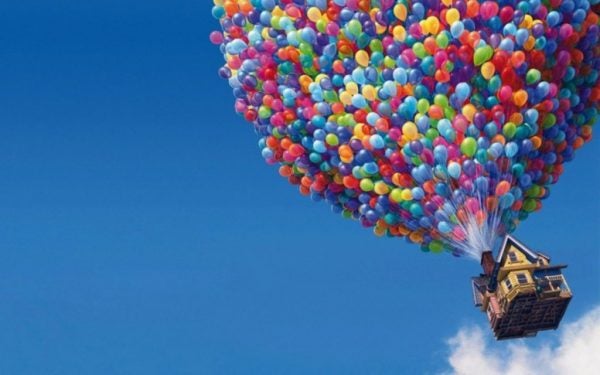 Life goals give us a sense of direction. After having marked out these goals, people usually focus their resources to try and reach them, with varying degrees of success. This allows them to have a clearer sense of what really matters in life. These life goals will bring us obstacles along the way, but these obstacles give us the motivation to overcome them at the same time.

Our life goals vary greatly as individuals. However, goals make it possible for people to focus their efforts. By doing this, each person’s actions are usually consistent with their objectives. Goals allow us to set a path and evaluate our progress. Fulfilling the objectives gives us a sense of satisfaction and personal fulfillment, which, in turn, increases our happiness and self-esteem.

“To solve a problem or to reach a goal, you…don’t need to know all the answers in advance. But you must have a clear idea of the problem or the goal you want to reach.”
-W. Clement Stone-

Up: an adventure with a twist

Up is an animated film from 2009. It was directed by Peter Docter, winner of two Academy Awards, and produced by Disney and Pixar. At the start of the film, we meet Carl Fredricksen. Carl is a shy little boy with an idol: the explorer Charles Muntz. The adventures of Muntz are shown in movie theaters at that time. One day, however, Muntz is accused of fabricating or inventing his archaeological discoveries. Little Carl is devastated when he hears this news.

However, Carl knows a girl named Ellie. This girl confesses that she is also a fan of Charles Muntz and that she’s the founder of his fan club. Ellie reveals her plan: to take the club’s headquarters to Paradise Falls. Carl knows that Paradise Falls is the area that Muntz has been exploring in the Amazon jungle.

Ellie and Carl promise to help each other make this trip. They remain friends, eventually get married, and move to the old house where Ellie has her fan club.

Carl and Ellie then start to save up for their trip to Paradise Falls. However, different circumstances in their lives force them to have to spend all their savings. The possibility of making that longed trip was becoming increasingly distant. They eventually reach old age together, and, sadly, Ellie suddenly becomes ill and dies. They never manage to make their dream trip to Paradise Falls.

Carl Fredricksen, now a widower and rather grumpy at that, is deeply saddened and affected by the death of his wife. Forced to leave the house where he has lived all his life, he decides on a drastic action and makes a plan.

He manages to attach and inflate thousands of helium balloons to his house on the very day he is due to be evicted. His house miraculously rises and flies towards freedom. Carl is finally on his way to Paradise Falls. With the help of little Russell, a child explorer, Carl will eventually manage to reach Paradise Falls. In addition, he will also meet his childhood hero there: Charles Muntz.

The life of Carl Fredricksen is an example of perseverance in achieving our life goals. Both Carl and Ellie lived happy lives. Both worked together to achieve this dream trip. Even though, in the end, they weren’t able to do it together, simply saving up for a goal is an achievement in itself. And, in his old age, Carl keeps his promise to Ellie and travels to the Amazon. He achieves his goal, and, in doing so, even gets a new family.

Each person creates different goals and objectives throughout their life. These goals change over time by the person’s changing skills, abilities, and interests. In old age, our faculties decrease. An elderly person must constantly adapt and modify their goals accordingly. This is the only way to enjoy old age to the fullest.

Throughout old age, we become aware that time is now a limited resource. This knowledge changes how a person acts. Knowing that there’s a finite amount of time left to us will allow us to reformulate goals to adapt them to this new reality.

What often happens is that our goals in old age are different from the ones we had when we were young. In general, young people’s objectives are based around their education and their friendships. On the contrary, our goals in our later years are more associated with leisure and recreation activities, as well as with our health.

Because of this, establishing personal life goals in old age is of the utmost importance. Being occupied is one of the things that gives the most meaning to our existence. Our goals provide the necessary motivation to face this stage of life.

Research has shown that it’s very healthy for older adults to consider taking up the life goals they had in their youth again. Our goals in old age can still be associated in some way with our interests during young adulthood. In this way, it may be easier to find the motivation, energy, and resources we need for these new objectives.

The importance of optimistic people

In addition to this, optimism is always a big plus in old age. People who have this quality in their lives can be an anchor for elderly people, helping them to keep going in difficult times. For the elderly, these people can be a great source of motivation, and the perfect travel companions to accomplish their life goals, just as we see in the film Up.

Yes, it’s true that age can distance us from some of our objectives. However, there’s always the possibility of adapting these objectives to our current conditions or possibilities.

At 60 years of age, we can hardly be expected to be Olympic gymnastics champions. But what we can do is get involved in whatever activities we can and even compete with people of our own age who share our interests. Whatever the case, there’s always one goal we should all have, even in old age. What goal is that? None other than the goal of overcoming our fears. That’s goal has no age barriers, and the film Up is a perfect example of that.

5 Qualities You’ll Need to Achieve Your Goals
You have big dreams, goals that are worth achieving. But when you look at where you are and compare it with where you want to be, achieving your goals seems Read more »
Link copied!
Interesting Articles
Cinema, Television, and Psychology
Why Do Children Watch the same Movie over and over again?