Optimism and Health - Are They Related? 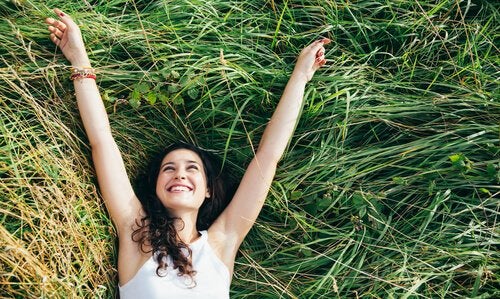 Optimistic people tend to face their problems more effectively. They firmly believe they can do what they want in spite of the adversities, they give up less and their coping style is usually more proactive. Those who are optimistic focus on what they can gain instead of what they can lose. Does having this perspective in life have anything to do with the relationship between optimism and health?

According to numerous studies (self-reports, health estimates made by health professionals, number of visits to the doctor or measurement of survival time after heart attacks), optimism has proven to be a predictor of good health. Based on the results of these studies, we can conclude that the correlation between optimism and health tends to be between 0.20 and 0.30. Let’s expand on this.

When we hear “Optimism”, we usually think of expecting positive and favorable results, which is deeply related to people’s psychological and physical well-being. However, there are two different types of optimism:

Factors that impact our well-being

Optimism, well-being and positivism are all directly related. There are several factors that determine if they’re on a higher or lower level:

Optimistic people often use strategies that aim to solving problems directly, especially when feeling they have control over the situation. They think they’re able to change the situation, so they act and then evaluate. However, pessimists evaluate and then, if the expectations convince them, they act.(Sanna, L., 1996).

Positive emotions associate to the increase in Immunoglobulin A. This antibody is considered as the first line of defense against illnesses. There aren’t only direct effects from these emotions, but also subjective ones. People who feel happy:

“Just one positive thought in the morning can change your whole day”.

Explanatory mechanisms of the relationship between optimism and health

There are three mechanisms that aim at understanding the correlation between these two aspects:

Plenty studies conclude that optimistic people tend to recover from illnesses in a more satisfactory way than pessimistic people. Here you have some evidence that support this idea:

Having studied the optimism and its consequences, it’s all up to you if you want to maintain a positive attitude, aimed at reaching your goals. One thing is certain: keeping a positive mindset improves our health, mood and overall well-being.

Turning Negative Thoughts Into Positive Ones
A psychologist at the University of North Carolina has shown how an optimistic attitude towards life can help the brain fight against negative emotions. Read more »
Link copied!
Interesting Articles
Psychology
Do You Have an Intimidating Personality?

What would happen if you only remembered the things you've achieved, but not what it took you to get there? If…

Psychology
Self-Sabotage: When You Are Your Own Worst Enemy