Unspoken Agreements Can Have Bad Consequences 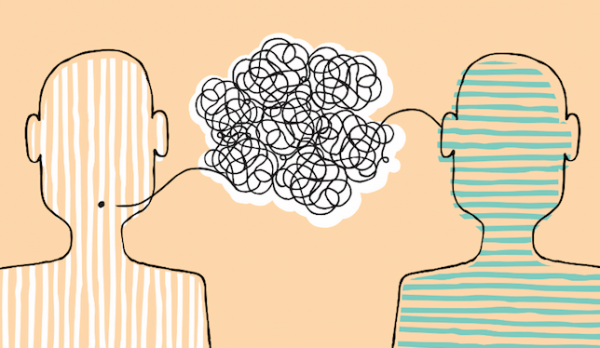 It isn’t smart to communicate halfway. Unfortunately, there are a whole bunch of societal and cultural mechanisms that allow us to leave messages in the air, such as implicit or unspoken agreements. Society regulates words and the way they’re used, sometimes to encourage good manners, and sometimes just to facilitate daily use.

Often people don’t know how to communicate because their own thoughts aren’t clear. In these cases, internal communication fails and translates into difficulty expressing oneself.

“Speak clearly, if you speak at all; carve every word before you let it fall.”

Relationships can also influence these unfortunate communication dynamics. People think there are some people they can say certain things to, and others they can’t. Almost all world powers declare that they have the right to demand silence. And they do. Sometimes they restrict all facets of communication, and sometimes just part of it. But this only leads to errors and confusion.

The bad things about unspoken agreements

Unspoken agreements are indirect forms of communication in which one or both parties assume the agreement is clear enough and no further explanation is needed. For example, say someone tells you that someone is knocking on the door. You obviously know what that means – “go open it.” You can read the message in between the lines by deducing it from what was actually said.

Even in normal, everyday situations, unspoken agreements can end poorly and cause misunderstandings. To continue with the above example, “someone is knocking on the door” could mean different things depending on the context.

It could mean “it’s time to change the subject because someone is here,” or it could mean “the person we’ve been waiting for has arrived.” Or it could even mean “watch out, there’s no reason for anyone to be at the door but someone is, which means danger.”

Both participants in the conversation must be in harmony in order to interpret exactly what the other person means when they throw around imprecise phrases that they think are clear. Misunderstandings would be nothing but silly stories if they didn’t also happen in more complicated situations.

In fact, it can be disastrous when it comes to demands and desires. And this happens a lot. You want someone to do something for you, but you don’t tell them. You assume that they should understand and wonder how they could not realize what you want or need. But people can’t always understand where you’re coming from and guess what you’re thinking. This is how conflict arises.

An agreement is essentially a pact between two or more parties. Of course, you can always make a pact with yourself, but right now we’re talking more about social agreements. In an agreement, both parties promise to act a certain way. People reach agreements when everyone involved believes that a certain behavior would achieve a common goal.

People can reach any kind of agreement with each other, but it is bad when one person thinks a pact has been made when it really hasn’t. Like in the above examples, it happens a lot in terms of returning the favor, but it can also happen in more complicated situations. For example, “because I’ve suffered so much in life, you shouldn’t make things difficult for me.” Or “because I believe I am superior to you, you can’t criticize me.” Both of these can result in bad consequences.

It’s best to promote direct and clear communication. Things always get lost in translation to a certain degree, but the risk multiplies when the message is implicit, suppressed, or covered up. Therefore, being explicit can help you avoid a lot of conflict.

The Importance of Good Communication
We tend to listen or read about how important it is to maintain good communication, whether in the working, family, social, or romantic sphere of life Read more »
Link copied!
Interesting Articles
Wellness
What if Your Partner Wants to Break Up But You Don't?

There are plenty of different things that make love blossom between two people. Some, we're not even aware of. Well, relationships…

The law of least effort to manage stress can be very useful. It's a very simple resource from Deepak Chopra's…

Personal Development
Santandreu: "Use your Inner Dialogue to Be Happy"

In his last book, It's Not So Terrible, Rafael Santandreu offers a practical manual for personal transformation and self-therapy through…

Stress affects adults and, unfortunately, it also affects many children. Our pace of life has increased significantly in recent years.…