Chilld grooming has become increasingly common. In this article, read all about this important issue! 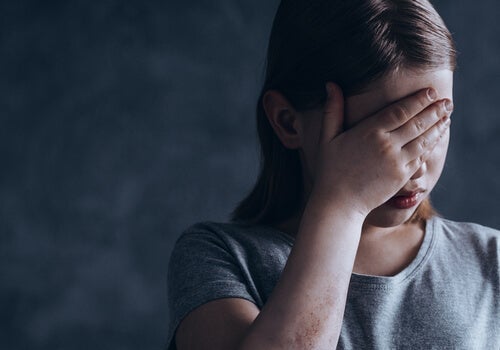 Child grooming is a form of sexual predation that takes place on the Internet. Currently, there’s an exhaustive regulation focused on the issue due to the expansion of this crime. Note that specific legal regulations must be in accordance with the current social reality, especially during its development.

As we know, the Internet considerably changed society. Digital development and technological advances are happening at a faster rate, and many of them are posing new challenges to existing laws. In fact, part of the new doctrine consists of talking about the existence of fourth-generation rights. These refer to the people born in the digital age. By this, we refer to those derived from the protection of personal data linked to the right to privacy.

Child grooming, defined as child sexual cyberbullying in the Information Age, definitely exists. The rise in online crimes and the relevance of the consequences that these cases produce require a criminal regulation that promotes quick and definite solutions.

“As a free-speech advocate, I believe that adults should have access to any material they want. As a parent, and a community member, I think people should be able to protect their homes from imagery – much of it violent – that is, I feel, a form of child abuse when adult society inflicts it upon children.”

What exactly is child grooming?

Cyberbullying is one of the new tactics many pedophiles use to try to make contact with potential victims. This is especially due to the compulsive, almost abusive, use of mobile phones and computers. As you know, these instruments include high-quality cameras. Therefore, the possibility of sending personal images through the Internet is increasingly accessible to many young people. This situation is even more prevalent via social networks such as Instagram, Facebook, YouTube, and Twitter, among others.

In this context, pedophiles (adults with a sexual inclination towards children, preteens, and teenagers) can choose their next victim through thousands of profiles, especially from the most vulnerable sector: children between the ages of ten and fifteen.

Through the Internet, a predator can create seriously dangerous sexual harassment situations, some of which may even materialize in the real world. Of course, all of these assumptions have negative consequences for the victims, the minors who haven’t fully developed their personality yet. These are very young and vulnerable people.

The aforementioned stalkers generally fit a certain age range, between 30 and 50. Although they seem to be normal, these people are in fact insecure, immature, and have difficulty establishing social relationships. In addition, they have a serious personality mismatch.

Characteristics and evolution of child grooming

In a study conducted in November 2002 on child safety and behavior on the Internet, a state-appointed official began warning about child grooming.

The aforementioned study revealed that 44% of children who browsed the Internet regularly were sexually harassed at some point. 11% of them also acknowledged being victims of this situation on several occasions. Thus, criminal measures against child pornography on the Internet were created.

Thus, child grooming is considered a federal offense in the United States according to 18 USCS § 2422. Child grooming in a legal context refers to an act of deliberately establishing an emotional connection with a child in order to prepare them for abuse. It’s undertaken to carry out sexual abuse and other child exploitation such as trafficking of children, child prostitution, or the production of child pornography.

Sexual indemnity is the right not to be involved in a sexual context without given consent. In this case, there’s the talk of sexual indemnity and not sexual freedom. This is because children under the age of thirteen can’t give consent in sexual relations according to our criminal regulations. Which is, obviously, due to their gullibility and lack of maturity.

Thus, in order to be able to effectively fight child pedophilia, and specifically child grooming, you must be aware that it’s a reality. Stay informed and inform your children of the dangers that certain acts may entail. Teach them to be careful when they use the Internet.

4 Characteristics of Online Predators
Online predators tend to target minors because they're easier to manipulate. But what do they want and why do they do what they do? Read more here. Read more »
Link copied!
Interesting Articles
Family
Family Atmosphere: How Does it Influence Children's Upbringing?

Family mediation is a conflict resolution method characterized by its simplicity and flexibility. Especially considering that social conflicts are unavoidable…