Having matrimonial regimes is an unavoidable consequence of marriage. Therefore, the absence of one after the union of two people is rare. Today's article is about the ones currently in use. 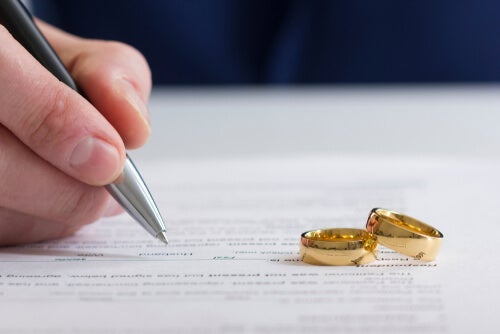 Marriage is the union of two people of any gender. Certain legal rights or formalities, matrimonial regimes, help establish it. This celebration implies the creation of a series of rights and obligations between its members. In addition, it results in the existence of various situations regarding their possessions. That’s the management of the economic assets of both partners or each partner.

The goal of this article is to study the various matrimonial regimes. They’re the set of rules that determine the economic interests of the spouses with each other and their relationships with third parties.

Analyzing this subject is of great importance, especially to understand what would happen to common assets in case of separation, be it by death or divorce. Next, you’ll see the effects that each matrimonial regime has on every one of these situations.

Said in simpler terms, the partners that comprise a couple can choose which marriage regime to adhere to. However, if they don’t make this choice, the law will establish one automatically.

The economic regime applicable to each marriage depends on the parties listed in marriage certificates. There are no limitations other than those established by civil law. In the absence of capitulations, or when these aren’t effective, there’s usually a regime established in each community. As we mentioned, the system of property usually applies as you’ll see it below.

There are three matrimonial regimes: profit sharing, separate assets, and participatory. Each has its own characteristics. It’s important to understand them and to take this into account when deciding on this issue.

This is the most common regime. Its main characteristics are that all the gains and benefits that any of the spouses obtain during their marriage become common assets.

Thus, when people marry and make their assets common, there are two different types of assets within it:

In the event of separation or divorce, it can be complex to differentiate which assets correspond to each partner. To separate the goods, they must make an inventory of all the goods.

Thus, one can establish that private property belongs to the spouse that holds the ownership. However, there’s an inventory of the common existing assets and their value to liquidate and divide them.

It’s of utmost importance to operate under the advice of an attorney in order to carry out this process, especially in complex cases. This way, you can avoid further confrontations between the members of a couple.

This regime establishes that each member of a couple owns their own assets and that there are no common ones. Thus, each person manages their individual assets. So, when the spouses acquire goods together, both will appear as owners of said property.

Let’s emphasize that both spouses must contribute to the marital charges in this case even though there’s no common heritage. The main advantage of this regime is that, in the event of separation or divorce, it’ll be a lot easier to liquidate the estate.

Here, each of the spouses retains their economic autonomy during their marriage. But they’re a society in the event of divorce or separation. Actually, this regime has characteristics of the previous two.

The liquidation to carry out if there’s divorce or separation is similar to that of the regime of marital property. However, there’s an inventory to determine initial and final assets. Once the calculation is finalized, they can determine the participation corresponding to each person.

There are two other typical regimes that are still used in certain countries despite their controversial characteristics.

Should You and Your Partner Make a Relationship Contract?
Is it a good idea for couples to make a relationship contract? Read all about this subject in our very interesting article! Read more »
Link copied!
Interesting Articles
Romantic Relationships
Philophobia: The Fear of Falling in Love

Romantic Relationships
Loving is Giving What You Don't Have: Lacan

Loving is giving what you don't have. It means seeing your new partner as someone new, unique, and outstanding. Someone…