Which Type of Love Is the Best? 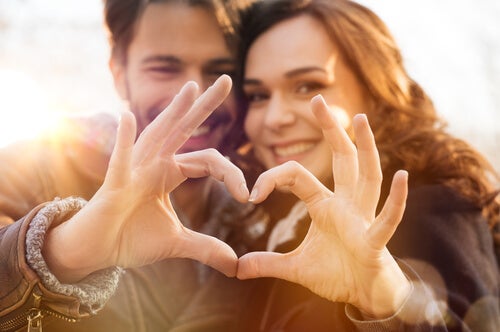 Have you ever asked yourself which type of love is the best one? Or maybe right now you’re thinking, are there even different ways to love? Maybe not, maybe so. What is certain is that feelings and emotions can differ depending on the stage you’re in.

Politician Benjamin Disraeli said that “The magic of first love is our ignorance that it can ever end.” It’s quite possible that he was right. Who hasn’t experienced that first romance where every time you touched that person, your skin seemed to burn from the passion that was ignited?

However, beyond the noble romanticism that our culture has led us to believe regarding the magic of first love, it seems like this isn’t even the best type of love. Or at least that’s what some experts believe.

If there are different types of love, which one is the best?

According to psychologists Cristina Callao and Robert Epstein, there are different types of love. In fact, despite the culture of passionate love, reality is very different. That stuff you read in romantic novels is actually a deceiving idealization.

The aforementioned psychologists tried to question the idea of the “other half,” the idea that you need someone else in order to feel complete. According to Callao, in this situation, one partner gets completely absorbed by the other, thereby losing his or her individuality.

But while it’s true that adolescence generally leads to passionate and unforgettable first loves, it isn’t any less true that there are better options. That young partner, whose embrace made you feel complete happiness and whose distance made you feel deep misery, is nowhere near the best option.

However, the human brain tends to idealize that which produces nostalgia. You can see this belief reflected when people talk about the “good old days.” But this doesn’t seem to be true. The truth is that passionate young romance often suffers due to the lack of serenity and security.

According to experts, mature love is the best kind

Experts believe that mature love is the best kind. Why? For many reasons:

Of course, few poets would praise mature love, because it might lack the intensity of youthful passion. However, the bond that’s created between partners in a mature relationship is based on completeness and trust, and not so much on emotional intensity.

The risk of romanticism

Modern society and popular culture have instilled the idea of romantic love within us. Many people dream of experiencing a deep, intense infatuation that changes their lives. But in most cases, the change isn’t for the better.

The idealization of romantic love prevents us from having a clear, sharp view of reality. In this way, many people enter into toxic, tumultuous, painful relationships that become impossible. According to Epstein, we’re instilled with a very unrealistic view of love, making it seem inaccessible to the common mortal. In addition, the conditioning we receive starting from childhood is so strong that we rarely stop making the mistake of trying to find a romance “like you see in the movies.”

However, patterns of idealization can change. Despite the fact that they’re implicit attitudes in the brain, we have the power to reshape their configuration. In this way, the process of learning, which starts with the first romantic relationship, can evolve to the point where you find more mature, sensible, and serene relationships.

To conclude, psychologists recommend prioritizing your feelings of attraction, respect, and appreciation. Therefore, honest, empathetic, non-defensive people with a great sense of humor can form the happiest, most sincere, longest lasting relationships. So to answer the question of “which love is better?,” the experts have spoken: it’s mature love.

Mature Love Is a Balance Between Autonomy and Commitment

Understanding the complexity of life can be an especially fruitful journey towards psychological well-being. Embracing pain and negative emotions in general,…

Wellness
Being Alone Isn't the Same as Feeling Alone

The current societal changes are making people spend more time alone. Some examples are an aging population, changes in social…

Anxiety is currently one of the most common psychological illnesses in the world, along with stress and depression. Due to the considerable amount of people affected by this disorder, a…

Wellness
Wanting to Feel Important and Admired by Others

We all want others to think we're special and important. This has nothing to do with being narcissistic or self-centered.…