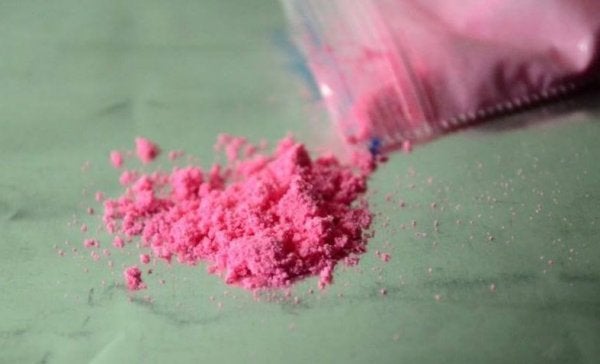 People call Tucibi the “elite drug” because of its high price. It has other names as well, like Venus, Erox, Nexus, MFT, pink cocaine, to list a few. Its original name is 2C-B, which is how it is classified as a narcotic. However, English speakers named it 2C-B, and when Spanish speakers adapted the name, it became Tu-Ci-Bi (pronounced “Too-See-Bee” in Spanish.)

The media talks about this as if it were a new drug. The truth is that it has been around since 1974. A man named Alexander Shulgin created the formula in a lab in California. Many people say that it was invented in Germany, but that’s not true.

Tucibi is a synthetic drug. That means that you can make it or synthesized in a lab with chemical substances. That differentiates it from other drugs made from natural plants, like marijuana or cocaine.

“Maybe if literature was prohibited the same way as cocaine, people out of pure curiosity would try to get a couple of lines.”

The history of Tucibi

Tucibi became popular during the eighties when many other synthetic drugs also came to light. In 1985 the government made Ecstasy an illegal drug. That made Tucibi even more popular. Finally, in 1994 the United States government made 2C-B illegal. Little by little, the rest of the world made it illegal as well. Then the drug was known as “Nexus.”

In 2004, this illegal drug boomed again, this time in Latin America. It became very popular in Mexico and traffickers started to import it to Colombia two years later. 2C-B entered the coffee country through Medellin. Then, a man who everyone came to call “Alejo Tusibi,” started to make a local version of the drug.

The drug traffickers in Medellin managed to get “Alejo” out of the city. He moved to Cali, where he was also exiled by the reigning mafia. He eventually ended up setting up shop in Bogota. Mafia in Bogota kidnapped him and forced to reveal his formula.

A famous mafia boss named Urdinola took over Alejo’s business. Later, Urdinola was extradited. Today, Colombia is the biggest producer of Tucibi. They export it primarily to Europe, and the highest number of consumers are in Germany.

An amphetamine with psychedelic effects

2C-B (2,5-dimethoxy-4-bromophenethylamine) belongs to the amphetamine family. Amphetamines are a strong stimulant to the central nervous system. Dealers usually sell them on the black market in the form of pills and capsules. However, sometimes they sell them in a powder that users inhale. This drug comes in different forms, but usually, you find it in the form of a pink pill. That’s why many people call it “pink cocaine.”

Users usually consume the drug by mouth. We believe it works by binding itself to adrenaline, noradrenaline, and dopamine receptors when it reaches the brain. Tucibi is also a psychedelic drug. That means that it alters the perceptive and cognitive processes, which causes delusions and/or hallucinations.

2C-B is slower to take effect than other drugs like ecstasy. After consuming, it might take 1 or 2 hours to reach the brain. It lasts between 4 and 8 hours. Everything depends on each person’s unique build, physiology, and condition. Experts consider 10 milligrams to be a low dose. A moderate dose is between 10 and 24 milligrams. A high dose is between 25 and 40 milligrams. Anything more than that and you are talking about an overdose.

Effects of the drug

Tucibi has physical and psychological side effects. Small doses cause sensory amplification. That means that everything that the senses perceive is heightened and intensified. We see the following effects with higher doses:

The most common physical side-effects of Tucibi are an increase in blood pressure, pupil dilation, blurry vision, dizziness, and insomnia. We don’t know a great deal about the long-term side effects. However, we do know that prolonged use tends to cause severe cases of anxiety, depression, and difficulty sleeping. We don’t know exactly how addictive it is.

Other facts about Tucibi

The effect of each dose depends on the characteristics of the person taking it. For some people, a dose of 15 milligrams barely has any effect. For others, this is a high dose and will make them hallucinate. Between 14 and 24 mg, a difference of just 10 mg can mean a significant increase in the drug’s effects.

In Colombia, people call Tucibi “the drug of queens and models.” This strange nickname came about because the combination of 2C-B and ecstasy is a powerful aphrodisiac. This is especially true for women. In fact, before it became illegal, psychiatrists used Tucibi in couples therapy. Experts say that if we ever manage to invent a completely effective aphrodisiac, 2C-B will be the main ingredient.

Although people call this the “elite” drug, the actual price doesn’t back up the nickname. Though it has a high price in the black market, it isn’t that different from cocaine. Cocaine’s effects don’t last as long, so users have to take it more often. As a result, both drugs end up costing about the same.

Opioids: Addictive Drugs
Opioids are some of the most powerful pain-relieving medications we have, but at the same time they're also the most addictive. Read more »
Link copied!
Interesting Articles
Psychology
No Matter How Far You Run, Your True Self Will Always Catch Up

We go through life trying to fit in. And when it finally happens in some place or group of people, life…

There are many forms and manifestations of life. Human beings are only one of them. Our capacity to think abstractly…