A Tribute to Wonderful Grandparents 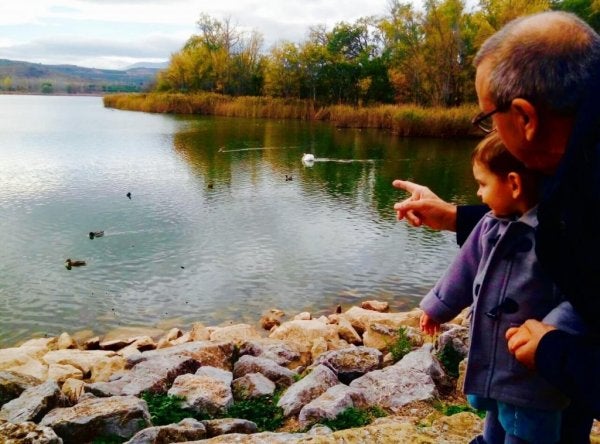 Modern day grandparents are wonderful, essential, and irreplaceable in the lives of the youngest members of the family, a family which they have created through much effort. They’re the index finger that points to the horizon so their descendants don’t miss out on the little things in life.

For many people, becoming a grandparent is a very important stage in life, and their grandchildren are very important to them. It involves a new relationship that boosts their physical, psychological, and social well-being. In some way, this new life also involves a sort of rebirth of their own.

We live in a time when the role of grandparents has grown and has more influence in raising the newest members of the family. The increase in life expectancy and the advancement of society has moved the current concept of grandparents away from their traditional role.

Society is different now. There isn’t just one type of family, there are many, and you can find young grandparents who are full of energy, who do sports, who play in the park, and who love to go shopping and take trips. New grandparents come to their grandchildren revitalized, with a lot to contribute.

They’re worthy of praise because, while there are many things in the modern world that fascinate children, they also admire their grandparents, who have last generation phones and giant TVs that they can fall asleep watching after they eat (while snuggling, of course). These grandparents are heroes who have adapted to the modern world without being a digital native themselves.

Both grandchildren and grandparents benefit greatly from spending time together. The child is dazzled by the figure of their grandparents, and the grandparents feel equally special in the company of these little people who have so much energy and eagerness to discover the world.

Grandparents are a fundamental part of raising little ones. They’re able to develop secure emotional bonds with them without having to assume the educational responsibility that falls on the parents. They don’t have to set rules, they just have to guarantee that they’re followed in certain cases. They can just enjoy the here and now without constantly questioning their actions in the parenting process.

For grandchildren, their grandparents are their partners in crime in the discoveries they make each day. But above all, they’re the ones who make magic happen. For example, they prepare delicious food, take them to new places, know all the animal sounds (even the ones that don’t exist), heal cuts and scrapes, and give out chocolate. But the thing that makes them irresistible is that they have quality time to share.

Mysteriously, they know how to fix any imperfection, cut their nails without causing pain, and cook without smoke ever leaving the pan. They scare away the boogeyman and any other mythical being that dares to enter the house and interrupt the child’s sleep.

To all those wonderful grandparents: I want to tell you that I see you when you go by with your grandchildren, when you take care of them, when you make food for the whole family while also snapping a picture of the little one laughing and sending it to their mom or dad and making sure they’re calm at the end of the day. That is certainly next-level grandparenting.

And if you stop and think about it, there may be no unconditional love that’s as pure as the love of a grandparent, because they’re so immensely happy. Happy to have the assurance that what they felt when they were parents is what their children now feel for their little adventurers.

To all those grandparents out there, keep being the wonderful grandparent you are, because the mark that you’ll leave on your grandchildren is unerasable. Every day is full of essential memories that are stored in your grandchildren’s memories, and later in life those memories will be a refuge for them when they need to find warmth. Because there’s nothing like the warmth of a grandparent.

The Portrait of a Perfect Family

Link copied!
Interesting Articles
Wellness
The People Who Are Always There for You Need Attention Too

Some people are like guardian angels, always by our side to give us care and attention. They make our lives…

Wellness
Yelling As Communication: Common in Many Families

Yelling overexcites our brain, puts us on alert and attacks the subtle balance of our emotions. Unfortunately, yelling as communication…

Wellness
Personal Catastrophes: The Best Guides for Our Emotions

Sometimes I feel like I'm going to fall, like I'm collapsing. And then I think... I'm stronger than all of this,…

Wellness
He Who Lies, Not He Who Trusts, is Wrong

Trust is like a bridge made of crystal, fragile and transparent, that lifts up our life. It is likely that we have put…

Wellness
The Heart Doesn't Age; It's Only The Skin That Wrinkles

They say that people don't age when their skin wrinkles, but when their hopes and dreams wrinkle. The truth is that…