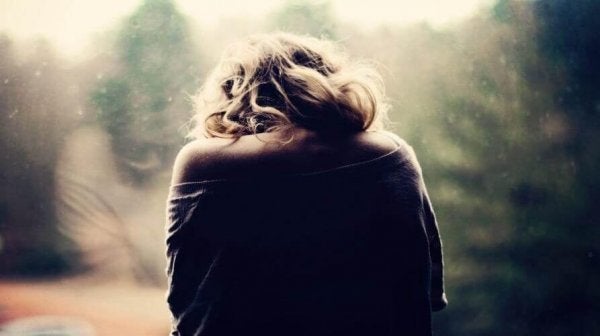 Does she have fibromyalgia? Antonia is a 52-year-old woman. She lives life without too many limitations: she works in an inn tending the garden and takes care of her own home.

She’s a nice person, she talks to her friends and neighbors, always with a smile. She almost never complains, because she has to keep going no matter how she feels.

But only she knows the sacrifice she makes each day to lead a seemingly normal life. She feels pain in her body, in specific areas and all over. She has a hard time getting up in the morning, since she doesn’t sleep well night.

Sometimes she is in so much pain that she can’t finish washing the dishes. She leaves them to soak and takes care of them later. Other times, she feels like she has knife in her back … Does she have fibromyalgia?

People like Antonia, who constantly have pain for no apparent reason, may have fibromyalgia. Normally, fibromyalgia is hard to understand because symptoms aren’t always visible.

It may seem like people invent the pain or complain for no reason, making excuses not to do things that they have to do. But that’s not true. Their pain is real and they are suffering.

On the one hand, fibromyalgia has been generally described as chronic pain in muscles and fibrous tissue (ligaments and tendons). That is, the muscular and skeletal system.

On the other hand, it can also be defined as hypersensitivity to pain. When there is stimuli that produce pain, the brain sends signals as if there were more pain than that stimulus would normally produce. Even when the stimulus that produces pain no longer exists, the pain may persist.

I’t s more than a change in your muscles. Research shows that there is a change in the central processing system, in the brain.

This could be due to an absence of pain-relieving activity in the body (lack of internal opiates) and changes in the neurotransmitters associated with central sensitivity (less serotonin, norepinephrine and dopamine).

Apart from the pain, there are usually other symptoms, such as fatigue, sleep disorders, tingling in the limbs, lack of concentration and sometimes emotional symptoms like depression or anxiety.

Fibromyalgia is truly a very difficult syndrome to describe. In fact, no specific biological or psychological cause has been determined to explain the pain. In any case, fortunately, it was recognized as a disease by the World Health Organization (WHO) in 1992.

The criteria used to diagnose fibromyalgia are that generalized pain is present in 11 (of 13) sensitive points of the body (especially in the neck, back and joints like the elbows and knees) for more than 3 consecutive months. Besides that there is no other clinical definition to explain the pain.

This is how an ignored pain became recognized and got a voice. This definition represented a very important first step for those with fibromyalgia to feel less alone and better cope with the disease.

Antonia, like so many other people, didn’t know what the cause of her long-lasting pain. So she saw many doctors to try to find the cause and some relief. For a long time, she felt hopeless until she was diagnosed with fibromyalgia.

But this was not the end for her. It was very difficult to have to accept that her pain is chronic and that it would be there throughout her life.

Unfortunately, there is no one medication to relieve the pain of fibromyalgia. Anti-inflammatory medicine, if it’s used too often, isn’t effective since it doesn’t eliminate the pain. Medication alleviates it, but it reappears later.

It is important to point out that fibromyalgia is not a degenerative disease. It does not destroy the joints or cause irreversible injury or deformity. Therefore, let’s bust the myth that having the disease can lead to serious mobility problems and, even, may end up in a wheelchair.

Although there is no specific cause or medication for fibromyalgia, there are ways to get a higher quality of life. The person suffering from it can learn to take care of themselves in such a way that the pain does not worsen. The idea is to keep it level or even reduce it. Change is possible.

Is it ok to keep active, or is it better to rest?

Normally people with fibromyalgia feel the need to keep very active and don’t rest much. So much so that there comes a time when they are extremely exhausted and then need to rest for hours and sometimes even days, since their pain is so bad they can’t move.

It’s best to neither constantly be moving nor constantly be resting. It is essential to find a balance, which will vary according to the person. People with fibromyalgia need to learn to regulate their rhythm of activity and rest.

To regulate their rhythm of activity and rest, our first recommendation is to observe and listen to their body. Don’t let your pain get to the extreme (10 on a scale of 0 to 10).

They have to learn to become aware of when they’re at a 5 and allow themselves to rest. This will keep pain and fatigue from reaching critical levels, when they feel they can’t do anything and are forced to stop altogether.

It should be noted that although more of their time may be devoted to resting, it is advisable to do at least one moderate-intensity physical activity a day.

We want to prevent problems associated with disuse. Not doing any physical activity could aggravate the pain, fatigue, and stiffness; not only physically, but also psychologically.

“The art of relaxing is part of the art of working.”

Resting more in order to keep pain from escalating to an extreme implies lowering one’s expectations. This entails not trying to do an excessive amount of work in a single day. It means setting more reasonable goals or to dividing large tasks into smaller, more manageable tasks.

It’s also good to learn to be more flexible and less demanding of oneself. For example, if there’s a day you can’t do everything you’d planned because you’re in too much pain, don’t torture or punish yourself. You’ll just feel worse.

Can psychological treatment help with the pain?

It has been proven that a better regulation of social relationships and emotions helps alleviate physical pain. This is how psychotherapy allows people with fibromyalgia get a better life and see improvement in areas such as:

People with fibromyalgia, in general (not all of them, there are many variations), tend to help others more than they help themselves. They have to learn to say “no”.

Obviously helping others is a good thing, but it must be limited so that they don’t start to neglect themselves.

In this way, psychological treatment can be focused, among other things, on learning to take care of themselves and respect themselves more. This objective means being able to say “no” in certain circumstances and treating others more assertively.

As is often the case, it’s easier said than done. People sometimes know that resting would help them feel better. The problem is that normally people with fibromyalgia aren’t used to resting, and when they do they feel guilty.

They feel the need to keep up with “their obligations”. Therefore, they have to learn to spend time with themselves without feeling bad about it.

Although resting seems to have a simple purpose, for many people with fibromyalgia, resting puts their identity into question. They may feel less valuable.

According to studies based on the “Theory of Personal Constructs” by George Kelly, several “constructs” (descriptions) have been found related to the “dilemmas” (obstacles) that these people have in the way of getting the changes they need. For example, the generous versus selfish “constructs”.

They feel weak and selfish. That’s why one of the objectives of psychotherapy is helping them realize that resting or asking for help doesn’t mean ceasing to be themselves.

It’s important that the changes are consistent with their identity so that they work.

What else can they do to take care of themselves?

It seems that the pain of fibromyalgia is uncontrollable and unpredictable. Like nothing can help. However, according to the “Gate Control Theory“, certain situations can “open” the floodgate or “close” it.

For example, it has been observed that many people with fibromyalgia agree that they feel less pain when they are more relaxed and distracted, with friends and family.

On the other hand, the things that increase the pain are: feeling tense, stressed, overwhelmed or worried. For example after working, excessive exercise or arguing.

Once they are aware that these situations have an influence on their perception of pain, the next step would be to reduce the ones that worsen the pain and increase those that reduce it.

It’s easy to say, but hard to do for people who have spent a lifetime dealing with sacrifices that torture them much more than the disease itself.

“If the pain is excessive and you face it alone, it is destructive. If the person connects with others and puts words to the pain, it is an experience of growth. Sharing and accepting pain is an opportunity to grow”.

Chronic Pain: The Invisible Illness
One of the great challenges in many medical disciplines is chronic pain. What happens when nothing makes the pain go away? Read more »
Link copied!
Interesting Articles
Health
How Parents Affect Their Children's Mental Health