Tips to Teach Children How to Think 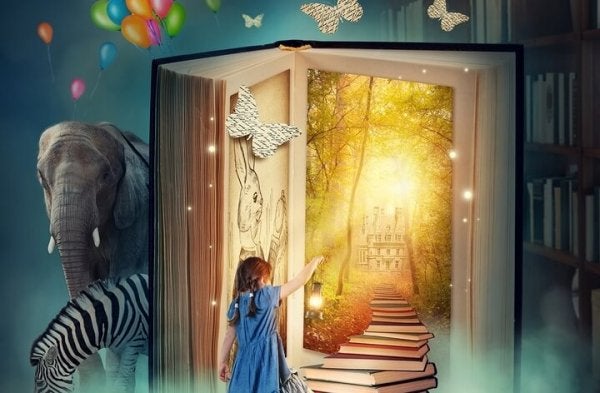 A controversial article was recently published stating that nearly 90% of the world’s population didn’t know how to think.

This statement came from the doctor and philosopher Robert Swatz. Anyone who has read his works and knows about the educational centers he manages around the world, would know that he not only wants to make worried parents turn their children towards his learning academies, he also means to highlight a true but controversial fact. Most people think about things in a very objective and rational way. We have lost our flexibility and ability to think more critically and creatively.

It’s possible that due to this more vertical way of thinking — that is to say thinking in a lineal, classified and rigid way — we lose spontaneity. Spontaneity that would allow us, for example, to better manage daily stress and our common day to day problems.

What we really need is a thought process that factors in emotions. That identifies and understands them, and which simultaneously prioritizes curiosity, critical thinking and openness towards everything that surrounds us. This is a more free way of thinking that can offer us a greater amount of happiness.

Just as school is important for the education of children, so are the roles of their mothers, fathers, grandparents…

Here are some simple tips to “teach our children to think”

1. Every child is unique and important

A mistake nowadays in primary education is that they tend to “build” children in the same ways. With one same mentality and the same lessons. At the end of the day we have “cookie cutter” minds, and children who think the same way.

We should promote within the child the idea that he’s unique, special, and important. That he is a person capable of offering many things. So, it doesn’t matter if they come home with a bad grade in science or math.

Within each child lies potential that he should earn to exploit at a young age. And thus, as parents we should give them  confidence and support from this young age. If they feel supported and valued for their words, ideas and opinions, they’ll feel secure enough to keep moving forward.

2. Teach them about emotions

To learn how to think, it’s important that children understand as soon as possible how the world of emotions works. Developing empathy, for example, is a crucial key in their development as a “social person.”

A mind that understands what sadness is and how to handle it, that knows how to identify inner rage and learns how to channel it — this is a wise thought process, because it knows how to understand itself as well as others.

Children’s education doesn’t start at 3 or 4 years old when their school life begins. Education, just like learning to think, starts from the moment they arrive on this world.

Children that feel loved from day one will set their mind to a type of emotional and social learning that’s fundamental for their future.

3. The importance of knowing how to deal with your own thoughts

Learning to be alone with oneself is another pillar of mature and balanced thinking. One which doesn’t need outsiders to make decisions. Or to know what one wants at any given moment.

Encourage children to be reflective. To meditate about the consequences before they say or do something. At the same time, it’s fundamental to encourage their independence and maturity. Above everything, avoid unhealthy attachments and overprotection.

Children that know how to be alone and don’t feel anxious about it are confident children.

Offer them books even though they still haven’t begun the reading and writing process. Make them touch the books, handle them and look at the drawings as close friends. Because later on, when they learn how to read, it’ll allow them to reach incredible worlds where they may learn and reflect.

Prevent them from growing up and losing their “inner child.” To do so, it’s important to always encourage their curiosity. Offer them challenges, stimulants, projects to begin, topics to investigate. Therefore, they’ll be learning as they have fun.

A creative child will become a freer adult in the future. Help them develop their imaginative abilities, hunger to learn, and curiosity. They should never lose their creativity, regardless of their surroundings.

Don’t obsess over making your children “like you want them to be.” Each child, just like the rest of us, has their own personality, which we need to respect at all times.

Allow them to have their own ideas and opinions, and to argue them. And also, don’t let them maintain just one vision of life. If they are studying a certain subject in school, urge them to be critical, look for other opinions and approaches.

Allow them to have “a voice and a vote.” To have their own opinions about everything and a critical and flexible way of thinking. Not a “normalized” mind that can be convinced before it even defends itself.

“I know there’s only one type of freedom: the freedom to think.”
-Antoine de Saint-Exupéry-

One trait of people with borderline personality disorder is the difficulty they have managing their emotions. Their emotions bubble over…

I'm not afraid of anything in particular, but really...I'm afraid of everything. That's what free floating anxiety is like - it's…