There's No Such Thing As Too Old, Just Too Many Excuses 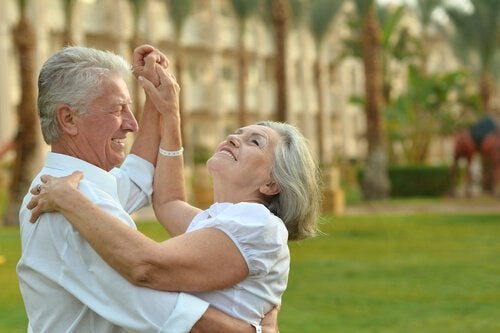 There’s no such thing as being too old to achieve your dreams, because success has no age limit. It’s common to think that in your 20s you have to experiment and grow into yourself, in your 30s you have to achieve a certain stability, and in your 40s you must have life figured out. However, there’s no reason to always follow this guideline.

Erroneous beliefs limit us. They cause us to put up barriers and make excuses, leading us to abandon the things that life has in store for us and preventing us from taking action. We try to stifle the desire to achieve what would really make us happy because we think it’s no longer appropriate just because we’ve gotten older.

Getting older is not the end of the world. There’s no time limit to achieve the things you desire. It only exists in your mind.

Older people still have a great future ahead

The future isn’t just viable for young people. No matter how old you are, you can always keep growing and learning. It’s often old people who show through their example that age is only a number. They know the benefits of persevering and never giving up on the desire to achieve their goals better than anyone.

One great example is Harry Bernstein, an author who spent most of his life writing. This writer saw his novels get rejected one after another, but he never gave up. He liked what he did, was passionate about it, and never threw in the towel because people closed the door in his face. It wasn’t until he was 96 years old that he finally got what he was waiting for. The most recent book that he had written, The Invisible Wall: A Love Story That Broke Barriers, was published.

Harry Bernstein didn’t take the passage of time as a reason to be discouraged, and decided to keep doing the thing that fulfilled him. How many times have you given up on something because you got rejected over and over again? Old people know that rejection is just a test to know whether what you’re doing is really worth all your time, effort, and persistence. Children also know this; you’ll rarely see them give up at the first “no” they hear. They know that it’s just the beginning of the negotiation.

-The Pursuit of Happiness-

Years go by, but the opportunities to make your dreams a reality do not. There’s still so much prejudice regarding age. If you’re so many years old, you should no longer dress a certain way. If you’re a grandparent you can no longer ride a skateboard. Although these ideas are ridiculous, we still think them. This is because our culture and society have outlined certain guidelines for behavior that we must follow starting at a young age.

A Tribute to Wonderful Grandparents

Some university students have the fortune of having an older person as one of their classmates. Many institutions follow plans that facilitate access to university for old people who didn’t have the opportunity to study what they wanted to when they were younger. But…don’t they have more trouble retaining information?

Young people who don’t like what they’re studying or who don’t pay enough attention can have just as much difficulty with learning as old people. Because it’s not age that matters, but attitude and will. So now, we’re going to present you with some famous examples of older people who have achieved success when nobody expected it, not even themselves:

It’s never too late to do what you love. What do you have to lose?

A great idea can come to your head when you’re 50 years old. An enterprising thought can surface in your mind at age 70. Success has no expiration date, and neither does starting a career, learning something new, or completing a project. People who were born a long time ago have no limits to what they can do and achieve. It’s only excuses that prevent people from trying new things.

Every relationship starts with a connection. This is how friendships begin and love grows. Knowing how to connect with others helps us to be better friends, lovers, parents, and bosses. It also allows…