Théodore Géricault was a French artist who lived in the 19th century. His most important work showed the survivors of a shipwreck on a small raft. Would you like to know the whole story? 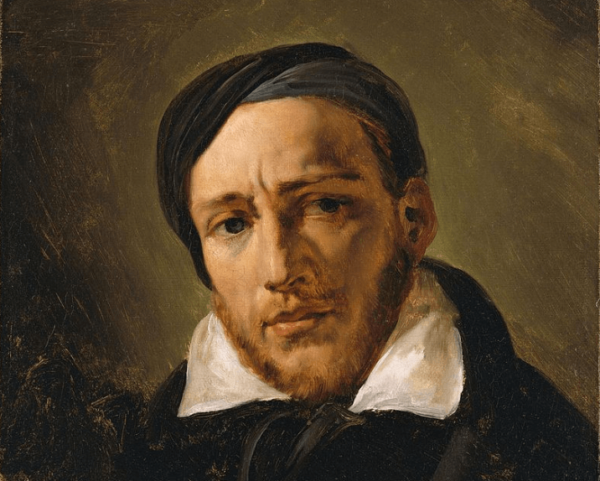 Fragile, meditative, and sensitive, Théodore Géricault was a painter who exerted a powerful influence on the Romantic movement in France. He began his career with paintings that were large military statements for Emperor Napoleon.

However, his later works, with their emotional brutality and empathy, captured the hearts of audiences for generations. His masterpiece The Raft of the Medusa was an iconic work from the very moment it saw the light of day.

Unfortunately, Gericault’s death at a young age prevented us from knowing just how deep he could delve into the human spirit. Still, the work he left behind for humanity was of great importance to Romanticism.

In 1808, he began his apprenticeship with Carle Vernet, a neoclassical painter who also shared the young man’s fascination with horses. Géricault was interested in a style of painting that was less rigorous and artificial than neoclassical works. At this time, the teaching method focused on imitating works by the masters.

Géricault began working in the studio of Pierre-Narcisse Guerin, where he met another brilliant young Frenchman, Eugène Delacroix. As a result, the two forged a lasting friendship of mutual admiration and they went on to found the artistic movement known as Romanticism.

The beginnings of his career

This painting depicts a tragic event in French history: the shipwreck of the French ship Medusa during the year 1816. This shipwreck had enormous political implications in France.

The incompetent captain had gained his position through connections with the Bourbon restoration government. In the midst of the shipwreck, he fought to save his life and that of other officers of rank but left the weaker ones to their fate.

The shipwreck occurred as a consequence of the negligence and selfishness of the officers on board. Thus, Géricault’s painting was a statement of hostility. The macabre realism of the work, its treatment of the incident as an epic-heroic tragedy, and the virtuosity of its drawing and tonalities took the work far beyond mere reportage of the incident.

The portrayal of the dead and dying was developed within a dramatic and carefully constructed composition. This way, The Raft of the Medusa approached a subject of the time with remarkable and unprecedented passion.

Thanks to this piece, the artist polarized critics and established himself as a young face on the pictorial landscape. On the strength of this painting and other lithographs, Géricault toured England from 1820 to 1822, gaining fame and fortune.

Upon his return to France, the artist executed a well-received series of ten paintings depicting various types of madness. He traveled to the Salpêtrière asylum in Paris and painted portraits of the inmates with poignant precision.

The series of ten portraits, entitled Monomania, was commissioned by the psychiatrist Étienne-Jean Georget. It has been suggested that Georget, chief physician at the Salpêtrière, a Paris asylum, treated Géricault himself when he was suffering from unbearable melancholy.

The doctor’s intention was to classify mental patients. To this end, he saw to it that each portrait in the series was unified in terms of chromaticism, composition, and scale. This series has been considered a bridge between Romantic art and 19th-century empirical science.

Theodore Gericault suffered from tuberculosis, but it wasn’t this disease that took him to his grave; he died from injuries sustained after a riding accident.

At the time of his death, he was 32 years old and at the height of his career. His work influenced other romantic painters and artists for centuries to come.