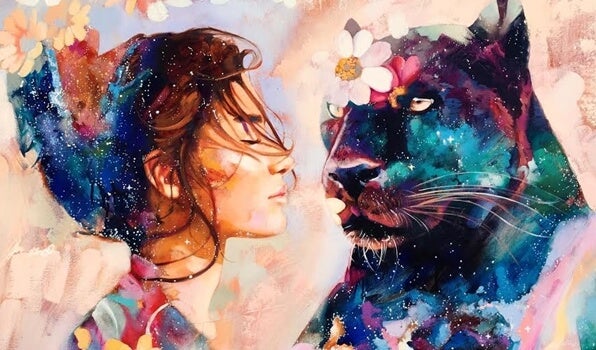 Keeping going is not an option, it is an obligation. We have all experienced it. We’ve all got bogged down at a crucial moment in our lives. And when this happens, our whole universe becomes distorted, we find ourselves face down and out of sync, grounded in a strange, suffocating dimension. And we all know very well that whatever doesn’t move, or stays clinging on to something, eventually perishes. Like stagnant water, everything starts to go bad.

“The secret to keeping going is to start”

When we go through difficult and unfavorable times, there is a part of our brain that encourages us to move forward. It is the voice of logic, and its aligns with what our loved ones are telling us. They are concerned for us and try to support us with encouraging words. However, there is another part of our brain that is resistant to change and completely attached to painful events that have robbed us of our peace. This part of our brain also seeks to rob us of the feeling of security we enjoyed not too long ago.

Letting go of something or someone, giving up the things that gave us identity, such as a job or a friendship, makes our whole being enter a state of alarm. A complex situation ensues, and one that we need to manage properly, meticulously and wisely.

We want to get as far away as possible from all that accumulation of negative emotions that’s gripping us. And yet it is actually very beneficial to face that emotional knot face on in order to understand and unravel it. A complex set of circumstances, that, if we control and decipher them, will offer us the necessary impulse for keeping going.

Sometimes we underestimate the wonderful capacity for resistance and self-improvement that each one of us has inside of us, right in our very heart. It is indeed an indestructible rough diamond capable of illuminating our roads. To consider this idea further, it is worth telling a little story that will undoubtedly make us reflect and come to more than one conclusion.

The history of a message was lost in an old library

We have all seen the famous poster that bears the phrase “Keep Calm and Carry On”. Keeping calm and carrying on is possibly one of the best selling messages in the field of personal growth. However, its origin is a very curious one. To discover it we must travel to the Second World War and to London in 1940.

The government knew that the situation in the United Kingdom could not be more complicated. The war was at its worst and the bombs of the German army were striking its major cities regularly. They needed a means of defense, and, apart from the military side of things, they needed to raise the morale of the population. They needed to feel that typical British stoicism, so that their spirits would not become low in such terrible circumstances.

For this reason, to encourage keeping going, the government designed posters to put up on the streets. Several proposals were put forward,  such as “Your Courage, Your Cheerfulness, Your Resolution will bring us Victory” and “Keep Calm and Carry On”. It was the latter which was chosen to be the wording that the British people needed, and more than two million copies were printed. A good percentage of the budget was used for this project.

Now the question is, did this striking and well-intentioned poster help? The answer is simple – it wasn’t necessary. The posters never appeared on the streets. Winston Churchill decided that they weren’t suitable, as he felt the British didn’t need patronizing messages. People already knew very well that the only possible option was to move forward, fight and trust. Human beings already have their own mechanism to draw strength from adversity and for resisting. Keeping going is an innate part of us.

Placing these messages on the streets was little more than a joke. For that reason, the government hid and destroyed a good part of them, so that no one would discover that they had invested a considerable amount of money in something that, quite simply, wasn’t necessary.

It was not until the year 2000 that some of them were accidentally found in an old bookstore. The finding was so surprising, and it wasn’t long before an expression created several decades earlier caught on and became incredibly popular.

“Success is going from failure to failure without losing enthusiasm”

We may know deep down that human beings are made of an indestructible material, and that it is in our genes to resist and persist. However, what can we do when we have lost our enthusiasm? How should we react when our feet are trapped, our hearts cold and our minds dominated by negative thoughts?

Finally, we have the most important step – grab hold of momentum. Moving forward is a leap of faith, of confidence in oneself and one’s own resources. This is something we can all do to achieve a fuller and more satisfying reality. The reality we deserve.

How to Keep Going When Nothing Makes You Happy
Sometimes, you just can't find your path, and it's hard for something to make you happy. You want to change your way of looking at life, but you just can't. Read more »
Link copied!
Interesting Articles
Psychology
For a Good Life, Learn to How to Handle Uncertainty