The Valhalla Murders - The Thriller about Child Abuse

The Valhalla Murders is an excellent Scandinavian thriller. The main characters are attractive and complex, and the series follows a mini-stories format. Also, it has a terrific main plot that'll keep you on edge till the end. 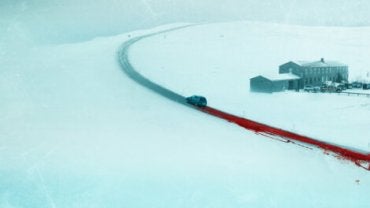 The Valhalla Murders, originally created by RUV, the Icelandic National Broadcasting Service, aired in Iceland in 2019 and is now on Netflix. The series, which consists of eight chapters, takes place in Reykjavik, the Icelandic capital.

The series involves a police detective, Kata, assigned to investigate a murder that quickly becomes a serial killer case. Arnar, a detective who normally works in Oslo, is her partner.

Through their collaboration, they discover not only the killer but also the motive for the murders. It leads to a network of corruption.

The rhythm of The Valhalla Murders keeps the viewer attentive in the rhythm of an incredible investigation that seems to be related to the Valhalla juvenile center that closed 30 years earlier. A series with multiple twists and turns in an unknown Iceland.

The Valhalla Murders, an Icelandic thriller that uncovers child abuse

The Valhalla Murders offers exactly what you expect. It’s interesting despite the fact that it’s slow and there’s never a moment of boredom, including its supporting plots. Broken families and child abuse are central themes of the series.

In the story, Arnar must fight with his own past while Kata must fight to regain confidence with her son. The series analyzes the magnitude of child and adolescent sexual abuse (through two plots), including victims and survivors.

More than a detective series

With its sincere desire to be more than just a series of detectives, The Valhalla Murders doesn’t hurry and it’s plot develops in a timely manner. There’s evidence of this in the first episode, dedicated exclusively to the character of Kata.

This ambitious inspector, whose efforts are seldom recognized in her position, must work with an investigator from Oslo, named Arnar (Björn Thors). The detectives will have to learn to collaborate in order to discover what happened in Valhalla several years ago and, thus, catch the serial killer.

Despite posing a fairly simple scenario, the series has scenes that allow a better understanding of the motivations of the two main characters. Their complementarity is particularly felt thanks to the remarkable performances of Nína Dögg Filippusdóttir and Björn Thors, who are well-known actors in Iceland.

If certain revelations are predictable, most spins redistribute the cards in a surprising way and manage to project a tension that increases until the last episode. The series can’t help but get lost in subplots, abandoned along the way, such as the appearance of a dark video on the phone of Kata’s son or the relationship between Arnar and his sister.

However, the clues are interesting in the base, which could have brought a bit more complexity to the characters. Ultimately they just seem like a filler meant to serve the entire purpose of the series: that appearances are misleading.

Hidden behind the apparent tranquility are the atrocities that everyone preferred to bury deeply and forget. On Detective Arnar’s side, there’s a relationship with his fundamentalist religious family.

Then, there’s the broken relationship between Kata and her son. And as a central element is the memory of the horror of the Valhalla children. They’re victims of an atrocious system, author, and accomplice of a pedophile network.

It’s shocking that the Valhalla murders took place in Iceland. This is because it’s one of the countries with one of the lowest crime rates in the world. The purity of the immaculate landscapes contrasts with the horror of the crimes that Kata and Asnar discover during their investigation.

The series knows how to take advantage of this framework. The gray and cold, almost icy, photography seems to borrow from neo-noir films. It magnifies the external decorations, giving the series an even darker appearance, intensified by Pétur Ben’s soundtrack.

A complex plot without added morbidity

The Valhalla Murders addresses difficult topics such as domestic abuse, parental neglect, and pedophilia, but they do it responsibly. That is it shows how victims thrive to survive after such events. Thus, it adds more depth to the story and characters. This investigation reveals heavy secrets and upsets everyone trying to rebuild their lives after what happened.

The series is Netflix’s first co-production with Iceland. It’s well produced and has a solid script. Creator Thordur Palsson found a good balance in his first series.

Although it doesn’t add anything new to the Nordic-noir genre, which is characterized by killers, snow, and quirky detectives, it’s a well-crafted thriller. This is because the eight chapters contain the quintessential elements of what should be a mysterious murder case.

5 Addicting TV Shows with Psychological Themes
If you're a fan of intriguing plots and  interested in the world of psychology, then the following five TV shows should be next on your list. Read more »
Link copied! Next
Interesting Articles
Cinema, Television, and Psychology
Russian Doll: Nihilism, Satire, and the Contemporary Society