The Tobacco Conspiracy: Truth or Lie?

Thanks to the tobacco conspiracy, many smokers around the world never knew the true dangers of tobacco usage. Others were manipulated in order to fuel their addiction. It now seems that e-cigarettes are the next chapter of the story. 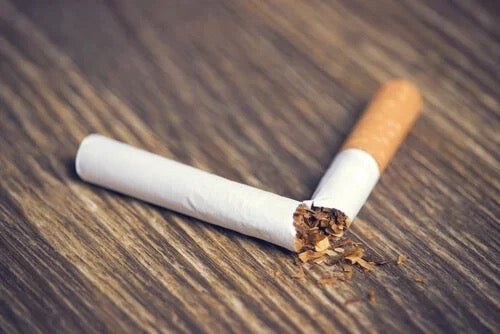 The tobacco conspiracy was a set of strategies that were carried out by the tobacco industry. These strategies were the industry’s attempts to turn people into addicts. They did this by hiding medical evidence about how tobacco damages people’s health. Furthermore, it’s believed that the industry used pressure to prevent any laws that went against their own interests from being passed.

There are many intriguing conspiracy theories around. They usually suggest global threats and secret activities and undertakings. In reality, most of these theories are fake. In fact, they usually just capture the interest of the unsuspecting and make money with clickbait.

Evidence supports the existence of the tobacco conspiracy. As a matter of fact, the World Health Organization (WHO) published studies and evidence on the subject, so they seem to have exposed this particular conspiracy. However, there are more threats on the horizon.

“Giving up smoking is the easiest thing in the world. I know because I’ve done it thousands of times.”

When Christopher Columbus arrived in America, he saw indigenous people using tobacco. They tended to chew tobacco rather than smoke it. For the American Indians, tobacco was (and still is) a sacred plant. They don’t use it every day, but only on special occasions or for certain rituals.

The Spanish brought tobacco to Europe. They inhaled it through their nose instead of smoke it. Gradually, more and more people started to use it. Even priests snorted during mass. In fact, Pope Urban VIII had to ban it.

From the 18th century onwards, tobacco use was widespread. Furthermore, it was marketed all over the globe. It was extremely profitable, as the plant grows in virtually any climate. In addition, it’s cheap to grow.

Tobacco companies did everything in their power to promote tobacco use. They especially wanted to encourage young people to smoke. This was particularly evident during World War I. In fact, they even gave soldiers cigarettes as part of their rations.

In the 1920s, women started to think that smoking represented a kind of emancipation and equality with men. This idea spread quickly.

However, experts soon started to see cases of respiratory problems worldwide. Science warned about this situation and experts discovered that cigarettes were, indeed, the root cause of many of these illnesses. Furthermore, they discovered that nicotine was highly addictive.

Then, a new phase of the tobacco conspiracy began. The tobacco industry resorted to bribery and outright lies in order to hide or minimize the damage caused by tobacco. These events were discovered later on.

One of tobacco companies’ favorite methods to ensure their survival in the face of so much opposition was to try to infiltrate their way into the upper echelons of government bodies. They sponsored state programs in many different places. Furthermore, they placed certain menial employees in different government departments. In fact, they even had employees in the World Health Organization.

At the same time, it’s believed that the tobacco industry began to use increasingly addictive concentrations and combinations to make their cigarettes. In addition, they tricked users into believing that light or “low nicotine” cigarettes weren’t as harmful. This was a lie.

One of the pivotal moments in the tobacco conspiracy came when Ian Uydess, a former employee of Philip Morris International (the world’s biggest tobacco company) revealed the practices the company used to make cigarettes more addictive. The issue ended in court and the judge ruled in favor of Uydess.

Once the damaging effects of tobacco became public knowledge, most countries imposed more rigid laws in order to curb tobacco usage. This influenced the tobacco market. Initiatives were taken around the world to change the ways in which tobacco is consumed. These included the use of technology.

Consequently, the tobacco conspiracy entered a new era. In fact, the industry started to promote a new idea. This was that the health problem was the smoke. Therefore, they focused on the development of cigarettes that didn’t produce any smoke. That’s how e-cigarettes came about.

More recently, the very same Philip Morris International set up the Foundation for a Smoke-Free World. They now have an e-cigarette on the market. However, experts say that these devices aren’t safe. In fact, they claim that they can actually be dangerous due to their high nicotine content. Nevertheless, millions of people all over the world already use them. Indeed, it would appear that the tobacco conspiracy is far from over and that the tobacco industry continues producing its “triumphs”.

What’s Hiding Behind a Smoking Habit?
It seems strange that smoking, which isn't exactly pleasing to our noses or lungs, is so common. What's hiding behind a smoking habit? Read more »
Link copied!
Interesting Articles
Healthy Habits
The Advantages of Dance Therapy and the Language of Dance

There is no greater poverty than poverty of the mind. It is what makes you feel worthless and keeps you inactive…

Becoming a positive person, if you aren't one already, may seem simple. But it's not always so easy. Choosing to think positively is especially important if we agree with the idea that we…