The Surprising Letter a Mother Found in her Teenager’s Drawer 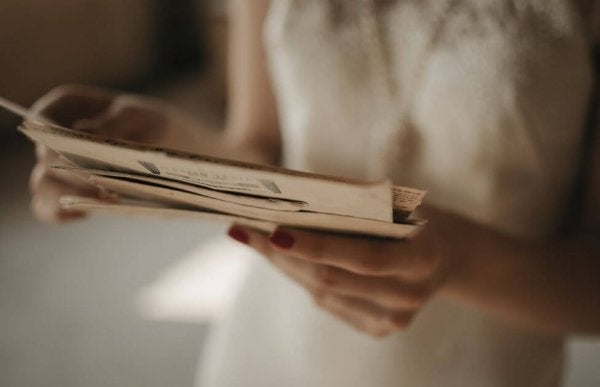 Yes, during some of my tantrums, I am typical. The typical teenager. I am fifteen years old, and I keep a diary. What you’re reading is simply a part of that diary, which of course is locked and hidden. Hidden in a place you will never find. At least I hope you won’t stumble across it as you’re tidying my things, believing firmly that you are restoring some type of order to a room in which I honestly feel lost.

If you found it, it would be a good reason, the best one I could find without a doubt, for you to become a nefarious mother. Overprotective, uptight, unbearable in a word. Furthermore, I think you would only feed your own fears. Fears thanks to which you no longer sleep some nights or wait up for me until very late. Because yes, within my mind I ponder options which you would rule out.

These fifteen years have been long, because I have learned a lot. They are short due to everything I haven’t understood and which still confuses me.

When I was young, I asked about external things. What is it? What’s it for? Now, for a teenager like me, the questions are more uncertain. They have to do with my inner world. I have stopped asking them because I don’t believe you have the answers, at least not my answers. That’s why I prefer my friends on this matter. With them I share in the complicity of not knowing, the excitement of every new discovery. If you go back in time thirty years, you’ll understand. 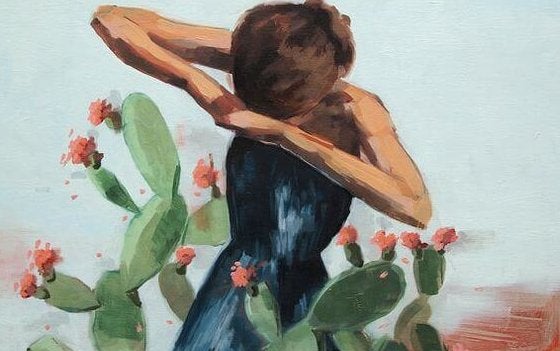 When we grow up, we forget

This is something that astounds me about adults. They forget much too soon that they too were are a teenager once. How they were mischievous, fell in love for the first time, or faked being ill to get out of class. How they turned a blind eye to the clock in order to get home late.

The battle they fought for their independence and resolved the confrontation between what others expected and the things they truly wanted. The price they had to pay for choosing either of the two options, in the short or long term. What were you like when you were a teenager?

I hope that when I am older, I won’t forget as much. Although by looking at humanity nowadays, I doubt there’s any way around it.

Furthermore, if the genes which hold this tendency have survived, it’s likely that the habit has some adaptative aspect to it. Something which makes it easier for every member to play their role. For you to have your expectations and I to break them, for this to be the first of other more difficult exercises to come, for I to have to face each of them. I think that if they explained the theory of Darwin this way, there would be fewer people in the world who would ask themselves what on earth that man ever said that was so important.

Thinking the world revolved around me…

You know, as a child, in that selfishness that all children practice, I thought that the world was a big stage. And the people, when I didn’t see them, were getting ready to present some script which they would later perform for me.

To prove this theory, many times I tried to be unpredictable. Even if I wanted a candy, I would turn it down, just to see how others would act when I behaved unexpectedly. My intention was for “Big Brother” to confess to the whole thing due to the desperation of having his plans baffled.

Let’s just say, I often got lost in that game of coherence or incoherence many times after that, sometimes for over a day. Hence my mood changes as a teenager, my resistance, and my acceptance. It stems from trying to relativize everything and to feel weightless about the sensation that there is nothing safe to cling to.

There is nothing infallible or over which I have absolute control. Because even your best friends can fail you and the tests you studied the hardest for can get suspended. You could call it luck or good fortune, but this is more capricious than the drops which fall on a sunny day.

What do I have to do to be a good enough teenager?

But the most complicated part of growing up has to do with a question that encompassed the impotence of my friends and I. I don’t know what else I need to do to be good, to be accepted. To feel loved and respected.

I have seen how this question has transformed my friends and how it transformed me. The first requisite might be to have the perfect body. Which is ridiculous considering our bodies develop in an anarchic way and basically do whatever they want. You may want to be tall and bodacious, but if genetics have decided that this is not you, then you won´t be. That’s when you begin to understand why someone invented the torture of high heels.

You begin to understand how it is more difficult to win someone’s respect when you are short, as it is when your friends tell you that you’re a bit too heavy or a bit too thin. Criteria can be perfectly adapted to the curves which appear on the women found in magazines: not too much, not too little, just the right amount.

People who used to know and acknowledge you, now begin to treat you as if something about you was horrible. And they do so in such a radical manner and so frequently that you begin to believe it yourself. That there is something about you that is wrong, which doesn’t work. Furthermore, the things you do to fix this seem to make you stick out even more. Truthfully – your feet are a bit too big and God didn’t mean for you to wear heels.

Some questions don’t seem to have answers

You would like to ask if someone knows how to compensate for the things nature didn’t bestow onto you or has given you in excess, but you have already seen how your friends have failed you. At that moment, you could withstand almost anything except seeming vulnerable. It would be unacceptable to give them an indication that their teasing has any kind of effect on you.

The only thing you have left is to portray an image of security. This is another one of the attitudes that you need to have in order to be good. Not only being confident but always showing it. This way, you end up giving off the impression that nothing matters to you.

Within this profile that teenagers require for their “entry into life”, I realized that I also had to get good grades. That was a way to keep you happy. I also had to make it look like I was putting in some effort. But not too much. I had to seem hardworking, but also smart.

Among my classmates, it was also frowned upon to get bad grades. That is unless the group of teenagers sees it as your own choice instead of due to a lack of skill. If they thought the latter, you were a goner. You would forever be tossed in with the losers. A group that is very easy to get into, but so complicated to leave.

In this sense, Bs and B+s were the best grades. Just like it was also better to not raise your hand too much or answer the teacher’s questions too quickly. Or not answering the question correctly at all and, instead, saying something that the kids of importance would think is funny. This kind of teenager is called an influencer now.

It’s best to stay in the middle of the curve

One day in class, we were taught about a very well-known curve, Gaussian functions. Supposedly, many natural distributions adjust to this type of function. Thus, there always seems to be a greater density around the middle, and less at the ends.

So this seemed very natural to me because being at the ends is always a dangerous thing. Not manifesting emotions or doing so too much, not ever getting angry or being mad all of the time. If you want to be a peaceful teenager, it’s best to stay in the middle of this curve. Here, blending in among the many is much easier. Camouflage, as it used to be called, which goes very well with the image I as a teenager am trying to portray. The image of being unbothered by the world.

Here, the page of this diary ends, which I have misplaced by chance, of course 🙂 Saying this to your face would be embarrassing. That’s why I am leaving it here for you among my socks. Like a page lost in the middle of the order that you’re trying to impose. Maybe now you may understand my struggle to find my own kind of order. A task which is not easy or simple, but which is exciting nonetheless.

And, of course, I love you, which I seem to never say… 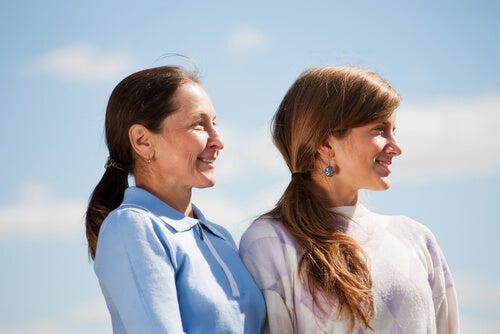 The Danger in Telling Teenagers They Can Do Anything
Many parents tell their teenage children, “You will be able to do anything you want.” Every parent would like to motivate their children Read more »
Interesting Articles 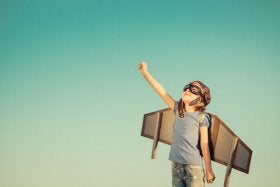 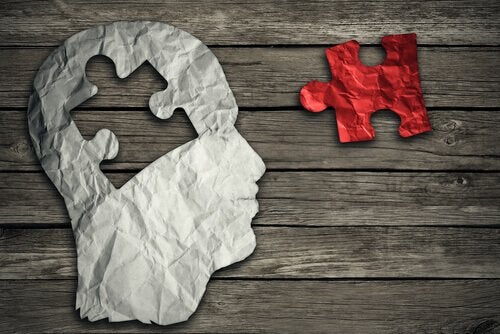 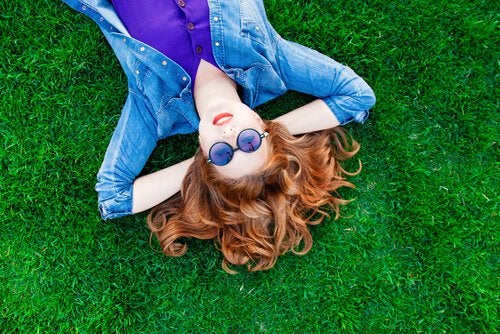 Psychology
The Benefits of “Wasting Time”

“Stop wasting your time… ” “Why are you just sitting there!” “Get up and take advantage of your time.” All of… 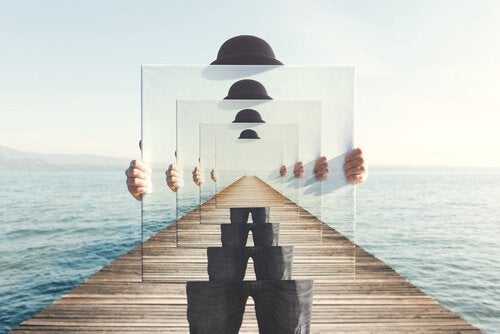 Psychology
Apeirophobia: The Fear of Infinity

Apeirophobia, or the fear of infinity, is a very peculiar phobia that very few people know about. However, before explaining what it is, we’ll briefly discuss what a phobia is. A phobia is an intense and irrational fear of certain… 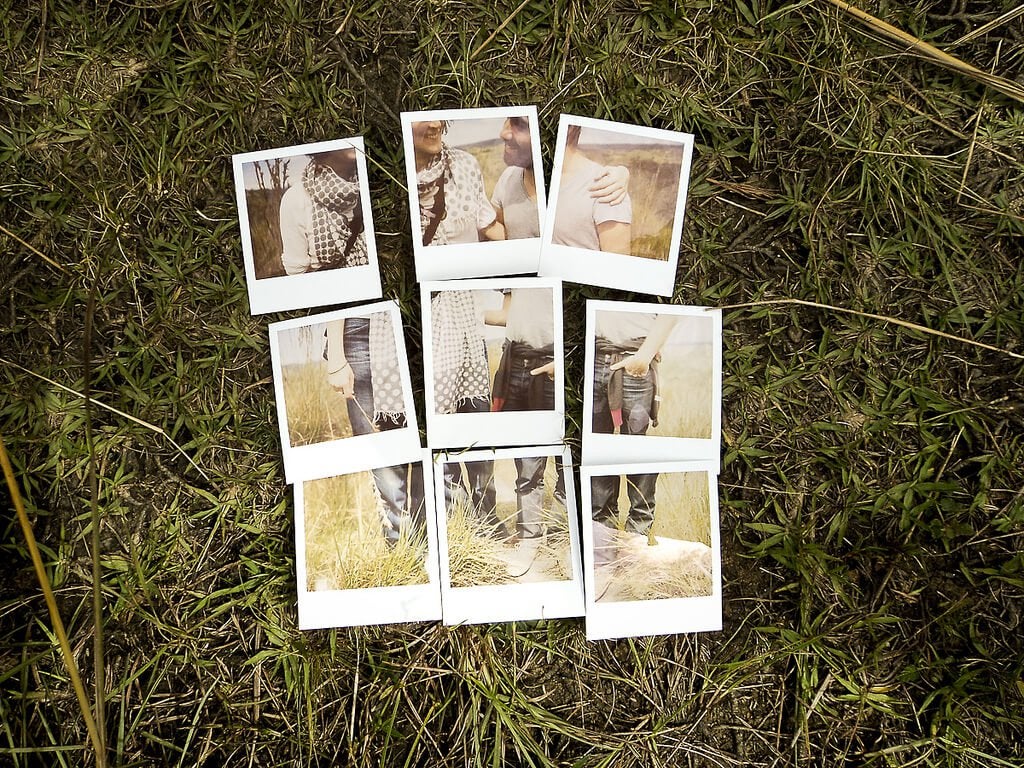 Sexuality is a subject about which there are all types of hypotheses, conjectures and conclusions, and it is discussed from a variety of perspectives.  Some try to understand it from the point of an enigmatic world of neurotransmitters. Others choose to decipher it…