The Terrible Price of a Lack of Love: The Story of Ivan the Terrible 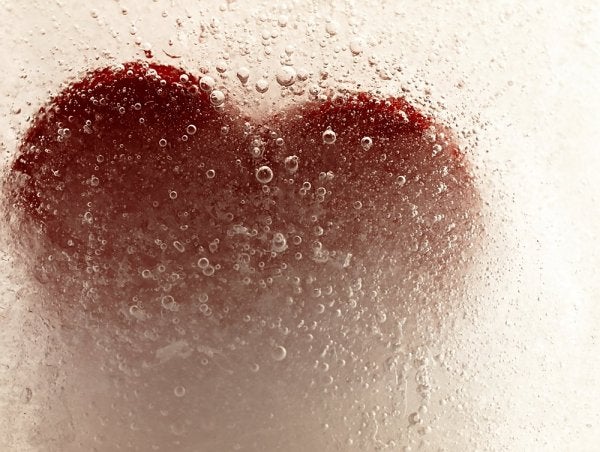 “Certain people, in their eagerness of wanting to build a world where no external threat could possibly penetrate, excessively increase their external defenses, and leave their interior unprotected.”

A person’s infancy can mark them for their whole lives. Our first experiences, the relationships we have with those around us, and the examples and teachings that we receive from them stay with us for the rest of our life, for better or for worse.

For that reason, love is so important; the saying “love moves the world” is not said in vain. It is true that love, and its opposite hate, are the motors of the greatest successes of humanity and also the worst atrocities that have been committed throughout history.

So, today we want to present you with an illustrative example of how infancy can leave a mark, in this case a terrible mark, on a person. This is the case of Ivan the Terrible.

Ivan the Terrible has passed into an imaginary league of historic figures precisely for his nickname “The Terrible,” a nickname that in its time was a poor translation from the Russian “The Strict.” And this nickname is fitting considering the atrocities that he committed.

Everything starts in his infancy. When he was only three years old, he lost his father, and he became the “Grand Prince of Moscow.” The power was held by his mother, who died five years later after most likely being poisoned by the boyar clans, who always disputed the ruling power.

From that point on, Ivan was educated by the boyars, who used every kind of humiliation against him throughout his entire childhood: they abused him, humiliated him, beat him for fun, and imprisoned him in the Kremlin’s palace, where he lived practically as a beggar.

Everything which Ivan suffered during his childhood is reflected in his first act of cruelty at the age of 13, when he ordered that one of his enemies be ripped to shreds, by throwing the man into a pack of hounds. His helplessness had become rage and counterattack…and it seemed to work. Ivan was beginning to be respected.

Little by little, his character begins taking shape; and the infancy he was given, the sadness of having a brother with a mental illness, whom he always held in great esteem his whole life, and the death of his beloved wife Anastasia, were all great blows for Ivan. These all became deeply engraved in his character.

A painful loss and a striving for control

Despite the fact that Ivan was married seven times, it was only his first wife, Anastasia, who truly stole his heart. She fell ill and died shortly after. During that time, no one could tell Ivan why, but time and the investigation completed after the death, it was discovered that she had been poisoned. The analysis of her bones reveals that she was given a lethal dose of mercury.

In the event of his wife’s death, Ivan’s character became even more “terrible” and he was always suspicious of everything and everyone. His wife had been the only person who he had trusted, and they had snatched her away from him.

As we all know “our head rules our actions” and despite Ivan’s aspirations to conquer the Baltic, his dreams were never made possible. Ivan lacked everything that his rival, the envied city of Novgorov, had. It was a place known for the education and good manners of all its inhabitants, qualities that had made it famous.

They had good trade and its merchants built churches in order to earnestly ask for God’s help in making their businesses prosper. Few things can be truly conquered by force, and when faced with such impotence, Ivan did just what he had seen done in the past, what he had been fed and lived his whole life: the employment of cruelty. Again Ivan attacked, devastating the city and torturing, decapitating, and impaling many of its inhabitants. Modern day research estimates about 2,000 to 3,000 people suffered his wrath.

In every act, Ivan demonstrates poor and lost judgement and his final horrific act was the assassination of his own son. One day, Ivan discovered his daughter-in-law dressed inappropriately, according to him. In an angry confrontation with his son, Ivan, invaded by the rage and fury that characterizes him, beat his son to death. To kill one’s own son. A person can only commit such an atrocity when completely enveloped in the fury, aggression, and hate of a given moment. This is confirmed by experts.

200 years later, Peter the Great achieved everything that Ivan was not able to through force and madness: he modernized and built Saint Petersburg.

It is that which could only be built with love… The moral of the story is clear!

Link copied!
Interesting Articles
Cinema, Television, and Psychology
This Short Film Will Teach You Why Every Child Deserves The Best

Every child deserves the best, every person who comes into this world has a beauty and authenticity that makes them…

Culture
Simplify the Present with These 3 Questions

"Enjoy the present" is an excessively used expression that we actually don't apply as much as we should. Living in…