The Story of the Ring: Who Determines Your True Worth?

This story has a very important lesson: not everyone knows how to appreciate the value of something. At first glance, an object's true worth often goes unnoticed. 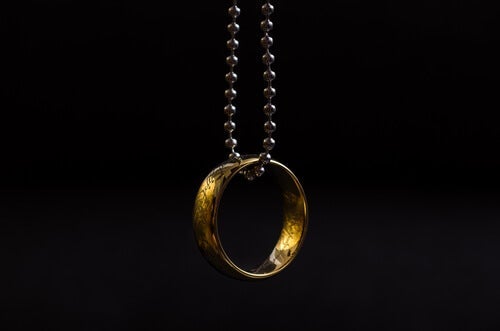 The Ring is a story about the value of an object. Nevertheless, the lesson can be applied to a person’s worth as well.

Once upon a time, there lived a man who everyone called Teacher. Many people asked him for advice because he was perceptive and wise.

Teacher was also a skilled artisan who made beautiful things that everyone loved. One morning, a young, sad-looking man showed up at his workshop. He told Teacher that he felt very sad. “Everyone says that I’m a fool with no skills. How can I change? What can I do to become worthy?” asked the young man.

Teacher didn’t even turn to look at him. He simply said that he had his own problem, which he had to fix before he could help other people. The story goes that the young man was taken aback by his answer.

“Things are only worth what you make them worth.”

Teacher hesitated for a moment and then said, “If I solve my problem, I’ll be happy to help you. Maybe if you help me out, I’ll be able to help you more quickly”. The young man’s eyes lit up, and he smiled for the first time since he had arrived. “Of course! Just tell me what I can do for you,” he said. However, deep down, he felt disappointed that he had to put off his own needs once again.

The story goes that after they reached an agreement, Teacher took off a ring he had on his pinky finger. He showed it to the young man and told him that he urgently needed to sell it. Teacher was in debt, and this was the only valuable thing he owned.

He asked the young man to help him sell the ring. He also told him that the goal was to get as much as possible for it. “Accept no less than a cold coin,” he warned the young man. Then, he brought a horse from the stables and told the young man to take the horse and ride as fast as possible to the closest market. A soon as he returned with the money, Teacher would help him with his problem.

The story goes that the young man sped off, hoping to sell the ring as quickly as possible. When he reached the market, he started to offer it. Although some merchants seemed interested, when the young man told them the price, they burst out laughing or quickly turned away.

Finally, an older man told him that he was asking too much for such a small ring. No one was going to pay him what he was asking. The old man offered a silver coin and a piece of copper in exchange for the ring, but the young man didn’t accept the payment.

The young man tried to sell the ring all day to no avail, although he offered it to over 100 merchants. Crestfallen, the young man mounted the horse and headed back to Teacher’s workshop. He had failed.

The moral of the story

The young man said to Teacher, “I think that this ring is worth two silver coins. I didn’t want to deceive people about its worth”. Teacher was happy. He congratulated him on his hard work and his attitude. Nevertheless, he reminded the young man that he didn’t even know for sure how much the ring was worth. Thus, that it’d be best to take it to an expert and have it appraised.

After that, the young man visited one of the most prominent jewelers in town. After introducing himself, he asked the jeweler to tell him how much he was willing to pay for the ring. The story goes that the jeweler examined the ring carefully. Then he said, “I can’t give you more than 58 gold coins for this ring”. The young man was stunned and immediately headed back to Teacher’s workshop.

When he arrived, he excitedly told Teacher what had happened. Then, Teacher said, “You’re like this ring. A valuable and unique treasure. But remember that no one knows the true value of things at a glance. You’re the one who should know your worth”. With that, the teacher put the ring back on his pinky.

Tumushido, A Beautiful Oriental Folktale
This story is about Tumushido, a very wise old man who lived thousands of years ago and taught many life lessons. Read on! Read more »
Link copied!
Interesting Articles
Stories and Reflections
Common Sense Isn't So Common

Therapeutic metaphors for depression are often used in approaches such as acceptance and commitment therapy. The goal of these metaphors…