The Six Blind Sages and the Elephant: Learning to Value Other People's Opinions

Do you value other people’s opinions? Do you take into account different perspectives? The story we present today invites you to reflect on these questions. 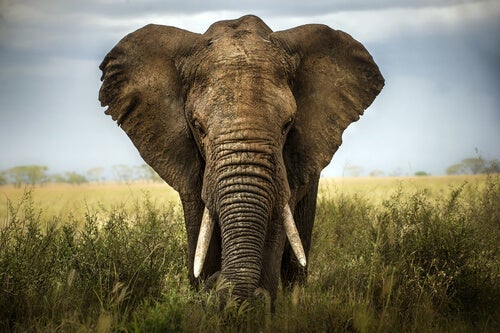 It’s not always easy to value other people’s opinions. This is because, when they’re completely different from our own, we usually prioritize our own way of seeing things. This can cause us to become uncompromising people and to refuse to analyze how others perceive reality. Instead of enriching us, we end up impoverished.

If we act this way, it’s because (even though we may deny it) we always like to be right. However, as the article “Relationship Between Two Concepts: Information, Knowledge and Value, Similarities and Differences” points out, you can only be right if you run the risk of being wrong.

In order to open our eyes to this widespread attitude, today we’re going to look at a story that will help us value other people’s opinions – opinions that come from the knowledge that stems from their own individual backgrounds. If you read it with an open mind, you’ll certainly benefit from it.

The tale of the six blind sages and the elephant

Once upon a time, there were six wise men who lived in a small village. All six of them were blind. One day, someone took an elephant to the village. Faced with such a situation, the six men looked for ways to know what an elephant was like since they couldn’t see it.

“Good idea,” said the others. “That way, we’ll surely know what an elephant is like.”

Thus, the first wise man felt one of the elephant’s big ears. He touched it slowly, back and forth.

“The elephant is like a big fan,” said the first sage.

The second, feeling the elephant’s legs, exclaimed: “It’s like a tree!”

“You’re both wrong,” said the third sage after examining the elephant’s tail. “The elephant is like a rope!”

Suddenly, the fourth wise man (who was feeling the elephant’s tusks) bellowed, “The elephant is like a spear!”

“No, no!” the fifth one shouted. “It’s like a high wall”. (He had been touching the elephant’s side).

The sixth sage waited until the end and, holding the elephant’s trunk with his hand, said: “You’re all wrong, the elephant is like a snake.”

“Most definitely a wall.”

The six men argued for hours, without ever agreeing on what the elephant was like.

To value other people’s opinions, you have to listen

Something that we can clearly see from this story is that to value other people’s opinions, you have to learn to listen. The six wise men in the story didn’t listen to what their friends said, they only affirmed what they had felt with their hands. But it was only a guess.

In the end, none of them got anywhere near to what an elephant is really like, but, despite that, they fiercely defended their own opinions. Although this seems absurd, it happens frequently.

Of course, they were all partly right based on what they had perceived. However, none of them wer3e close to reality. And, worst of all, none of them were able to value the opinions of the others.

How can this story help us? The next time you hear an opinion different from yours, I suggest you try to look at the situation from their perspective. To do that, it’s essential to listen, ask questions if there’s something you don’t understand, and also express your own opinion.

Perceiving reality in a different way

This doesn’t mean that others can’t be wrong. However, we’ll learn to be aware that each person perceives reality differently. Everyone’s opinion contains some truth. In fact, as the article “The Search for Reality or Truth: An Approach Based on Sociological Theory” shows, Plato, with his Allegory of the Cave, pointed out that it’s possible for there to be different interpretations of the same reality.

Influenced by our experiences, values, ​​and beliefs, our way of seeing reality may differ greatly from that of others. But does that mean that some are true and others aren’t? Not at all.

Because of that, valuing other people’s opinions will allow us to enrich our lives instead of impoverishing them by always defending our own way of seeing things. Just like we have seen with the story of the elephant and the six wise men, our opinion may not be as correct as we may think it is.

What Active Listening Means for Relationships
Do you know how to listen to people? Or do you just hear the words coming out of their mouth, missing the real meaning? Active listening is imperative for good interpersonal communication. Read more »
Link copied!
Interesting Articles
Literature and Psychology
Paul Éluard and the Surrealist Movement