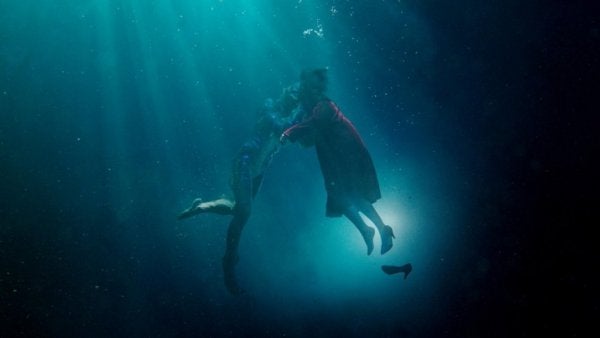 In cinema, the Oscars ceremony is the event of the year, and in 2018, The Shape of Water was the big winner. Mexican filmmaker Guillermo del Toro is known for his unique style of mixing fantasy and reality, fascinated by monsters ever since he was a child. His films immerse the audience in a poetic fantasy where appearances are deceiving.

He captivates the audience with his distinctive aesthetic. Not only is The Shape of Water visually pleasing, but it also talks about loving people different than you. It is a much-needed conversation these days. The movie invites us to embrace our differences and break societal barriers.

The Shape of Water is like a modern day Beauty and the Beast, but better. Here, the Beast doesn’t have to become a human, and Beauty doesn’t need to be a princess. Even though it’s a fantasy movie, del Toro makes it feel realistic.

How? By taking us back to the sixties and introducing us to characters that feel very real and relatable. The way he combines fantasy with reality makes us really believe what we’re seeing. This, along with the “magical” set design and the music, makes The Shape of Water 2018’s must-see movie.

The theme of otherness in The Shape of Water

History always seems to reward Western white men who are strong and powerful. Meanwhile, everyone else is seen as inferior. Women, gays, immigrants, black people, are all overshadowed, and their fight for equal rights has taken far too long.

Guillermo del Toro puts himself in this category of “otherness,” as a Mexican living in the US. No matter how good a filmmaker he is, he can never shake the label of immigrant.

Ever since he was a child, he was different, imaginative, fascinated by fantasy: qualities that have brought him to the top of the film world. Film can either erase barriers or make them stronger.

It has the power to change the world and shift the political discourse. With The Shape of Water, Guillermo del Toro honors otherness, embraces difference, and breaks down walls.

The movie begins with a woman who lives alone in the 60’s. Despite her solitude, she seems happy and does the same routine every morning before work. She makes breakfast, cleans her shoes, and masturbates in the bath.

She’s a completely normal woman, and these scenes are incredibly normal compared to the fantastical nature of the rest of the movie. The woman, Elisa, is mute and an orphan, but neither of those things have prevented her from being independent. She cleans a secret government laboratory for a living. That’s where she becomes friends with Zelda, an African American coworker.

Both women are at the bottom of the hierarchy in the lab. Not only are they women, but they do the dirty work. They’re viewed as insignificant, and being mute and black respectively doesn’t help their situation.

Meanwhile, the powerful white men are at the top. Then you meet Elisa’s friend Giles, an old gay artist who lives with his cats. These three characters represent otherness. Throughout the movie, you see many uncomfortable, difficult situations of racism, homophobia, sexism, etc.

In the middle of the Cold War and during the boom of space travel, a strange creature captured from the Amazon arrives at the lab. The creature was venerated in the Amazon, treated like a god. It has similar characteristics to humans, but it’s also an amphibian.

Elisa finds it and feels a certain fondness for it. Even though she’s an imperfect human who can’t talk, the creature observes her without any prejudice, without even noticing that she can’t talk. The two develop a very special connection.

The creature becomes a point of contention between the Russians and the Americans. They mistreat it and want to kill it so they can study it. But Elisa, her friends, and a Russian spy from the lab do everything they can to save it.

In this story, the heroes are the minorities and the villains are the powerful. It’s quite a political statement in such a fantasy world. And you don’t just see heroism in the realistic characters, but also the human-amphibian, who is an other even among others — unique, different, and tortured.

The shape of love

The color spectrum chosen for the movie is reminiscent of the aquatic world: cool green and blue. From the set to the costumes, everything revolves around water. The title itself is interesting because water has no shape, just like love. Del Toro has explained more than once that the title is a reference to love, which has no shape and no boundaries.

Del Toro has also acknowledged that the seed for the movie was planted in his mind when he was a child. It was when he saw Creature from the Black Lagoon. The plot is similar, but the monster and the girl don’t end up together.

Del Toro considered that a mistake, because he identified very strongly with the monster. After all, he was strange and different and rejected by most people. He thought he should create this type of love story to show that love has no boundaries. He wanted to show that anybody can fall in love and enjoy love in their own way.

That’s how The Shape of Water was born, a story where the Beast doesn’t need to become a human or a prince to be with his loved one, and where Beauty doesn’t belong to royalty and isn’t an unattainable woman of extraordinary beauty, but a woman who fights for and values herself.

The real monsters in The Shape of Water

Despite appearances, the biggest monster in the movie is Colonel Richard, the man who captured the “monster.” He’s powerful, ambitious, and critical of everyone who isn’t like him.

There’s a quite powerful moment where he’s talking to Zelda about the monster. He dares to say, “God created us in his image and likeness,” insinuating that the “monster” doesn’t deserve any respect. But then he corrects himself and says that God looks more like him than Zelda.

Although he doesn’t say it explicitly, he expresses a very racist attitude towards her. He makes it clear that God is a white man, and only white men were created in his image.

He also abuses his power, objectifies and sexually harasses Zelda, and oppresses his wife. Richard knows the hierarchy well: first come white men, then white women, and then everybody else. Who is the real monster here?

The Shape of Water leaves you feeling hopeful, as opposed to del Toro’s more tragic movies. He invites us to set aside our prejudices and enjoy this fantastical love letter to otherness and diversity, something we all need a lot more of in our lives.

“But when I think of her, of Elisa, the only thing that comes to mind is a poem.”

-The Shape of Water-

Beauty And The Beast – Bringing A Classic Up To Date
Beauty and the Beast is one of the most famous Disney classics. Recently of course it has been given new life in the cinema with real actors instead of animation. Read on and find out how it has been adapted for our 21st century audience. Read more »
Link copied!
Interesting Articles
Cinema, Television, and Psychology
Saroo Brierley, 25 Years Away From Home