The Secret of Alchemy and Psychology

Alchemy is the exact opposite of the uninitiated might think or expect. The gold you're looking for isn't material. Instead, it's found within us, a sparkling gold spark that holds the divine essence of creation. 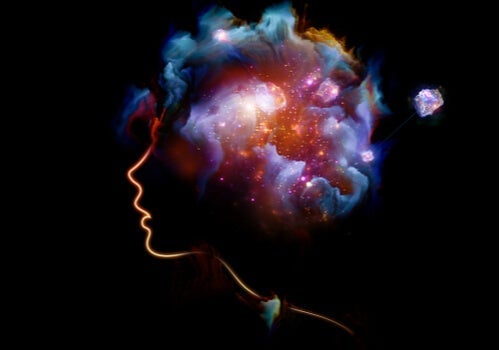 Alchemy, at least as followers of Carl Jung understand it, isn’t about trying to transform lead or other metals into gold. Instead, perhaps there were some people who carried out the true secret of alchemy: symbolically reversing the material, earthly, and unconscious for spirit, consciousness, and meaning. This is true gold.

This significant work is done under the hermetic assumption that it’s important to embody the spirit and spiritualize the body. Basically, this consists of a journey under the protection of the god Hermes-Mercury, the mediator of opposites. According to Jung, the whole issue of transmutation of stones and metals has to do with the transformation of the psyche projected onto matter.

The alchemical work is transformed into symbols, such as the Holy Grail. Matter in form, the unconscious in conscious. This is a kind of transubstantiation or transformation of matter into pneuma or spirit.

The secret of alchemy and its relation to psychological development

Based on the above, when we’re discussing alchemy, we’re actually talking about sublimation, distillation, and condensation or coagulation. The central process is regressive (dissolution) and progressive (condensation). These would be the fundamental steps of the alchemical process:

Nigredo means blackness. This is the process of dissolution (melancholy), characterized by regression or the descent into hell or the unconscious.

Albedo refers to the color white or purification and catharsis. At this time, it’s essential to confront your shadow and support yourself with anima or animus.

The individual must recognize, incorporate, and master all of the “black” contents of the unconscious. In these phases, you lay the first stones for enlightenment.

The rubedo or glowing red-gold refers to the iridescence or mystical complexion that occurs in the middle of the alchemical process. Also, during this transcendent moment, the incarnation of meaning takes place as symbolic gold or the Sun reborn from the womb of Mother Earth and her darkness.

The great secret of psychological alchemy

Next, we propose steps for an initiatory path traveled by hundreds of people. We’ve presented in the form of ideas and concepts so that the reader can create their own symbolic image during their journey.

However, only someone who’s a true individual can cross the four circles:

In conclusion, as you can see, long before the idea of modern psychology existed, there were already ways to achieve the completeness of being or becoming an absolute individual.

This means that alchemy wasn’t only the precursor of chemistry, it was also a precursor of psychology. Hermes Trismegistus is the first proponent of these ideas.

The Most Enlightening Carl Jung Quotes
Carl Jung quotes are interesting because he was a prominent psychiatrist and thinker. He was a tireless researcher who tried to understand humans. Read more »
Link copied!
Interesting Articles
Philosophy and Psychology
The Philosophy of Doubt: A Brief Historical Review