The Real Father of Psychology

Many people think that Sigmund Freud was the father of psychology. The truth is that the title actually belongs to another man who wanted to turn the discipline into a science. 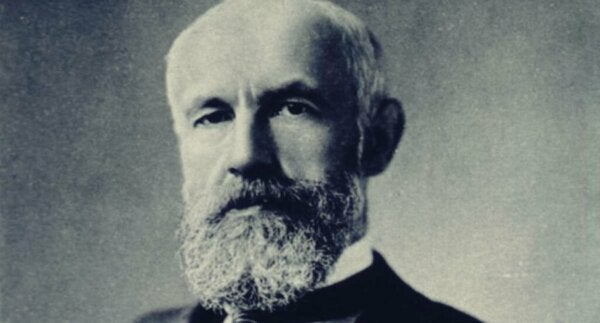 He studied philosophy and medicine. An introspective man, he was very interested in the acquisition of knowledge. One of his goals was to separate psychology from philosophy and turn it into a science. He wanted to show that it was a scientific field that deserved recognition. The true father of psychology was born in Germany in 1832, and his name was Wilhelm Wundt.

It’s interesting that this notable scientist, a man who laid the foundations for the field of psychology, is completely unknown to most people. If you asked anyone who the most important names in psychology are, you’d probably hear Sigmund Freud, Carl Jung, William James, or Albert Ellis. Despite his relative obscurity, however, Wundt was responsible for crucial research into concepts that would later be the key to understanding this discipline.

Interestingly, Wilhelm Wundt’s efforts made him stand out from the crowd. He wanted to fully understand what we call “consciousness”, and what he saw as “law of the mind”. To answer his questions, he did what no one else had done: he created the first laboratory devoted exclusively to psychology.

Who was the father of psychology?

The relationship between von Helmholtz and Wundt wasn’t very good. In fact, due to this, Wundt decided to transfer to Leipzig University to study philosophy. There, he became the chair of the psychology department. To understand how significant that was, you have to know that, at the time, psychology was considered part of philosophy.

In the second half of the 19th century, the scientific community still believed in Plato and Aristotle’s ideas. When defining the mind, they still used terms such as “soul” or “spirit”. Later, Descartes strayed away from these precepts to separate the “thinking self”, res cogitans, from the material or the physical plane.

Little by little, the understanding of these psychological concepts became independent from the philosophical tradition. The biggest and most decisive leap, however, came from Wilhelm Wundt.

The father of psychology was willing and able to ask the hard questions and seek out the answers for himself. This wasn’t an easy task at a time when everything related to psychology was suspended in the world of ideas, abstractions, and postulations.

William Wundt was a pioneer because he wanted information backed by experiments. He wanted hard data, viable and contrastable evidence that scientists could use to formulate theories. Thus, one of the questions that guided him the most throughout his career was related to the forces behind human volition (motivation). He called this question the psychology of volition, choice, and purpose.

Why do we do what we do? What drives us to choose certain things over others, and why do individuals have certain motivations? Wundt was a staunch defender of the scientific method. Consequently, he believed that all of these processes that defined psychology could be studied and researched in a lab.

The Institute for Experimental Psychology at the University of Leipzig

Wilhelm Wundt opened the first Institute for Experimental Psychology in 1879 at Leipzig University. Historians consider this event to be the beginning of modern psychology. Wundt’s research experience during his years in the physiology department with Hermann von Helmholtz was especially useful for this new project.

It wasn’t long before his lab started to attract the attention of other doctors and students at German universities. So much so that many of them volunteered to participate in the institute’s experiments. Wundt exposed them to different stimuli and then asked them to explain the sensations and thoughts they had. All of the data was objectively and carefully measured.

Wilhelm Wundt, the father of psychology

Two of Wundt’s most important books were Principles of Physiological Psychology and Elements of Folk Psychology. However, most believe that his most important publication is the collection of his experimental findings. He published his results of over 100 experiments in a collection titled Philosophische Studien (Philosophical Studies). Here, he published the work he conducted for 21 years of his life. In it, he established the foundations of experimental psychology and also delved deep into its essential concepts and ideas.

He also helped train and shape psychologists such as Watson, Pavlov, and Skinner, who later came up with the theory of behaviorism. All of them continued to use Wundt’s experimental research model and do their work as objectively as possible.

In conclusion, today, we remember Wilhelm Wundt as the curious man who dedicated his life to turning psychology into a science.

Rollo May: The Father of Existential Psychology
In the world of psychology, Rollo May was a complete innovator. Above all, he allowed people to understand the adverse experiences of the human being. Read more »