The Psychology of the Game of Seduction

Just like with any other game, if you want to get better at seduction, practice makes perfect. Knowing the rules and a few strategies can help you hone your skills! 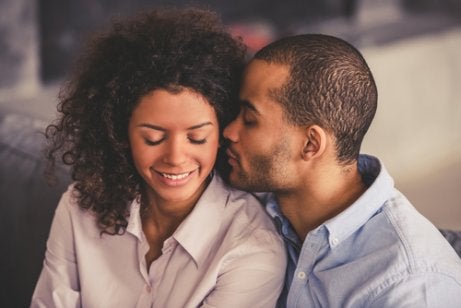 Isn’t a job interview a kind of seduction? Or giving a presentation to a crowd? Seduction is all about convincing or persuading a set of people or an individual to choose you or the object or idea you’re promoting in a particular context.

The word “seduction” comes from the Latin seducere, which combines the suffix se (separation) with the verb ducere (guide or direct). It implies separating or directing someone to change their path or position. That’s the original definition. However, over the course of history, the word has taken on different meanings.

In the Latin translation of the Bible, where this verb starts to have a much more concrete meaning, the definition shrinks to mean the act of deceit or hiding information in order to obtain some sort of gain. The most well-known example of that would be the serpent in the Garden of Eden, as it seduced Eve.

Is seduction a game?

Yes, it absolutely is. Seduction is a complex game. It can be pleasurable and fun, but it can also be unfair, painful, and frustrating. But it’s a game all the same. If you want to play, you have to understand it. You need to know the rules, tricks, risks, limits, and timing.

When you have all that information, you can make a smart decision about whether or not you want to play. If you do, then you’ll know how to play, and you’ll know what you’re getting yourself into because you’ll have considered every aspect of the game. You can see whether, on the scale, pleasure and satisfaction weigh more than pain and suffering.

Seduction isn’t a zero-sum game in which one person wins and the other person loses. Instead, consider it a cooperative game. The participants aren’t competing; they’re trying to find something that’s mutually beneficial. In fact, more than being a cooperative game per se, if in the seduction process it becomes a cooperative effort, it’s an unequivocal sign that you’re playing well.

Just as we’re trying to fit seduction into game theory, it’s also important to address some of the myths that exist about seduction. It’s not math, so it’s not exact nor is it very predictable.

Movies like Hitch (2005) have reinforced the idea that gurus have foolproof advice about how to find a partner or seduce someone. This is very far from the truth, however. There are so many variables at play in the game of seduction, and it’s impossible to control all of them.

What psychological variables influence the game of seduction?

Luckily, psychology has some good resources to offer when it comes to having a better understanding of seduction. Psychology research has identified some of the important variables in the game, so you’ll be prepared to play your best.

These variables aren’t supposed to be advice, patterns, or instructions that work on every person in every context. Instead, it’s information that you should keep in mind when you’re playing the game of seduction.

The better you know all aspects of yourself, the better you’ll be at setting limits about what you like and what you don’t. It also helps you know how far you’re willing to go in a game like this.

In some contexts, you do better, while others make it hard. Being able to know the difference is much more difficult than it might seem, but very important if you want to be good at this game.

This is one of the variables that can cause the most discomfort. That’s because expectations are often a source of misunderstanding and confusion if you don’t take them into account. Setting realistic expectations is one way to prevent uncomfortable situations and avoid suffering.

Let’s delve a little deeper into these basic psychological processes. Attention, for example, is a process that allows you to discriminate between what’s important and what isn’t. This is an important variable in the game of seduction.

Your attention allows you to focus your cognitive resources on things such as actively listening to the other person, their physical traits, the way they dress, their style, etc. All of those context clues that provide the information your brain believes is relevant, and prioritizing them over other stimuli.

This is the ability you have to get information from your surroundings by using your senses. While attention allows you to focus and differentiate between stimuli, perception makes it possible to process and interpret them. Then, you can choose the best option for how to interact with the other person.

In seduction, verbal and non-verbal cues are incredibly important. Also important are the stimuli that might seem unimportant, such as smells, since researchers are discovering new aspects about pheromones and other olfactory science.

Getting information from your fellow player isn’t the only thing that’s important. Remembering and being able to work with that information is also crucial. Two different kinds of memory are at work when it comes to retaining information:

This is related to the esources you’re willing to use to get a concrete result. In other words, your motivation represents the degree of interest you have in something.

In the game of seduction, it’s good to do a little reflection about how motivated you are. Make sure that you’re doing it with the person you desire and in the way you desire, and not because of some other reason that doesn’t have to do with the game.

There are two kinds of motivation:

Emotions are the essence of the game of seduction. We mentioned at the beginning that seduction isn’t always pleasant, but it’s always exciting. If you don’t find it exciting, maybe it’s not the game for you.

In addition, on that hypothetical scale where the advantages of playing outweigh the inconveniences, emotions have to be part of the equation. Whether or not the game excites you should carry a lot of weight when you’re making your decision.

The direction of desire

When you’re trying to seduce someone, you have a concrete goal in mind. There are two types of directions that have to do with the goal, fulfilling your desires, and its nature.

There’s the question of who you desire, which represents a desire for a concrete person. You aren’t thinking too much about this desire or whatever you do with that person leading to a future relationship. On the other hand, there’s the object of your desire, which has more to do with the desire for some kind of specific erotic activity. Here, being able to do that particular thing matters much more than who you do it with. If you’re trying to seduce someone, you have to adjust the way you play the game depending on the direction of your desire.

The role of desire

Here, we’re referring to the way you play and what behavioral mechanisms activate in order to seduce the person you desire. Your personality traits play the biggest part in determining these roles. There are two tendencies:

Is seduction a gender thing?

Gender is a social construct that definitely plays a role in seduction. If you compare a woman and a man of the same age, with the same education, similar personalities, and who live in the same place, their stories about seduction will probably be wildly different.

The reason is that the game of seduction is still strongly influenced by machismo. It’s still more socially acceptable for a man to take the lead than for a woman to do it. That makes it hard for a woman to dare to seduce someone the way that she wants, especially if she’s the one who takes the initiative. That needs to change.

In your own social circles, you should fight to tear down those archaic stigmas associated with women-led seduction. That way, we can even the playing field and everyone, men and women, can play the same game with the same rules.

The Art of Seduction
Seduction has been associated with being misleading and sometimes evil, but sometimes it is done unconsciously and involuntarily and is almost always Read more »
Link copied!
Interesting Articles
Illnesses
Erectile Dysfunction: Symptoms, Causes, and Treatment

In recent years, Spain has seen an increase in a dangerous sexual practice known as chemsex. It is especially common…

Sex is one of the most important parts of life for a good many people. But there aren't many who understand how their bodies work on a sexual level. That's why it's…

Sex
More Frequent Sex is Good for Your Relationship

Sex
The Effects of Pornography on a Relationship

Have you ever watched pornography? What do you think the effects of pornography on a relationship are? Do you think…

Interesting Articles
Culture
All About the Myth of Achilles